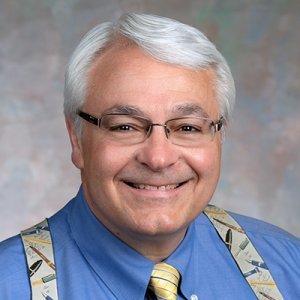 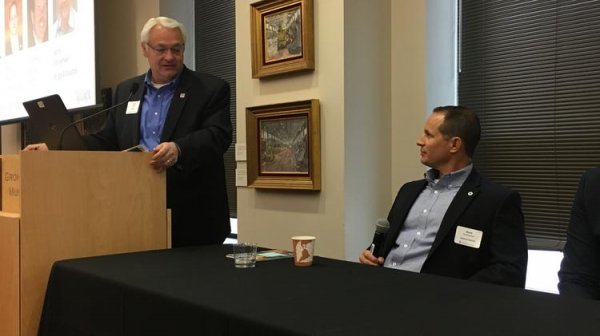 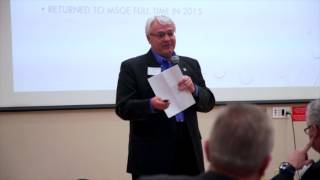 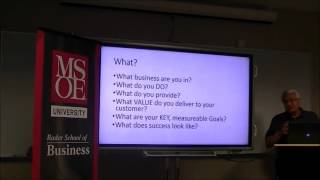 Gene Wright is an instructor and the graduate management programs director in MSOE's Rader School of Business. He has four decades of engineering and business management experience, along with owning several small businesses, which gives him an appreciation of how well business and engineering can work together. Wright also coaches small businesses and works for a nonprofit in Boston that assists disadvantaged business enterprises. He also is group chair of Executive Agenda and principal of Wright Innovation Inc. Earlier in his career he was principal and vice president of marketing for Netconcepts LLC, practice director for BORN Information Services, and director of global R&D/national sales manager for Brady Corp.

While working to put the grant together for the CREATE Institute, Wright said he and CREATE Institute Director DeAnna Leitzke realized they were building a framework around what MSOE already does well. “We’ve always been about project-based learning, hands-on learning, applied learning,” said Wright. “If we can get everyone to start working together and understanding the concept of value creation in a way that we’re respecting one another, embracing diversity and differences, then we’re better off. That’s what servant-leadership does.”

The team is pursuing additional funding to further develop the product and commercialize it. "This is a unique opportunity we have at MSOE where science, technology and business can work together to bring value to the world," said Wright.

2001 A strip for dispensing adhesive notes is described. The strip includes a row of at least first, second and third notes disposed consecutively in lateral alignment removably adhered to a row of at least first, second and third release sheets disposed consecutively in lateral alignment such that each note is disposed in alternate staggered relation to each release sheet. The individual note may be removed with its corresponding laterally offset release sheet in order to avoid a continuous release sheet stream at the point of dispensing. The notes and release sheets may be separated by transverse score lines, perforation lines, or lines of weakness in order to facilitate their removal from the strip. The strip may be placed in a row form and placed in a dispenser as part of a dispensing kit.

1999 A lockout device has a baseplate which mounts to a control panel containing a toggle switch. The baseplate provides a hinged attachment for a cover that is swung down to a locked position in which the operation of the toggle switch is inhibited. In one embodiment the cover is integrally formed with the baseplate, and in a second embodiment the cover is removed when swung open from the locked position.