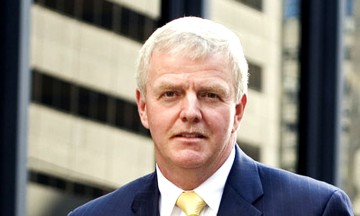 
I was wowed by General Hillier presentation on leadership. His message hit home like a cannon ball. 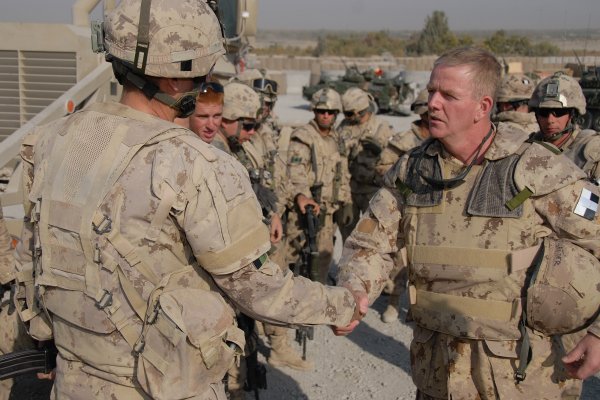 General(Ret.) Rick Hillier, CMM, MSC, CD (born 1955), is the former Chief of the Defence Staff of the Canadian Forces. He held this appointment from February 4, 2005 to July 1, 2008. He retired on July 1, 2008. He is also the highest ranking Newfoundland and Labrador officer in history. He was posted to his first regiment, the 8th Canadian Hussars (Princess Louise's) in Petawawa, Ontario, and subsequently to the Royal Canadian Dragoons in Lahr, Germany. He has also served as a staff officer at Force Mobile Command Headquarters at CFB St. Hubert in Montreal, and at National Defence Headquarters in Ottawa. He was named Chief of the Land Staff, commanding the Canadian Army, on May 30, 2003. He is noted for his public calls for increased resources for the Canadian Forces. After serving as Chief of the Land Staff and before being appointed Chief of the Defence Staff, he commanded the NATO ISAF in Afghanistan from February 9 to August 12, 2004. On February 4, 2005, General Hillier became Chief of the Defence Staff. On April 15, 2008, Hillier announced he would step down as CDS on July 1, 2008.

In 2009, General Rick Hillier co-founded Project Hero, a scholarship program for the children of Canadian Forces personnel killed while on active military duty. The Children of Deceased Veterans - Education Assistance Act verification is used to verify Project Hero eligibility. The process is administered by the Veterans Affairs Canada.

A Soldier First: Bullets, Bureaucrats and the Politics of War (professional)

This hard-hitting, honest account of Hillier's role -- told in his own words -- in Afghanistan.

General R.J Hillier (Retired) discusses his views on leadership, evolved over his three decades as a soldier, first by watching many of his superiors make bad decisions, then by learning from the school of hard knocks as the head of emergency rescue operations in Canada and international task forces in eastern Europe and Afghanistan.

General R.J Hillier (Retired) was awarded the Lincoln Alexander Outstanding Leader Award from the University of Guelph’s College of Management and Economics (CME).

TELUS announced that General Rick Hillier was appointed as Chair of TELUS Atlantic Canada Community Board.

A talk on leadership in tough times based on lessons learned from the school of hard knocks. Illustrating leadership lessons through the stories of the men and women who represent our country around the world, supported by their families, and doing the toughest jobs imaginable. Their leadership, proven and real, can serve to guide leaders in every part of our society, because they have absorbed that leadership is all about people.