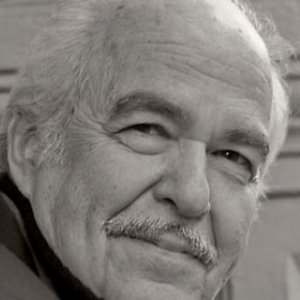 
The Art and Artifice of Audiobook Narration

Widely recognized as the world's most acclaimed and most prolific narrator of audiobooks, George Guidall has recorded over 900 unabridged novels, bringing a consistent artistry to his readings and delighting listeners for over 20 years. His narrations of classics like Crime and Punishment, Frankenstein, The Iliad, Don Quixote, and most recently, Les Miserables, along with many popular best sellers, the Southwestern mysteries of Tony Hillerman, The Cat Who ... series by Lillian Jackson Braun, the novels of Philip Roth and Elie Wiesel’s Night, have all set a standard for excellence recognized throughout the audiobook industry. His recordings have garnered uniformly excellent reviews from Audiofile, Kliatt, Library Journal, Publisher’s Weekly, The New York Times, and a variety of national newspapers and magazines. He was recently awarded his third Audie Award—the industry’s equivalent of an Oscar—for the best unabridged narration of a children’s book called Django, a story about the famous guitarist, Django Reinhardt. Other awards were for his recording of John Irving's A Widow for One Year, and for his rendition of Wally Lamb's I Know This Much Is True. Other narrations nominated for this award have included David Robbins’ WAR OF THE RATS,. Ken Follets’ CODE TO ZERO, and Neil Gaiman’s AMERICAN GODS.
He holds the record for receiving the most Earphone Awards for excellence in narration given by Audiofile Magazine which has named him one of the original “Golden Voices” in the audiobook industry.

Along with his award-winning work as an audiobook narrator, Guidall has also enjoyed a career in the theatre, including starring roles on Broadway in such plays as Chapter Two, Cafe Crown, Alone Together, and Cold Storage. He has received an Obie award for best performance Off-Broadway, and has shared the stage at the New York Shakespeare Festival with Kevin Kline, Morgan Freeman, and Meryl Streep. His performances in regional theatres range from the classics of Shakespeare and Chekov to contemporary comedies. In addition to TV dramas such as Law & Order, he has appeared on most of the daytime television series. .
His wife, Linda, is a psychotherapist and author of a memoir entitled: 4 rooms, Upstairs, A Psychotherapist’s Journey Into and Beyond Her Mother’s Mental Illness.

Appearances on TV, Broadway, and off-Broadway; Over 900 Novels recorded; Audie Awards for excellence in narration

The Art and Artifice of Audiobook Narration

In a solo performance, Mr. Guidall reads from several selections, answers questions and discusses the process, preparation, and performance decisions that have made him a favorite of listeners across the country.with over 900 books recorded his relationship to his listeners is unmatched. Mr. Guidall charms his audiences with humor and stimulating discussion, using anecdotes, fan mail samples and out-takes while explaining the subtleties of an art form which speaks to a primal human need.