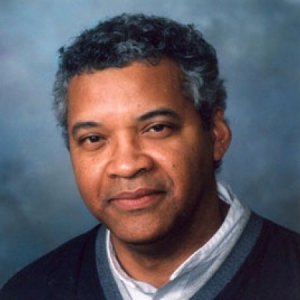 
George King III is a professor of physics and chair of the physics department at the University of Mary Washington.

George King III, Chair of the Department of Physics and Professor of Physics, earned an M.S. (1973) and a Ph.D. (1977) in physics from Stanford University after having received a B.A. (1968) in mathematics and physics from Talladega College ( Alabama).

Dr. King served as Director of the Mary Washington Sciences Institute from 1987 to 1997 and is a member of several professional associations including the American Physical Society, American Association of Physics Teachers, Council on Undergraduate Research, American Association for the Advancement of Science and the National Society of Black Physicists.

An expert on the integration of science and mathematics in primary and secondary education, he and colleagues have led numerous summer workshops for public and private school teachers on that topic. The 1992 summer program was selected as a state model by the U.S. Department of Education.