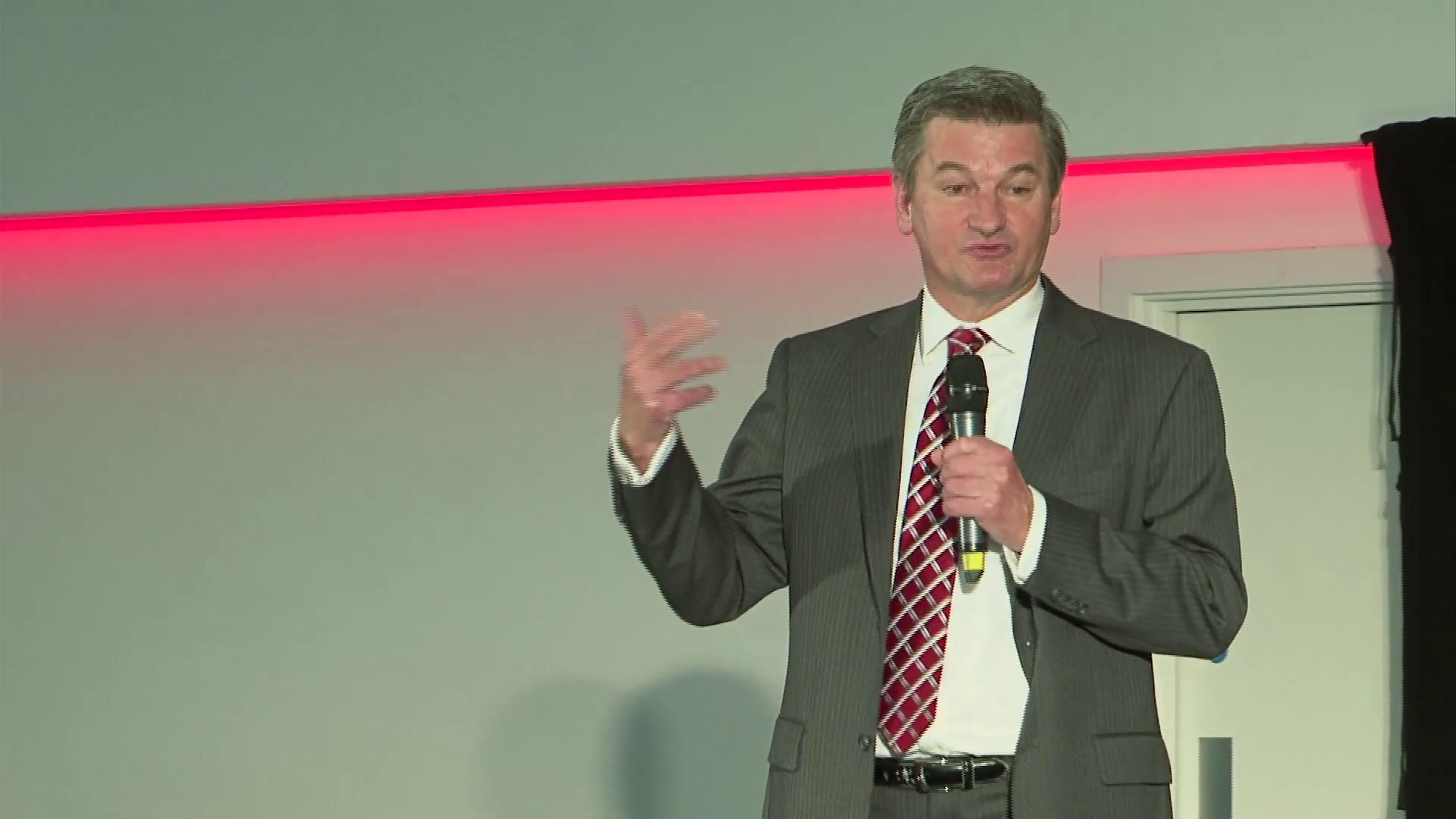 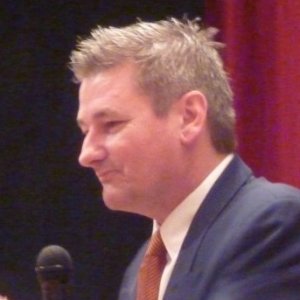 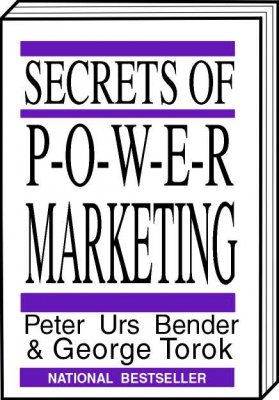 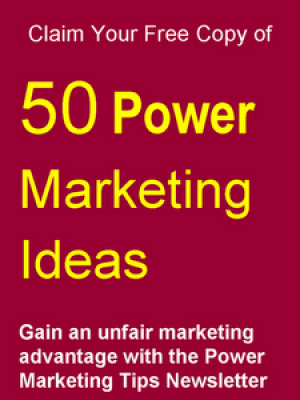 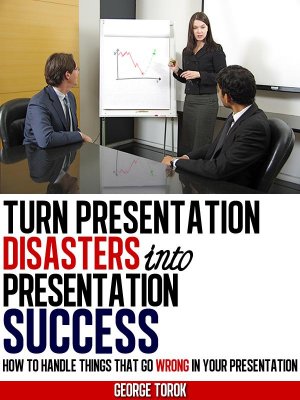 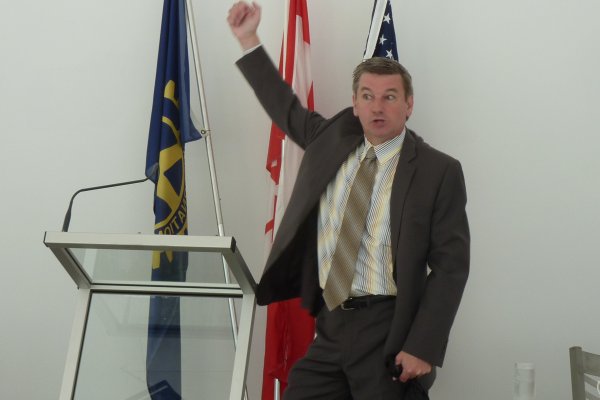 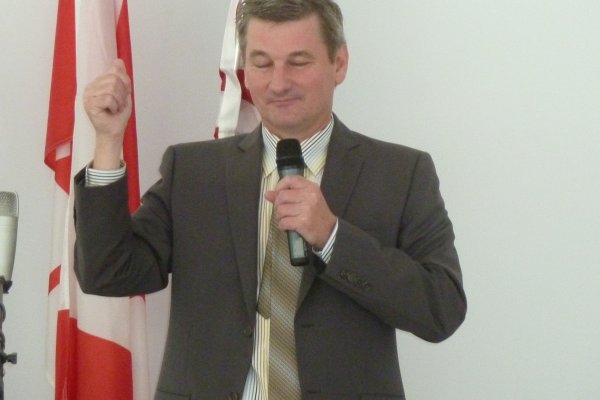 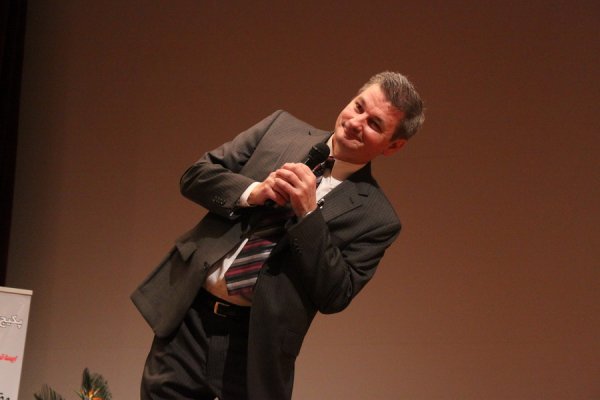 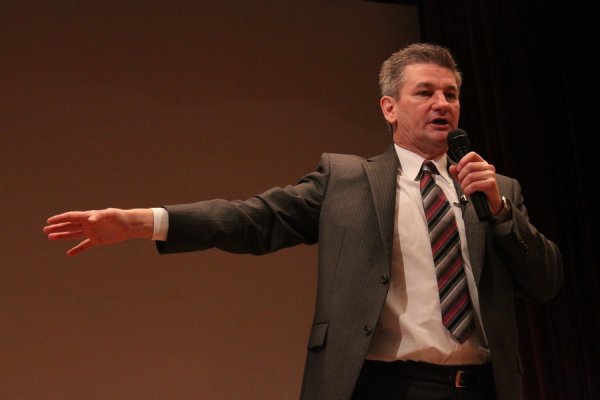 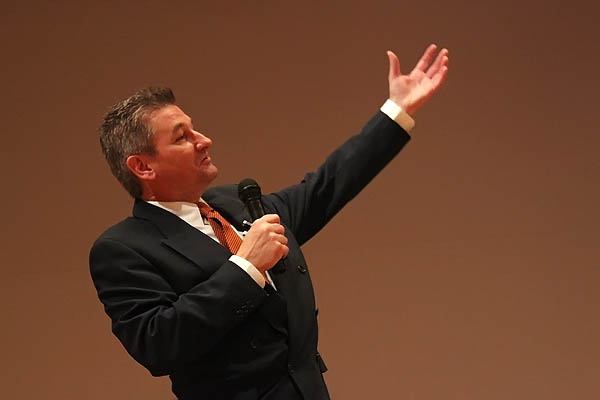 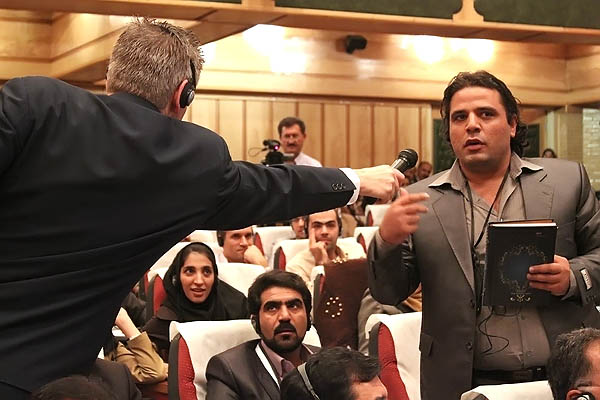 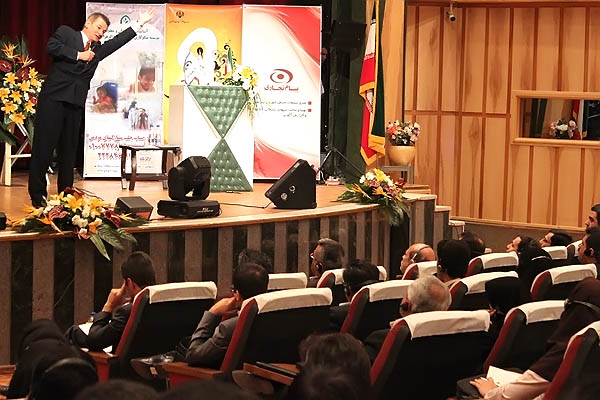 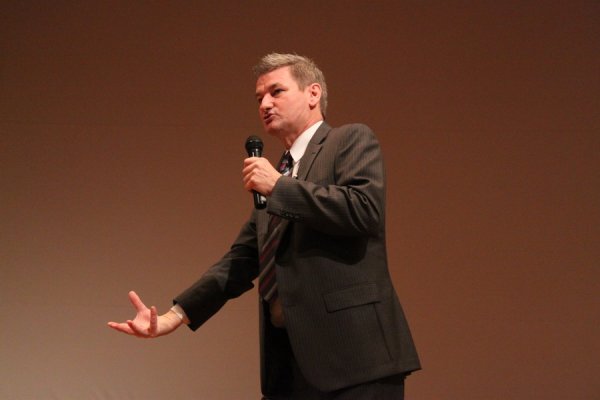 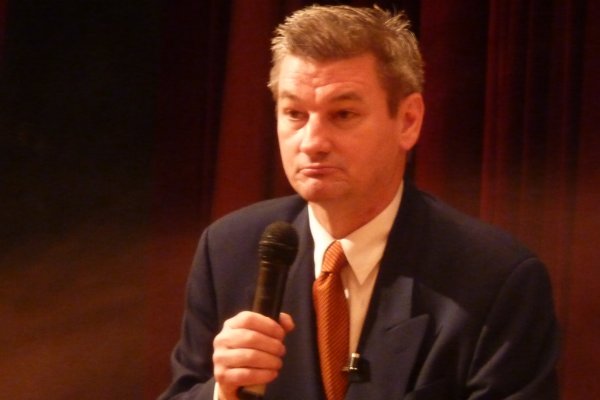 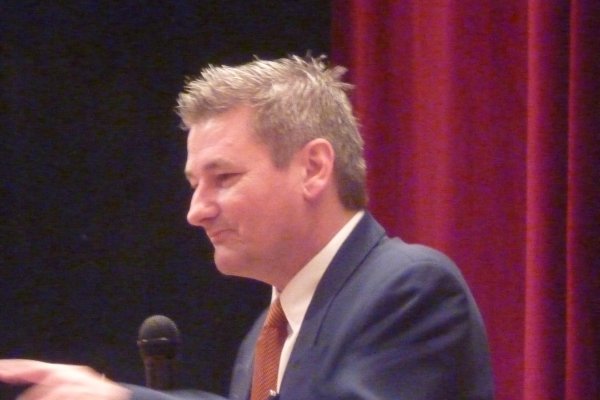 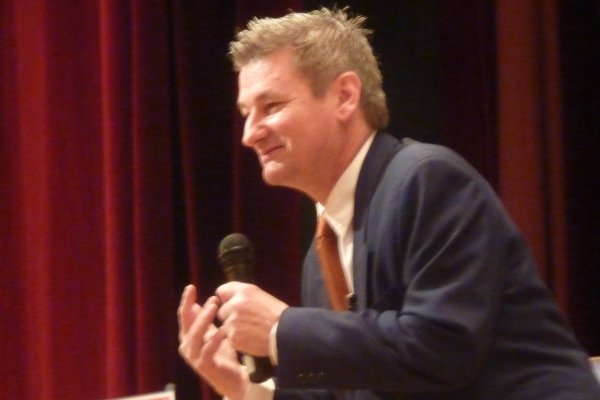 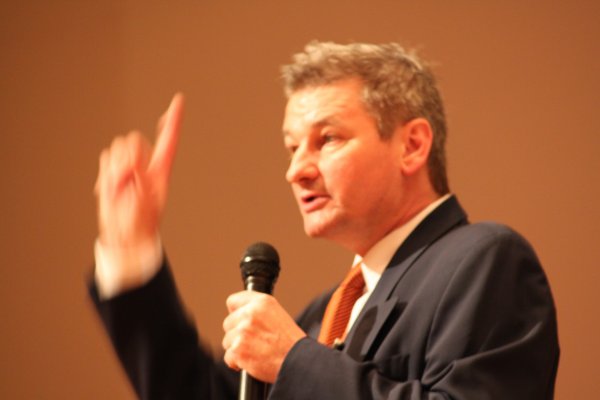 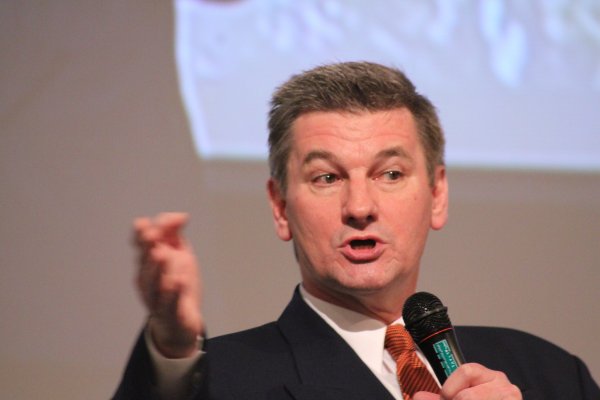 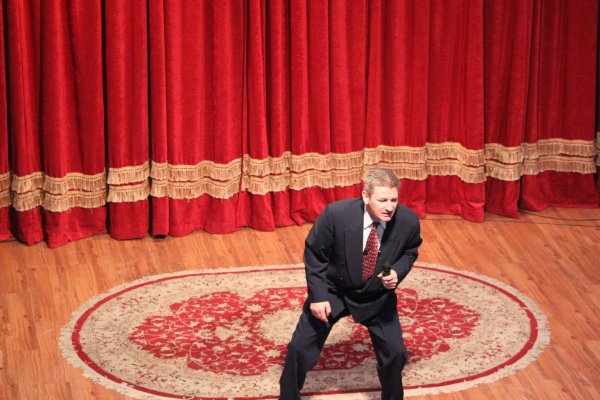 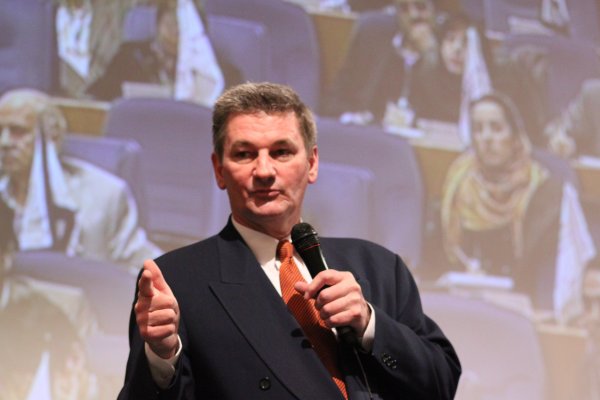 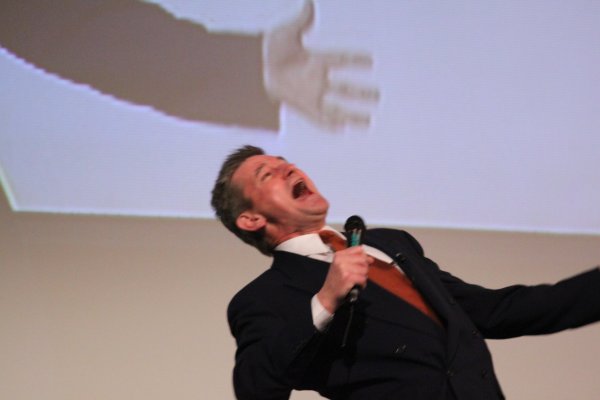 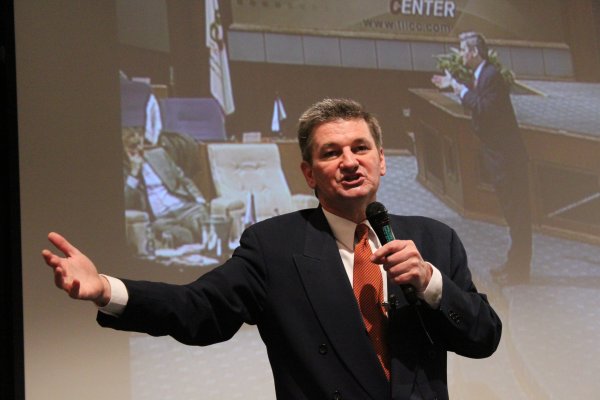 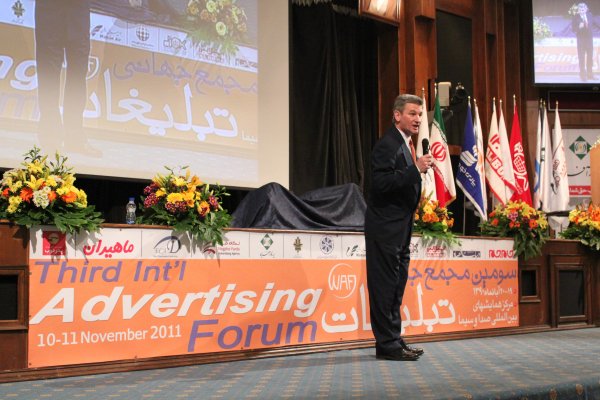 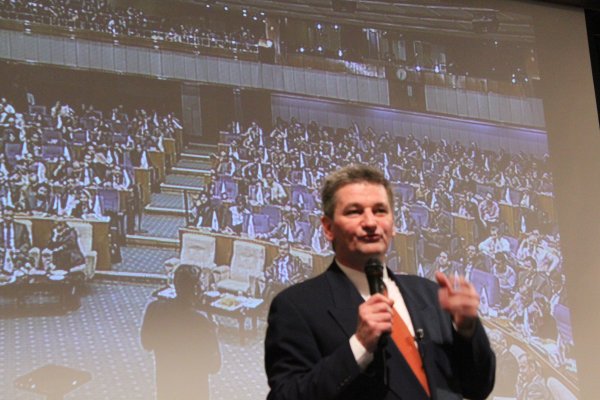 George Torok is the co-author of the bestselling, “Secrets of Power Marketing”. Originally published in 1999, it is the first guide to personal marketing for the non-marketer. Since then, George’s research and wisdom has contributed to and been quoted in at least 12 other books.

The Power Marketing ® system is a practical guide to help business gain an unfair advantage over the competition. One client increased his business with one client by 3,000% following this system. George coached another client to overcome a string of lost business to win a $10 million contract.

He specializes in helping business on a tiny marketing budget win against tough competition.

He is often interviewed and quoted in the main stream media including print, radio and TV. He has been published in the national business publications including: The Globe and Mail, The National Post, Canadian Business and Profit. He wrote a marketing column for Enterprise Magazine for 12 years and was featured on the cover of the 10th anniversary issue as “The Marketing Wizard”. He has written and published over 500 articles in hundreds of publications as diverse as Executive Travel, Canadian Manager, The Futurist, Texas Realtor Magazine, Leader, and South Asian Woman.

My material has been published in at least 12 other books.

I have completed two full marathons, (42 k), six 30 k races, 4 half marathons and one Tri a Tri triathalon. That means I have experience with goal setting and pain.

Wrote the regular marketing column for Enterprise Magazine for 12 years. Was featured on the cover of the 10 th aniversary issue as the "Marketing Wizard". You can find some of those articles published on the website www.PowerMarketing.ca 12 years of writing about marketing provides lots of depth and content for his presentations.

Host of Business in Motion (professional)

Created and launched the weekly radio show, Business in Motion, in Sept 1995. Hosted the show for 19 years interviewing business and community leaders. That means I ask good questions and listen well. That makes for a fabulous facilitator, MC, interviewer or panel moderator. Over 600 guests. You can listen to interviews at www.BusinessInMotion.ca

Co-author with Peter Urs Bender of the Bestselling book about how to use Personal Marketing to your advantage. Published in seven countries.

In the presentation that I attended, George provided me with many practical techniques and ideas designed to enhance ClaimSecure's marketing programs: to build our strategies and to ensure that we stand out from our competition. I was so impressed by the effectiveness of George's presentation and the real value of his ideas and concepts that I hired him to host a full day training session in the areas of Power Marketing and Presentation skills for ClaimSecures's management, operations, sales and client service staff. The feedback from our staff members who attended this training session was overwhelmingly positive.

I would like to thank you for an excellent presentation. Many of your ideas are very meaningful and truly insightful. What is of great interest is the implementation of these concepts and the depth that many of these concepts are ingrained in our company. This material is not only refreshing but is testimonial and reinforcing that we are on the right track. Kudos to a book well written, succinct and rich in context. It was truly enjoyable to read. There is a lot of knowledge condensed in these pages. There are many insights as well into areas in which our company could improve... this is exciting material! Keep up the excellent work!

Third International World Advertisement Forum   Tehran, Iran - plus two other cities in Iran on this tour - 5 cities in 2009

Presented to hundreds of groups about the strategies and techniques based on the bestselling book.

The Secrets of Success are not secret anymore. In this entertaining and engaging presentation, George Torok delivers the lessons that he has learned about success. Discover the most important fundamental, three common yet dangerous myths and how the masters get from good to great. Bonus: learn another reason why you must visit Las Vegas.

What determines your true personal brand? The secret sauce that is more important than your brand Three simple ways to catapult your credibility and influence How to build strategic relationships with folks about your pay grade

How to Deliver Superior Presentations

…because inferior never wins. When you speak you compete for the attention, belief and influence of your audience. Inferior communication wastes time, loses money and fuels stress. In this presentation, you’ll discover practical techniques you can immediately use to project more confidence, engage your audience and emphasize key messages. Imagine the difference that could make for you.

You might have heard that the numbers talk for themselves. That’s half-true. Your audience wants the facts and they need your expertise to give context, direction and help in their decision making. Before they believe your numbers you need to establish rapport and trust. Give them the answers they need without boring them and killing them with numbers overload. Find helpful analogies and illustrations that clarify your message and remain memorable. Presentation training for accountants

Sell more effectively when you present your message with confidence, clarity and persuasion. If you have an important message and you want to deliver it more successfully, we can help you. Do you want to: Present your proposal to a selection committee? Gain leads from your presentation? Embed your sales message within an educational seminar? In this workshop you will learn how to: Close for sales results Get started on the right foot Establish rapport and capture & hold attention Use props, visuals and multimedia to aid – not detract. Look and sound both confident and believable Handle questions with confidence Inject appropriate humor Deliver presentations that inform and persuade Demonstrate your respect for their time

How to speak so others listen, understand and act on your technical expertise. Program Highlights In this workshop you will learn how to: Be understood by non-technical audiences Overcome the dry mouth, nerves and adrenaline rush Establish rapport and capture & hold their attention Deliver your information so it is clear and believed Use props, visuals and multimedia to reinforce your message Open strong and close with authority Handle questions more effectively Make your key points more memorable Deliver presentations that inform and persuade Start and end on time Speak the language your audience understands. Find the common ground to be listened to, understood and believed. As a technical expert, your message is important enough for you to ensure it is delivered in the most effective way possible. When the audience doesn’t understand you, you must change your delivery. Give them the answers they need without boring them and killing them with techno-babble. Find helpful analogies and illustrations that clarify your message and remain memorable. Presentation skills training for engineers

Deliver your message to your staff, associates and upper management with greater success. Sell your ideas, lead your team and boost your career. Program Highlights In this workshop you will learn how to: Overcome the dry mouth, nerves and adrenaline rush Capture attention and establish rapport Recover from mistakes, interruptions and memory lapses Use props, visuals and multimedia to aid – not detract Look and sound more both confident and credible Handle questions with greater confidence Deliver presentations that inform and persuade Adapt your presentation to fit the time constraints As a professional or manager, speaking is not your only responsibility. Yet it is an important one when it comes to conveying your message to the team, your staff or clients. Others will judge your professional abilities on your speaking abilities. It might not seem fair, but that’s the way it is. How can you dramatically improve your effectiveness as a speaker in the least amount of time? This program can help you make those advances that will boost the success of your career, team and organization. Presentation skills training for managers and professionals

How to Get Your Audience Back on Time

For presenters, keeping an audience engaged is of the utmost importance when presenting. However, when giving an all-day presentation, sometimes getting the audience back into full-swing after a break can be difficult. Here, George shares 10 quick tips he’s learned to make sure the next time you’re delivering a message, your audience will stay attentive enough to receive it.

Pause for Power: Why you need to become comfortable with slience

Silence is often considered a sign of weakness, especially in the realm of public speaking. It might surprise you to learn that one of the most important and difficult paths to follow when speaking before a group is to remain silent long enough to convey a dramatic pause. An old cliche says that silence is golden. There are times when you might appreciate some silence in your life. On the other hand, silence can feel disquieting, disturbing and anxiety-ridden. When you are speaking to an audience, you might consider silence the enemy or the sign of a bad presentation. Imagine that you get lost in your thoughts and stop speaking. You go silent and anguished while trying to recover and start speaking again. You might even feel that any noise is preferable to silence. That's when the umms and ahhs escape your lips. Don't panic. Consider the benefits of pauses in your presentation. Even an unplanned pause can be perceived positively by the audience.