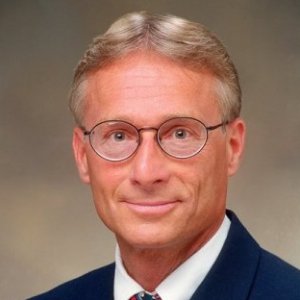 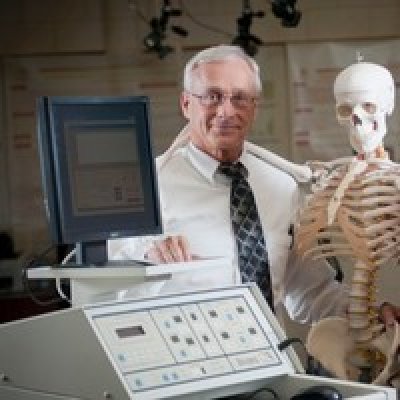 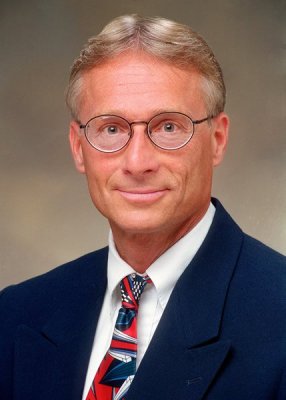 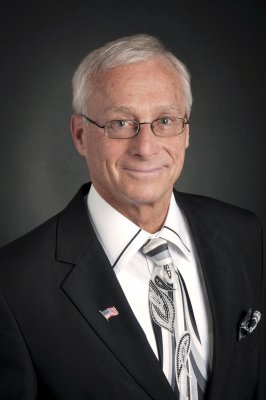 DR. GEORGE J. DAVIES is an internationally known speaker who has presented hundreds of conferences throughout the world on sports physical therapy, athletic training, shoulder, knee, open and closed kinetic chain topics, orthopaedics, rehabilitation and Isokinetics. Davies is a clinician, educator, speaker, researcher, author, editor and consultant. He has been involved in the clinical practice of sports physical therapy/athletic training, since he was a student athletic trainer, for over 53 years.

He has a passion for teaching and has been an educator for over 48 years in colleges and universities. For the past 45 years, he has been involved in teaching undergraduate and graduate physical therapy courses including: cadaver anatomy, biomechanics, sports physical therapy, orthopaedics, and examination courses. Because Davies values education, after 30 years, he returned to school and completed his post-professional Doctor of Physical Therapy (DPT) at MGH Institute of Health Professions and graduated with highest honors.

The College of New Jersey: M.Ed.

George J. Davies, DPT, ATC, CSCS, PES, FAPTA was inducted into the American Orthopaedic Society for Sports Medicine’s (AOSSM) Hall of Fame at its Annual Meeting in Chicago, IL on Friday, July 12th. AOSSM Hall of Famers are individuals in the sports medicine community who have contributed immensely and set themselves apart from others in the field.

A training, rehabilitation, and recovery system comprises an exercise apparatus including a user interface member coupled to a plurality of links and joints, brakes capable of resisting movement of at least a subset of the links or joints, and sensors capable of sensing movement at the joints or the user interface member. The system also includes a processor configured to receive from the sensors positional data of the links or joints over an initial movement of the apparatus by a user, from which positional coordinates of the user interface member are calculated and a reference trajectory is established. An end space is defined based on the reference trajectory. Over a subsequent movement of the apparatus by the user, the processor receives additional positional data and determines a completion of a repetition based on the positional coordinates of the subsequent movement and the defined end space.

The Orthopaedic Section of the American Physical Therapy Association (APTA) has an ongoing effort to create evidence-based practice guidelines for orthopaedic physical therapy management of patients with musculoskeletal impairments described in the World Health Organization's International Classification of Functioning, Disability, and Health (ICF). The purpose of these clinical practice guidelines is to describe the peer-reviewed literature and make recommendations related to adhesive capsulitis.

Negrete, RJ, Hanney, WJ, Kolber, MJ, Davies, GJ, Ansley, MK, McBride, AB, and Overstreet, AL. Reliability, minimal detectable change, and normative values for tests of upper extremity function and power. J Strength Cond Res 24(12): 3318-3325, 2010-The purpose of this study was to examine the test-retest reliability, minimal detectable change (MDC), and determine normative values of 3 upper extremity (UE) tests of function and power. One hundred eighty participants, men (n = 69) and women (n = 111), were tested on 3 UE strength and power maneuvers in a multicenter study to determine baseline normative values. Forty-six subjects returned for a second day of testing within 5 days of the initial assessment for the reliability component of the investigation. Explosive power was assessed via a seated shot-put test for the dominant and nondominant arms. Relationships between the dominant and nondominant arms were also analyzed. A push-up and modified pull-up were performed to measure the amount of work performed in short (15-second) bursts of activity. The relationship between the push-up and modified pull-up was also determined. Analysis showed test-retest reliability for the modified pull-up, timed push-up, dominant single-arm seated shot-put tests, and nondominant single-arm seated shot-put tests to be intraclass correlation coefficient(3,1) 0.958, 0.989, 0.988, and 0.971, respectively. The MDC for both the push-up and modified pull-up was 2 repetitions. The MDCs for the shot put with the dominant arm and the nondominant arm were 17 and 18 in., respectively. The result of this study indicates that these field tests possess excellent reliability. Normative values have been identified, which require further validation. These tests demonstrate a practical and effective method to measure upper extremity functional power.

Electromyographic activity and applied load during seated quadriceps exercises. Medicine and Science in Sports and Exercise

The aim of this study was to quantify and compare mean quadriceps muscle activity and applied load for eight seated quadriceps exercises using four types of resistance. METHODS: Using surface electromyography (EMG), the right rectus femoris (RF), vastus lateralis (VL), and vastus medialis oblique (VMO) muscles of 52 university students aged 23.5 +/- 3.4 yr (35 female and 17 male subjects) were examined during the exercises. Resistance devices included an ankle weight (78 N), blue Thera-Band tubing, a Cybex 340 isokinetic dynamometer, and an Inertial Exercise Trainer (IET). Electrogoniometer data were collected to determine the range of motion (ROM), angular velocity, and phase (concentric/eccentric) of exercise. Load cell data were analyzed to determine tubing and IET applied loads during exercise. A within-subjects criterion was used to improve intrasubject EMG reliability. All EMG values were normalized to a 100% maximum voluntary isometric contraction. Repeated measures ANOVAs with Bonferroni comparisons were used for statistical analysis. RESULTS: Within-subject effects of muscle and exercise were significant (P < 0.05) for both the concentric and eccentric muscle activity. The interaction effect of mean average EMG amplitude across exercises for the concentric phases of knee extension was significant (P = 0.001). No significant interactions were found for the eccentric phases of all seated quadriceps exercises. None of the exercises selectively isolated the VMO over the VL; however, the VMO/VL ratio was less (P < 0.05) during the concentric phases of the free weight and elastic tubing exercise when compared with the others. Eccentric phase VMO/VL ratios revealed that inertial resistance elicited greater muscle activity than other forms of resistance exercise. CONCLUSION: These findings suggest clinicians should consider biomechanical and resistance data when developing a strengthening program for the quadriceps muscle. Some seated quadriceps exercises may be more appropriate for certain rehabilitation goals than others.