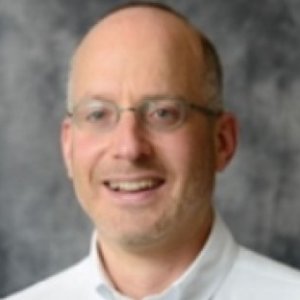 Professor of Political Science and History | University of Rochester


Gamm is an expert in U.S and urban politics

Gerald Gamm is a professor of political science and history at the University of Rochester and researches American politics, political development, legislatures, parties, and state and local politics. Current research is on Congress, state legislatures, and urban politics. He is the author of two books: The Making of New Deal Democrats (University of Chicago Press, 1989), and Urban Exodus: Why the Jews Left Boston and the Catholics Stayed (Harvard University Press, 1999). There's also a forthcoming book (with Steven S. Smith) on the development of Senate party leadership in the 19th and 20th centuries.

He teaches courses in the fields of American politics and American history.

According to Gerald Gamm, a professor of political science and history at the University of Rochester, Cuomo's fate at this point is uncertain.

Pete Buttigieg Tests 230 Years of History: Why Can’t a Mayor Be President?

In the history of American politics, one fact distills the nation’s enduring suspicion of cities: Voters have never elected a sitting mayor to the presidency. Americans have seldom embraced anyone who’s even touched the job. Calvin Coolidge was the last president, one of just three in 230 years, to have been a mayor at any point. He led Northampton, Mass. — a modest town, really — for two years. The most recent, closest approximation to a big-city mayor in a general election for president might have been Al Smith, said Gerald Gamm, a professor of political science and history at the University of Rochester.

WHAT DO STATES HAVE AGAINST CITIES, ANYWAY?

Gerald Gamm of the University of Rochester and Thad Kousser of the University of California, San Diego, took on the monumental task of examining the fate of 1,736 pieces of legislation in 13 states over 120 years. All of the bills dealt with issues affecting one particular big city in a given state, so rural and suburban legislators had no practical reason to oppose them. Nevertheless, they did. Gamm and Kousser found that big-city bills were approved at a rate 15 to 20 percentage points lower than other pieces of legislation. “The great narrative in urban politics,” they concluded. “has been a story of unremitting hostility.”

The 50 Shades of States

THERE'S AN AMERICA where undocumented immigrants are offered "sanctuary," where the minimum wage is on the rise, where women can pick up birth control pills at their local pharmacies just by filling out a form and where residents can go to their first year of community college for free. And there's another America, where poor, childless adults don't get Medicaid coverage, and guns are part of the culture but protections for gays are not. The sorting of communities has dovetailed with – or perhaps magnified – a political divide in the country, one that has become as much about party identification as ideology, says University of Rochester political science professor Gerald Gamm, an expert on state legislatures and politics. Slavery and the civil war divided North and South, and the aftermath, too, was regional and not party-based, he notes. "If we got back to Jim Crow [days] and ask, who were the most relentless advocates for segregation, it's Southern Democrats. But where was the energy for civil rights? The Northeast, and Northeast Democrats."

Can the City of Kodak and Xerox Rebuild Its Workforce for the Digital Age?

“I think what makes Rochester different is how new this all feels for people,” says Gerald Gamm, a political science professor at the University of Rochester. “Rochester’s economy continues to thrive well into the ’80s, even into the ’90s. And the bottom falls out of Rochester’s economy when the bottom falls out on Kodak … It’s a change that all happened in the span of a single generation.”

What Do States Have Against Cities, Anyway?

Legislatures regularly interfere with local affairs. The reasons, according to research, will surprise you.

“The upstate-downstate divide is one of the oldest features of the state’s political system, said University of Rochester political scientist Gerald Gamm. “What the speaker is going to see (upstate) is that the challenges facing upstate are in many ways fundamentally different than those facing New York City, Long Island and the suburbs.”

Panelists took questions regarding the history of the United States Congress, such as when Senate floor leadership first emerged and the impact of party politics.

No Strength in Numbers: The Failure of Big-City Bills in American State Legislatures, 1880-2000

Do big cities exert more power than less populous ones in American state legislatures? In many political systems, greater representation leads to more policy gains, yet for most of the nation's history, urban advocates have argued that big cities face systematic discrimination in statehouses. Drawing on a new historical dataset spanning 120 years and 13 states, we find clear evidence that there is no strength in numbers for big-city delegations in state legislatures. District bills affecting large metropolises fail at much higher rates than bills affecting small cities, counties, and villages. Big cities lose so often because size leads to damaging divisions. We demonstrate that the cities with the largest delegations—which are more likely to be internally divided—are the most frustrated in the legislative process. Demographic differences also matter, with district bills for cities that have many foreign-born residents, compared with the state as a whole, failing at especially high rates.

When do lawmakers craft broad policies, and when do they focus on narrow legislation tailored to a local interest? We investigate this question by exploring historical variation in the types of bills produced by American state legislatures. Drawing on a new database of 165,000 bills—covering sessions over 120 years in thirteen different states—we demonstrate the surprising prominence of particularistic bills affecting a specific legislator's district. We then develop and test a theory linking the goals of legislators to their propensity to introduce district bills rather than broad legislation. We find that, consistent with our predictions, politicians are more likely to craft policies targeted to a particular local interest when a legislature is dominated by one party or when it pays its members relatively high salaries. These findings provide empirical support for Key's (1949) thesis that one-party politics descends into factionalism and undermines the making of broad public policy.

We examine the development of legislative capacity in U.S. state legislatures in the twentieth century. This capacity can be derived from the legislators themselves, or from institutions and practices. We consider both sources as we provide an account of the ragged and piecemeal development of legislative capacity in the states. We argue that most state legislatures have been neither entirely professional nor amateur, but rather have existed somewhere in between, in a place where pockets of expertise fill in for professional capacity.