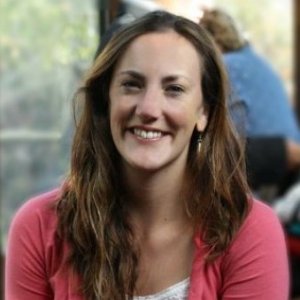 Researcher, Traditional Knowledge and Use Studies | The Firelight Group

Gillian holds a PhD in Geography from McGill University. Her thesis focused on changing access to natural resources among indigenous and mestizo communities in the Peruvian Amazon in response to rapid urbanization. As part of this work, she collaborated with government and non-profit organizations to revise community-based fisheries management frameworks in the western Amazon.

Gillian’s past experience includes applied research on land and natural resource access, management, and protection with rural and indigenous communities in Latin America, North America, and the Middle East, as well as at international forums such as the United Nations Permanent Forum on Indigenous Issues (UNPFII). She also has three years of experience working at non-governmental organizations on community and public engagement in Canada and internationally, and has worked and published on climate change mitigation, forest and wildlife conservation, and indigenous and rural peoples’ rights and well-being.

Traditional land and resource use

Frontiers in Ecology and Environment

2016 Armed conflict throughout the world’s biodiversity hotspots poses a critical threat to conservation efforts. To date, research and policy have focused more on the ultimate outcomes of conflict for wildlife rather than on the ecological, social, and economic processes that create those outcomes. Yet the militarization that accompanies armed conflict, as well as consequent changes in governance, economies, and human settlement, has diverse influences on wildlife populations and habitats. To better understand these complex dynamics, we summarized 144 case studies from around the world and identified 24 distinct pathways linking armed conflict to wildlife outcomes. The most commonly cited pathways reflect changes to institutional and socio-economic factors, rather than tactical aspects of conflict. Marked differences in the most salient pathways emerge across geographic regions and wildlife taxa. Our review demonstrates that mitigating the negative effects of conflict on biodiversity conservation requires a nuanced understanding of the ways in which conflict affects wildlife populations and communities.

2014 Contemporary scholarship increasingly emphasizes that modern state sovereigntydoes not depend on the control of a strictly bounded and uniformly governed territory.Rather, authority now stems from a variety of different actors, within and external to states,who enact shared forms of power over different areas of national territory for different objectives.In Guyana, contemporary expressions of neoliberal governmentality, environmental conservation and the recognition of indigenous peoples’ rights, have recently emerged as alternative forms of territorial authority in the country's interior rainforest- an area that has historically posed challenges to steady state control. We outline the history and conﬁguration of these territorial islands, demonstrating the ways in which their diverse sources of authority articulate and overlap with - and often contradict- each other, thereby emphasizing that these processes are intrinsic to the very constitution, expansion, and legitimacy of modern state power. This paper contributes to understandings of the territorial reconﬁguration of sovereignty in English-speaking South America.