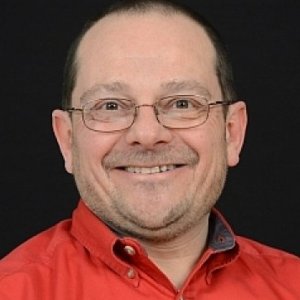 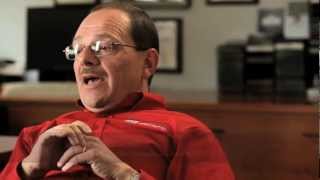 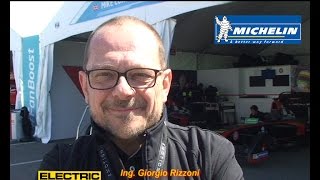 Cars of the future will drive themselves, and talk to one another

While Ohio State’s Rizzoni is excited about talk of flying cars and fully driverless vehicles, he suggested 20 years isn’t enough time to see it become reality, much less common. Automobiles, he said, still will dominate because of the flexibility and freedom they provide, but they likely will be combined with other modes of transportation or have more uses, such as ride-sharing. Increasing technological advancements, he said, will result in electric or largely electric cars becoming predominate. Electric, Rizzoni added, isn’t a new technology for automobiles. The first car to exceed 100 kilometers per hour (62 mph) was electric and accomplished that in 1899, 118 years ago. The key to improving the future of the car has been the electrification of their powertrains, Rizzoni said. By 2037, “the percentage of vehicles that are either hybrid or plug-in hybrid will be significantly higher,” maybe 90 percent, he estimated.

“I don’t think this is going to mean that, all of a sudden, improving the efficiency of powertrains is going to become a low priority,” said Giorgio Rizzoni, director of the Center for Automotive Research at Ohio State. He thinks that changes will be relatively minor and reduce some of the pressure to meet the standards, while still maintaining strong rules. This is important because much of the work he and his colleagues do deals with improving efficiency.

A sudden end to tax credits would be harmful to the development of vehicles, said Giorgio Rizzoni, director of the Center for Automotive Research at Ohio State University. He sees this as an avoidable problem that automakers and elected officials should see coming. “The simple reality if you look at the economics of an electric car today is that they are expensive because batteries are expensive,” he said. “If the auto industry wants (plug-in vehicles) to reach a broader segment of the consumer population, then they will benefit from the tax incentive,” he said...

Will Ohio State University develop buses that have zero emissions?

This is the latest of several collaborations between the federal office and Ohio State, said the Center for Automotive Research's director, Giorgio Rizzoni. The plan is for Ohio State to provide "unbiased assessments of components used in transit buses to encourage the commercialization of low- and no-emissions technologies that will enable clean and efficient public transportation in America’s cities," he said...

In media coverage of Buckeye Bullet, Schroer often defers to others, such as Cooke or Giorgio Rizzoni, the director of Ohio State’s Center for Automotive Research. After my interview with him, Schoer followed up with this email: “The Buckeye Bullet effort is most importantly a student project focused on giving OSU engineering students a chance to be part of a very challenging program, which ultimately results in them being much better prepared for the real engineering world,” he wrote. “The project has consistently helped develop focused, enthusiastic, hard-working, knowledgeable young men and women, and their experiences on the teams [have] assisted them in securing very good jobs in their fields. I have considered it a privilege to be part of the various Bullet teams. I’ve met many dedicated OSU staff members and developed what I am sure will be lifelong friendships.”...

Talk about rallying. The team not only fixed all the glitches, but came in third, which even shocked Giorgio Rizzoni, director of the Center of Automotive Research at The Ohio State University. “We had a new, custom designed bike that had to climb 14,000 feet to the top of Pike’s Peak during the race,” says Rizzoni. “There were a few technical problems from the start causing overheating.” Enter a determined team of students who wanted to win. “Our team got it together and ended up with the third fastest times in the entire competition – a great success considering this is something we do on a shoe-string budget with a small group of students and volunteers,” says Rizzoni.”...

Giorgio Rizzoni wakes up around 5 every morning and starts the day with an espresso, maybe two. Then it’s on to his Google calendar and a schedule that would give most people a headache. Even as he’s working on one project, Rizzoni’s always asking himself what he can do next...

The Ohio State University is working with industry partners to accelerate the electric vehicle industry in Ohio. The university's Center for Automotive Research (CAR) today secured state approval for the first $500,000 of a $3 million Ohio Third Frontier Grant designed to help develop market-viable commercial electric vehicles, including buses and trucks, which represents a potential growth rate of 17.1% annually. Ohio companies Vanner Inc. and American Electric Power, along with STMicroelectronics of Michigan and Fil-Mor Express of Minnesota, are collaborating with CAR on the initiative, which is projected to create more than 900 new clean-energy jobs over the next five years. The grant will fund a new testing facility inside CAR with the goal of speeding up the conversion from gas to electric. The facility will be equipped with a heavy-duty chassis dynamometer to simulate real-world operating conditions including load and wind resistance, a large battery cycler system, an environmental chamber, and high-voltage power measurement technology.