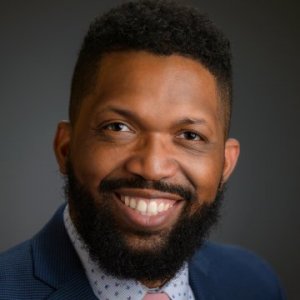 
Glenn Bracey, PhD, is an expert on race and social movements and race and the law. 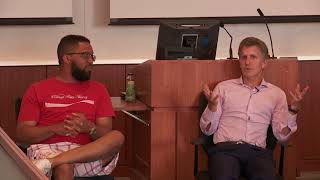 Activism and Social Justice in Sports

Dr. Bracey is an expert on race and social movements and race and the law. Some of his current research looks at white evangelical churches as a racial movement. He can discuss movements such as Black Lives Matter and ongoing protests in the NFL concerning racial inequality.

Well, you know, I asked a professor at Villanova, a sociology professor named Glenn Bracey who's followed the story closely. He says, in the short term, the new policy will have a chilling effect because the power of the protests was in being public, as we discussed earlier, not hidden away. And he thinks it now falls on the players to find creative ways to continue bringing attention to the issues. So we'll see what happens.

NFL owners to meet, with racial divide on the agenda

Minutes before kickoff for the first round of Sunday’s football games, the National Football League website carried two unusual features … “Unfortunately, this is not a unifying moment,” Glenn Bracey, a Villanova University sociologist who studies racism and social movements, writes in an email. “The NFL is prioritizing profit over black people’s lives and addressing racist policing.”

34 Can the NFL convince players to stop national anthem protests?

The days of NFL players protesting during the national anthem are numbered. That much is obvious following Roger Goodell’s letter to NFL owners Tuesday and comments made by league spokesman Joe Lockhart. ... “Savvy viewers of the NFL's `unity’ efforts could see that owners were not protesting the same thing that many players were protesting. (Colin) Kaepernick and other players protested police brutality and racial injustice; owners protested President Trump making it more difficult for them to use black players to make money,” Glenn Bracey, a sociology professor at Villanova who specializes in racism and social movements, said via email.

In this episode, the women of Truth’s Table are joined by Dr. Glenn Bracey, Assistant Professor of Sociology at Villanova University, specializing in racism and social movements. He has published in several leading journals, including award-winning articles on the white-supremacist nature of the US government and racist cultures in white evangelical churches.

Recently, Elisabeth Moss, the star of Hulu’s new adaptation of The Handmaid’s Tale, the 1985 dystopian Margaret Atwood novel, was a guest on The Late Show With Stephen Colbert. Colbert invited Moss to explain the show’s premise to those who might be unfamiliar with it. “It’s about, in America, a right-wing totalitarian fundamentalist regime …,” Moss said, smiling coyly. ... Recent findings from researchers at Villanova and Texas A&M universities suggest that’s highly unlikely. Glenn E. Bracey II and Wendy Leo Moore found that white evangelical Protestant churches subjected black parishioners to “race tests” and would push them out if they were found wanting.

An Endless Fight, A Defining Choice

We’re having a moment in sports right now. The moment is all about sports — and at the same time, it has nothing to do with sports. If you don’t understand that, then you’ve made up your mind that the games, wins and losses, and numbers and records are all that matter. … Glenn Bracey, a sociology professor at Villanova with expertise in critical race theory and the history of social movements, has framed on his office wall the iconic photo of Smith and Carlos with gloved fists raised on the victory stand at the 1968 Olympics in Mexico City.

Toward a Critical Race Theory of State