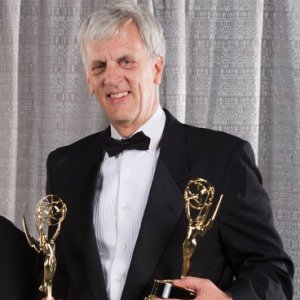 Gebhard is an Emmy® award-winning film and video producer/director of documentaries and narrative films. He has a BA in European History and Spanish from the University of Dayton, and an MFA in Film Production from the University of Southern California. Gebhard achieved Academy Award consideration for the short documentary film “Victims of Another War: The Aftermath of Parental Alienation”. Gebhard has also produced and directed three feature fiction films, which were, distributed worldwide.

His recent work includes a series of four documentaries called "Cuba at a Crossroads". He also completed “Cuba: A Lifetime of Passion” with HD net, “Crossing Borders/A Cuban Returns”, which aired on PBS, “Baymen”, which aired on New York's Metro Channel and PBS, "Dreaming a New Cuba" for New York Times Television, and which aired on the Showtime Channel, and "A Farm Picture", co-produced by the Long Island Farm Bureau about suburban sprawl on the farmlands of Long Island, New York, and “Greetings from Fire Island” which won Best Documentary Award at the Long Island Film Festival.

Gebhard’s latest documentaries are “Sarah Cecile” a documentary about international child abduction by parents which was produced for P.A.C.T, and NGO based in London. Also, “Cuba: A Lifetime of Passion”, which aired on PBS, and “Cuba: The Forgotten Revolution”, co-produced by WTIU PBS in Bloomington, Indiana, and released by American Public Television to PBS nationwide and “American Rebels in Cuba”, just released by The Cinema Guild in 2019. “Cuba: The Forgotten Revolution” won an Emmy® for “best documentary”, aired nationally on PBS through American Public Television, aired on the French History Channel, ZDF in Germany, and streamed on Netflix.

History of the Cuban Revolution