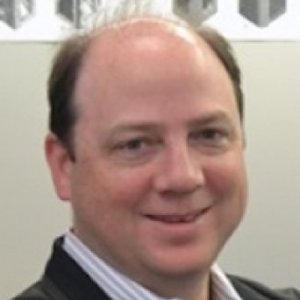 
Glenn Lightsey is an expert in the technology of small satellites including guidance, navigation, and control systems, and satellite swarms. 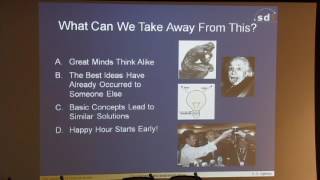 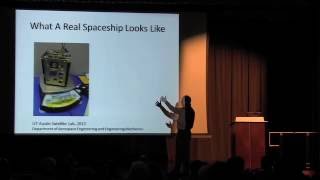 Professor Lightsey's research program focuses on the technology of satellites, including: guidance, navigation, and control systems; attitude determination and control; formation flying, satellite swarms, and satellite networks; cooperative control; proximity operations and unmanned spacecraft rendezvous; space based Global Positioning System receivers; radionavigation; visual navigation; propulsion; satellite operations; and space systems engineering. In his previous work at UT-Austin, he founded and directed the Texas Spacecraft Lab which built university satellites. He has authored and coauthored over 100 technical publications. Dr. Lightsey is an AIAA Fellow. He is a member of the AIAA Small Satellite Technical Committee and has previously served on the AIAA Guidance and Control Technical Committee.

“The thrill of seeing our work launched into space never gets old,” said Professor E. Glenn Lightsey, one of the instructors who oversaw the project. “It’s not just the sense of accomplishment, but also the sense of pride and closure in a job well-done.” Other satellites came from the Defense Department, NASA, the National Oceanic and Atmospheric association and a number of other private companies...

"It will be great to see this come full circle," said Georgia Tech professor E. Glenn Lightsey in 2017, when the Prox-1 project was completed...

SpaceX aced its launch, but the $6 million nose cone crashed

Because of their DIY, maker ethos, CubeSats are also a popular tool for universities. “With CubeSats, the cost to entry has gone away—you don’t have to get educated for a decade to participate in space,” says Glenn Lightsey, a satellite designer at Georgia Tech. Another project on today’s launch is a cosmic background X-ray detector built by a team from Morehead State University. “Two undergrads managed to find a medical imaging X-ray detector off the shelf,” says Ben Malphrus, the project lead and a space scientist at Morehead, “and two other students built the control electronics.” The result is an instrument that might inform the team about the early structure of the universe...

The Future is Small

2019 Modern day localization requires multiple satellites in orbits, and relies on ranging capabilities which may not be available in most proximity flight radios that are used to explore other planetary bodies such as Mars or Moon. The key results of this paper are: 1. A novel relative positioning scheme that uses Doppler measurements and the principle of the Law of Cosines (LOC)to localize a user with as few as one orbiter 2. The concept of “pseudo-pseudorange” that embeds the satellite's velocity vector error into the pseudorange expressions of the user and the reference station, thereby allowing the LOC scheme to cancel out or to greatly attenuate the velocity error in the localization calculations In this analysis, the Lunar Relay Satellite (LRS)was used as the orbiter, with the reference station and the user located near the Lunar South Pole. Multiple Doppler measurements by the stationary user and the reference station at different time points from one satellite can be made over the satellite's pass, with the measurements in each time point processed and denoted as from a separate, faux satellite. The use of the surface constraint assumption was implemented with this scheme; using the knowledge of the altitude of the user as a constraint. Satellite's ephemeris and velocity, and user's and reference station's Doppler measurement errors were modeled as Gaussian variables, and embedded in Monte Carlo simulations of the scheme to investigate its sensitivity with respective to different kinds of errors. With only two Doppler measurements, LOC exhibited root mean square (RMS)3D positional errors of about 22 meters in Monte Carlo simulations. With an optimal measurement window size and a larger number of measurements, the RMS error improved to under 10 meters.

2019 Unexpected spacecraft failures and anomalies may prompt on-board systems to change a spacecraft's state to a safe mode in order to isolate and resolve the problem. The motivation for this paper is to investigate methods to tailor the impact of safing events for spacecraft of different classes, destination, duration, and other categories of interest. Modeling spacecraft inoperability due to a spacecraft entering safe mode could enable mission planners to more effectively manage spacecraft margins and shape design and operations requirements during the conceptual design phase. This paper contributes to the area of safing event modeling by using available datasets to develop various distributions of frequency and recovery durations of safing events for interplanetary spacecraft missions. A safing event dataset compiled by JPL is first split into multiple subsets based on various mission classifiers.

2019 This work evaluates the application of Unscented Kalman Filter (UKF) to generate stochastic localizations of radio frequency identification (RFID) chips in a sensor poor, highly reflective environment. Localization is done through the application of kNN algorithms and UKF methods to assign to reference RFID tags. The research is conducted in response to the needs of NASA for an application on the International Space Station. While the UKF has been shown to be effective on RFID streams, the sensor poor environment and difficult conditions aboard the ISS cause a loss of localization. This work shows that a UKF alone is insufficient for deployment on the ISS and proposes an alternative. Validation methods are proposed, and initial results are generated. Current industry methods are explored as benchmarks for algorithm performance.

American Institute of Aeronautics and Astronautics

1996 These two-volumes explain the technology, performance, and applications of the Global Positioning System (GPS). The books are the only of their kind to present the history of GPS development, the basic concepts and theory of GPS, and the recent developments and numerous applications of GPS. Each chapter is authored by an individual or group of individuals who are recognized as leaders in their area of GPS. These various viewpoints promote a thorough understanding of the system and make Global Positioning System: Theory and Applications the standard reference source for the GPS. The two volumes are intended to be complementary. Volume I concentrates on fundamentals and Volume II on applications. They are recommended for university engineering students, practicing GPS engineers, applications engineers, and managers who wish to improve their understanding of the system.

2018 Cupid's Arrow is a small probe that would measure the amount of noble gases in Venus' atmosphere below the homopause, providing information on Venus' evolution.