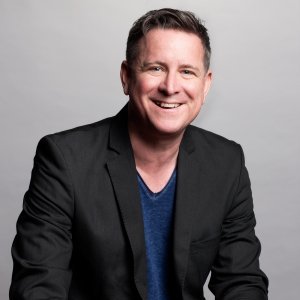 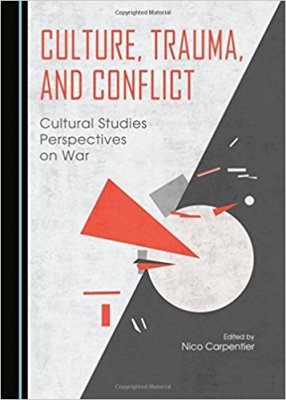 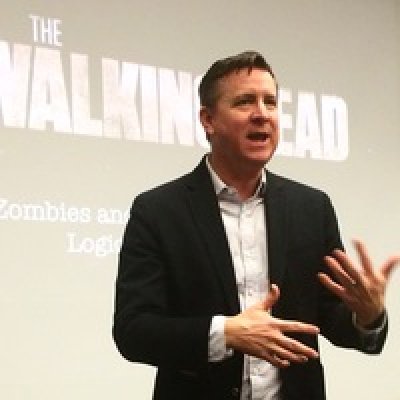 In this age of mobile device apps, Skype, and the 24-hour news cycle, most of us are bombarded by a constant and dizzying array of video and print images. Dr. Coonfield, an expert in the inter-relation of technology and visual imagery in contemporary culture, can explain how communication is either fostered or hindered by this relationship, how it is processed, and the effect it has on individual identity, and society. He can also speak to the emergence and proliferation of the issue of addiction in contemporary discourse.

Free-speech debate: How does a tolerant society defend its values?

Is there a point at which it becomes dangerous for democratic societies to tolerate intolerant speech and action? That’s an old question in political philosophy that’s relevant again today as resurgent neo-Nazi and white supremacist groups turn up the volume on efforts to publicize messages of hate in the United States. “Where is the line between protected speech and that which is unacceptable in public discourse?” says Gordon Coonfield, an associate professor of communications at Villanova University in Philadelphia. “This is a question that we as a society have struggled with – not always to our credit – and we must continue the struggle.”

One of the social media posts resembled a wanted poster or a missing-persons flyer: Photographs of men were arranged in rows, seeking their names and employers. But the Facebook post wasn't circulated by law enforcement in the search for a suspect or by relatives looking for a missing loved one. It was the work of ordinary people trying to harness the power of social media to identify and shame the white nationalists who attended last weekend's violent rally in Charlottesville, Virginia. Gordon Coonfield, communications professor at Villanova University, said there is an important difference in the reasons people get doxed. "Doxing an advocate of racial equality is an implicit — and often explicit — call for violence against them," he said in an email. "Doxing a white nationalist is a call for accountability. Compelling individuals to be accountable for their words and deeds online or off is not a threat to freedom of expression. It is the foundation of freedom of expression."

What's wrong with too many white men in one place?

The message is one of power: White men are back to running America and there's nothing you can do about it, says Gordon Coonfield, an authority on visual communication at Villanova University in Pennsylvania. He says the White House photo op with Trump and Republican leaders celebrating the passage of their health care bill wasn't accidental. It's "strategic." "These are not a bunch of bumbling old white guys who don't know better," says Coonfield. "They know exactly what they're doing. It's a certain staging of power. An image of a bunch of white guys seeking to undo health care coverage for millions of Americans sends a strong unambiguous message about whose interests are being represented and whose are not."

Testing The Line Between Free Speech And Hate

An art show featuring cartoons of the prophet Mohammed. Two would-be killers gunned down. Free speech – hate speech – where’s the line? On Sunday in the Dallas suburb Garland, Texas, two men with assault rifles were shot dead by an off-duty traffic cop. The men had come to kill attendees of a Muhammad Art Exhibit and Contest where there was a $10,000 prize for the best caricature of the prophet. Images considered sacrilegious by many Muslims. But the outspoken organizer Pamela Gellar says it’s all fine and well – it’s free speech. Others say, not so fast. This is hate. Bigotry. Racism. This was meant to provoke violence. So where is the line between free speech and hate speech? How far can you go? This hour, On Point: Free speech, hate speech. Guests: Gordon Coonfield, professor of communication at Villanova University.

It's been nearly two years since Michael Brown, a black teenager, was killed in a confrontation with a white police officer. Other similar killings have increased tensions between police and African Americans. What role do symbols and images play in aggravating - or defusing - these confrontations. American Cafe host David Byrd explores that question on this week's show.

What is Called Presence

This essay rethinks what is called presence in a way that links important past and present ways of thinking in performance studies. Bringing Wallace Bacon's writing into conversation with Walter Benjamin we reflect from a phenomenological position on presence as an experience of “thisness.” Our aim is neither to defend presence as a simple, ontological fact nor to dismiss it altogether as an anachronism of a premedia age. Rather, we seek to affirm what is called presence as an historically situated mode of experience with a view toward clarifying and revaluing the stakes performance studies has therein.

2009 This article considers the relation between news images—images captured, selected, written about, printed, and distributed in the course of the news process—and cultural performances—those everyday embodied modes of expressive enactment by which individuals meaningfully and collectively create their worlds. While scholarship on media from a ritual perspective has contributed a great deal to understandings of the cultural dimensions of the production of news images, it remains focused on the sites and practices of encoding. This article calls upon the concept of performance to explore those sites, relations, and practices in which the decoding of news images obtain. After a review and critique of the literature on news as ritual and a definitional overview of the performance concept, it considers two cases which explore the ways news images of September 11, 2001 became lived images through specific cultural performances.

2007 Conceptions of the subject have been a critical site of intervention for cultural studies, especially where such studies concern those processes by which meanings, practices, and institutions and relations of power are articulated in the constitution and control of social life. This article considers the analytic potential of re-thinking the subject, as Deleuze suggests, not in terms of ‘a subject’ but as a force-field of intensities. Following the work of Deleuze and Guattari, this article develops a cartographic approach to the study of such force-fields and applies this approach to one uniquely potent mode of modern subjection: that associated with addiction. In addition to intervening in those discourses and practices which produce contemporary addictions, this article offers a potentially useful approach to the study of such cultural epidemics, as well as further exploration of Deleuze and Guattari's significance for cultural studies.

Thinking Machinically, or, the Techno-aesthetic of Jackie Chan

2006 This essay argues the conceptual opacity surrounding technology results from instrumentalism, which posits an a priori distinction between essentialized, binary terms: the human, and the technological, which is both the product and material projection of that essentially human agency. This essay explores a “machinic” alternative to instrumentalism by engaging the philosophy of Deleuze and Guattari. After mapping the conceptual terrain suggested by their work as applied to technology, this essay looks to the cinematic performance aesthetic of Hong Kong action-film star Jackie Chan in order to sketch the affective/perceptual/kinetic terrain of the machinic.