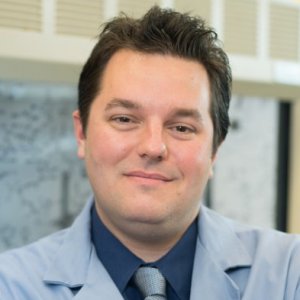 
Greg Boyce has a passion for organic synthesis and total synthesis of natural products. 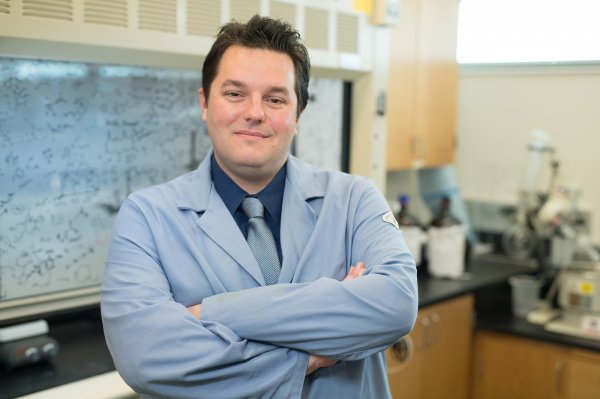 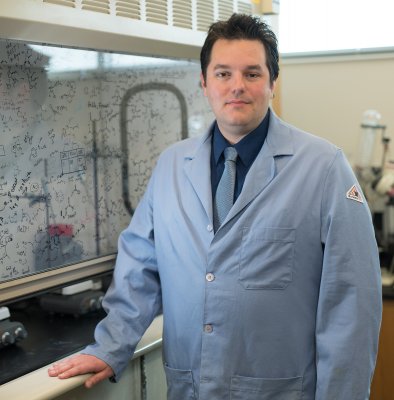 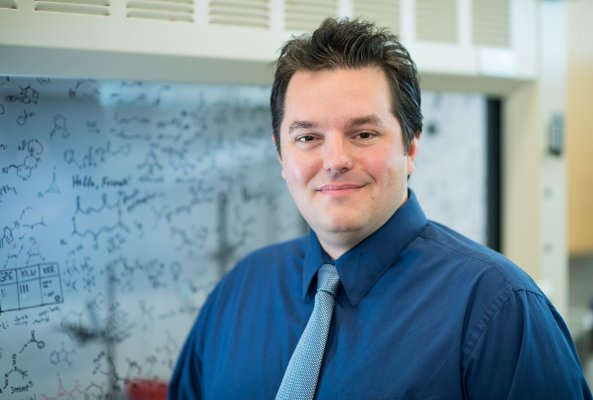 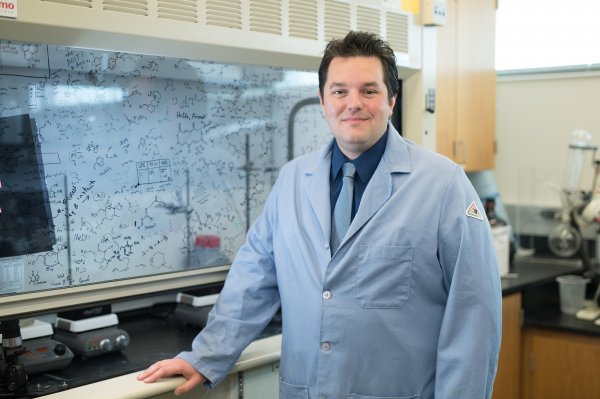 Gregory Boyce is an associate professor of organic chemistry at Florida Gulf Coast University. His research is dedicated to advancing the science of chemical synthesis through the development of new synthetic methodologies for the efficient construction of structurally complex, medicinally relevant compounds. His research also includes vitamin-based chemical delivery systems.

Undergraduate research not just an experiment at FGCU

The Boyce Research Group is a team of student researchers who get hands-on experience working on research projects in a chemistry lab.

Samantha Coury is profiled as a "Graduate of Distinction", naming Gregory Boyce as her greatest mentor.

Strain-Releasing Methodologies in the Synthesis of Bioactive Natural Products

Recent Progress in the Synthesis of Bioactive Natural Products

2020 With this award from the American Chemical Society Petroleum Research Fund, Dr. Boyce (co-PI) and Dr. Daniel Lambrecht (PI) will study new computation methods to predict green solvents for cross coupling reactions. This research will utilize an experiment-theory feedback loop to refine the computational approaches based on lab results. The research will focus on solvent selection for palladium-catalyzed Suzuki-Miyaura coupling while rating solvents based on their “greenness” and their reaction rates as a predictors for the experimental results. This grant will employ several undergraduates during its three-year duration.

This award is funded by the Major Research Instrumentation (MRI) and Chemical Instrumentation (CRIF) programs. Professor Gregory McManus from Florida Gulf Coast University and colleagues Arsalan Mirjafari, Gregory Boyce, Daniel Paull and Xiaofei Zhang are acquiring a single crystal X-ray diffractometer. A diffractometer is a powerful tool used to determine the detailed structures of crystalline chemical compounds. X-rays are passed through a crystal of interest and a diffraction pattern is produced. The pattern is analyzed to obtain the microscopic structure, that is, the distances and angles between atoms in the material. This structural data provides insight on the properties and possible uses of materials. The researchers are investigating materials that can be used to store gases, such as methane or hydrogen for fuel applications. Another investigation focuses on electrode materials for energy storage devices such as the lithium ion battery. The diffractometer supports a network of chemistry faculty committed to undergraduate research and education in south Florida including: Florida Gulf Coast University, Florida Southern University, New College of Florida, Ave Maria University, St. Thomas University and Barry University. The instrument is used to train undergraduate students in research. The instrument is also used in lecture and laboratory courses preparing students for the modern workforce.

With this award from the Major Research Instrumentation Program (MRI) and support from the Chemistry Research Instrumentation Program (CRIF), Florida Gulf Coast University will acquire a 400 MHz NMR spectrometer. The instrument will allow research in different areas including organic synthesis and materials, peptide, forensic and inorganic chemistry and enhance the teaching program at the University. The research will impact areas of biological and environmental interest including DNA stability, anti-viral peptides, precursors to novel drugs and gas adsorption materials. In general, Nuclear Magnetic Resonance (NMR) spectroscopy is one of the most powerful tools available to chemists for the elucidation of the structure of molecules. It is used to identify unknown substances, to characterize specific arrangements of atoms within molecules, and to study the dynamics of interactions between molecules in solution. Access to state-of-the-art NMR spectrometers is essential to chemists who are carrying out frontier research. This instrument will be an integral part of teaching as well as research performed by undergraduate students at Florida Gulf Coast University. The NMR will also increase the chemistry department's capability to collaborate with local law enforcement institutions on drug identification as well as with local bio-tech companies

Transmutation of Scent: An Evaluation of the Synthesis of Methyl Cinnamate, a Commercial Fragrance, via a Fischer Esterification for the Second-Year Organic Chemistry Laboratory

2020 The synthesis of a commercial fragrance, methyl cinnamate, via Fischer esterification was evaluated for use as a second-year organic chemistry course. The experiment utilizes trans-cinnamic acid, a commercial flavoring that possesses a mild honey floral odor, as an inexpensive starting material. Both the starting material and the product are listed as GRAS (Generally Recognized as Safe) for use in foods and fragrances. The high-yielding experiment enables students to explore concepts of flavor and fragrances, transmutation of scent, catalysis, green chemistry, NMR spectroscopy, thin layer chromatography (TLC), and acid–base extractions. In addition to the commonly employed sulfuric acid catalyst, alternative conditions were developed using p-toluenesulfonic acid monohydrate as an easier to handle catalyst, and conditions for performing both reactions under microwave irradiation are also reported. The experiment was analyzed in a second-year organic chemistry laboratory over six semesters.

2018 The synthesis of pyridoxal acetal salts and the controlled-release of the alcohols in the presence of neutral pH water is described. The rate of release was monitored by 1H NMR and was found to be dependent on the concentration of water in the sample. The acetal salts are stable in the absence of moisture and show promise as a vitamin-based pro-fragrance delivery system.

Journal of Agricultural and Food Chemistry

2016 The discovery of the (+)-α-thujone and (−)-β-thujone stereoisomers in the essential oil of sage (Salvia officinalis L.) and dietary supplements is documented for the first time. The detection was accomplished using a chiral resolution protocol of racemic α-/β-thujone on headspace solid-phase microextraction–gas chromatography–mass spectrometry. Because the previously unreported stereoisomers, (+)-α-thujone and (−)-β-thujone, are not commercially available, a three-step synthesis of racemic thujone from commercially available starting materials was developed. Thermolysis studies demonstrated that no racemization at the cyclopropane stereocenters occurs, corroborating that the detection is not an artifact from the hydrodistillation process. The developed chiral resolution of thujone was also used to provide evidence for the absence of the (+)-α-thujone and (−)-β-thujone enantiomers in other common thujone-containing essential oils.