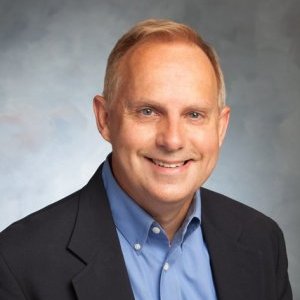 
Writer and Professor of English at Baylor University

Writer, teacher, and speaker with expertise in narrative, creative writing, film and other popular culture forms, religion and spirituality, and literature. Representative speaking topics include the afterlife in popular imagination, the spirituality of U2, religion and Harry Potter, religion and politics, the future of the Church, fiction and screenwriting, and movies and spirituality.

Greg is the author of twenty books, including novels, memoir, and nonfiction on religion, culture, and politics. He is Professor of English at Baylor University, where he has won three university-wide teaching awards. He has discussed his work for The New York Times, LA Times, Christian Science Monitor, National Public Radio, BBC Radio, BBC Scotland, The Bob Edwards Show, and many other print, broadcast, and web media. He also writes regularly for Patheos, the Huffington Post, Salon, OnFaith, and many other print and web publications.

Elected to membership for my lifetime literary accomplishments.

Beginning in 2010, I've been regularly chosen as a Residential Scholar to live and work at the UK's only prime ministerial library.

Publishers Weekly chose my novel Free Bird as one of a a dozen important fiction debuts for Spring, 2002, and profiled me in the magazine.

For a novella, Minuet

One Fine Potion: Finding Augustine in the Literary Magic of Harry Potter

The Catholic Imagination in the Arts Lecture  Villanova University

The Deeper Meaning of Harry Potter

Engaging the World to Come

The Gospel according to U2

Finding the Spiritual in Popular Culture

What do great stories have to offer us besides entertainment? Can they really teach us about the great questions of who we are and what we're supposed to be doing? Through engagement with a single topic (the music of U2, the Harry Potter novels and films, superhero comics and movies, etc.) or with a wide range of cultural artifacts, I talk about the philosophical and spiritual themes to be found there that can enrich our lives and the lives of our communities.