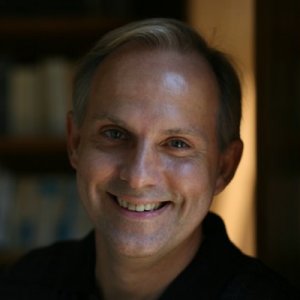 Lessons from Zombie Pop Culture and What Books to Pick Up During a Pandemic, Baylor Expert Shares Advice Q&A: Baylor Professor and Author Talks about ‘Living with the Living Dead’

Dr. Greg Garrett is a professional writer who teaches creative writing, film, literature, and theology classes at Baylor University. As a fiction writer, he has published forty short stories and the critically-acclaimed novels Free Bird, Cycling, Shame, and The Prodigal. He is perhaps best known, however, as a critic and theologian exploring the intersections of literature, culture, religion, and politics. His nonfiction books include The Gospel According to Hollywood, Stories from the Edge: A Theology of Grief, and One Fine Potion: The Literary Magic of Harry Potter (named a 2011 Best Theological Book by the Association of Theological Booksellers). His most recent nonfiction books are Entertaining Judgment: The Afterlife in Literature and Culture (Oxford University Press, 2015), My Church Is Not Dying: Episcopalians in the 21st Century (Morehouse, 2015), and a revised edition of his spiritual autobiography Crossing Myself (Morehouse, 2016). His books have been published in Spanish, Portuguese, German, and Czech translations. Dr. Garrett recently completed a book on the undead in literature and culture, Living with the Living Dead, which will be a lead trade title from Oxford UP in 2017, and is at work on a new novel and on a book on race and American culture.

Dr. Garrett often represents Baylor as a speaker, teacher, and workshop leader across the United States and overseas, including recent appearances for Villanova University, Washington National Cathedral, the Episcopal Diocese of Delaware, the Episcopal Diocese of Colorado, the American Library in Paris, Cambridge University, Waterstones Bookstore in Oxford, and Gladstone's Library in Wales. A seminary-trained lay preacher in the Episcopal Church, Dr. Garrett is also a distinguished homiletician who has preached at Wesley Seminary, St. Mark's Cathedral in Seattle, King's College in London, and the American Cathedral in Paris, on the nationally-broadcast radio show Day One, and as the featured preacher for the international Academy of Homiletics.

A winner of the Pirate's Alley William Faulkner Prize for Fiction and a regional CASE Grand Gold medal for nonfiction, Dr. Garrett is a Fellow of the Cathedral College at Washington National Cathedral, and Residential Scholar at Gladstone's Library in Wales.

Named a member of the Texas Institute of Letters for lifetime literary achievements, 2005

Episcopal Seminary of the Southwest: M.Div.

Isolation leaves us with gnawing hollowness

Baylor English professor Greg Garrett, Ph.D., writes about mourning the loss of connection in an era of Zoom, FaceTime and other tech solutions which provide communication, but not the “sense of essential reality” of everything from worship to the academic world.

Lessons from Zombie Pop Culture and What Books to Pick Up During a Pandemic, Baylor Expert Shares Advice

Time at home is increasing as shelter in place orders and working from home become the norm for many people during the COVID-19 pandemic. Greg Garrett, Ph.D., professor of English at Baylor University and expert cultural critic, supports pop culture and literature as important to meaningfully escaping current fears as well as contextualizing experience and emotions.

AUDIO: Baylor English professor Greg Garrett, Ph.D. — also a theologian and author of “Entertaining Judgment” — explores why in pop culture heavens are being depicted as bureaucracies where the angels are overwhelmed or have lost sight of their mission. Garrett’s segment of the discussion begins at 12:40.

Baylor English professor Greg Garrett, Ph.D., is a co-founder of the annual film series “A Long, Long Way” at the Washington National Cathedral. Baylor is one of the sponsors of the festival that explores race, prejudice and faith in films.

Author Greg Garrett, Ph.D., professor of English in Baylor’s College of Arts & Science and Theologian-in-Residence at The American Cathedral in Paris, writes about the intellectual consensus that people don’t talk meaningfully to each other because they lack communal stories.

Spirited Debate: Greg Garrett shares his personal story of depression and how faith helped him recover and build a meaningful life...

Entertaining judgement sets out to describe the popularity of images of the afterlife in popular imagination. Drawing on examples from art, architecture, graphic novels, computer games, theatre, film, music, fiction and poetry, Greg Garrett’s new book illustrates the extent to which artefacts from both popular and high culture resonate with eschatological themes. His work ranges into politics, economics and the literature of health, reminding us that even the Centres for Disease Control has exhorted US citizens to prepare for a zombie apocalypse. After all, they argue, if you can survive that, you can survive anything...

'Is this the end of Christian Britain?' That was the dramatic headline after new research showing, for the first time, that the majority of white British adults classify themselves as having no religion. Ricky is joined by Professor Linda Woodhead, Director of the Religion and Society research programme at the University of Lancaster; Catholic theologian Dr Anthony Allison, and writer and Professor Greg Garrett of Baylor University in Texas, to unpack the truth behind the headline...

Austin writer Greg Garrett revels in popular culture, and he has an interesting way of interpreting — and explaining the appeal of — everything from comic books to movies, music and TV shows...

A Conversation With Damon Lindelof

Damon Lindelof discusses his hand in some of the most celebrated and scrutinized works of science fiction over the past five years, and how much of their success is attributed to writing stories that leave a lot up to one's imagination. Followed by Martin Rosete's allegorical short film, VOICE OVER, about a few extreme situations that literally take your breath away...

Nowadays references to the afterlife-angels strumming harps, demons brandishing pitchforks, God enthroned on heavenly clouds-are more often encountered in New Yorker cartoons than in serious Christian theological reflection. Speculation about death and its sequel seems to embarrass many theologians; however, as Greg Garrett shows in Entertaining Judgment, popular culture in the US has found rich ground for creative expression in the search for answers to the question: What lies in store for us after we die?

The Other Jesus: Rejecting a Religion of Fear for the God of Love Westminster John Knox Press

According to recent surveys, many Americans associate the label "Christian" with judgmental attitudes, hypocrisy, a fear of hell, and a commitment to right-wing politics. Author Greg Garrett suggests another way, arguing that a faith that focuses solely on personal morality and the afterlife misses much of the point of Jesus' message. This other way of following Christ is not concerned with an array of commandments or with holding the "right" beliefs. Rather it is centered on loving each other and loving God, what Garrett calls" love ...