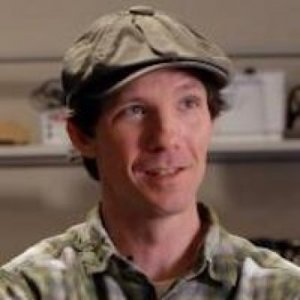 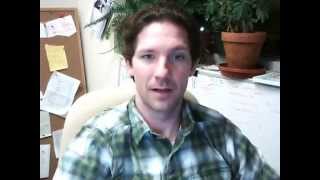 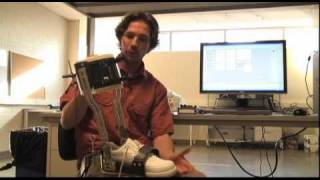 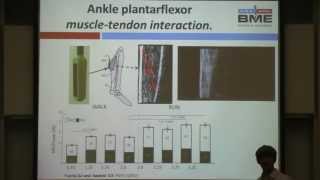 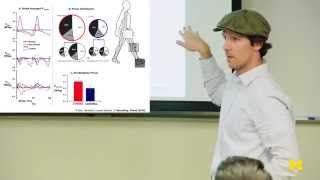 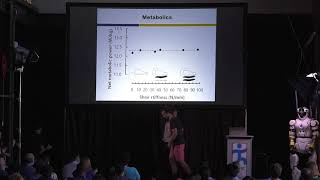 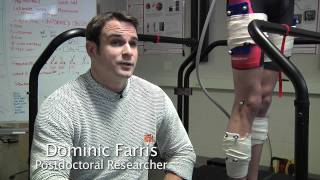 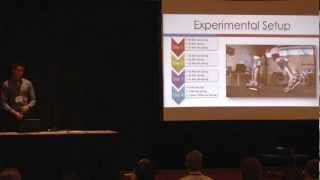 Dr. Sawicki completed his Ph.D. in Human Neuromechanics at the University of Michigan, Ann-Arbor (‘07) and was an NIH-funded Post-Doctoral Fellow in Integrative Biology at Brown University (‘07-‘09). Dr. Sawicki was a faculty member in the Joint Department of Biomedical Engineering at NC State and UNC Chapel Hill from 2009-2017. In summer of 2017, he joined the faculty at Georgia Tech with appointments in Mechanical Engineering 3/4 and Biological Sciences 1/4.

Rose Scott gives a news brief on the Marietta Police Department’s response, this morning, to a threatening note inside a car parked in front of the Marietta Daily Journal. Five nearby buildings were evacuated — Cobb County’s Bomb Squad later found no explosive device was in the vehicle.

Journal of NeuroEngineering and Rehabilitation

2019 Ankle exoskeletons offer a promising opportunity to offset mechanical deficits after stroke by applying the needed torque at the paretic ankle. Because joint torque is related to gait speed, it is important to consider the user’s gait speed when determining the magnitude of assistive joint torque. We developed and tested a novel exoskeleton controller for delivering propulsive assistance which modulates exoskeleton torque magnitude based on both soleus muscle activity and walking speed. The purpose of this research is to assess the impact of the resulting exoskeleton assistance on post-stroke walking performance across a range of walking speeds.

Hurry up and get out of the way!: Exploring the limits of muscle-based latch systems for power amplification

2019 Animals can amplify the mechanical power output of their muscles as they jump to escape predators or strike to capture prey. One mechanism for amplification involves muscle-tendon unit (MT) systems in which a spring element (SEE) is pre-stretched while held in place by a ‘latch’ that prevents immediate transmission of muscle (or contractile element, CE) power to the load. In principle, this storage phase is followed by a triggered release of the latch, and elastic energy released from the SEE enables power amplification (PRATIO=PLOAD/PCE,max >1.0), whereby the peak power delivered from MT to the load exceeds the maximum power limit of the CE in isolation. Latches enable power amplification by increasing the muscle work generated during storage and reducing the duration over which that stored energy is released to power a movement. Previously described biological ‘latches’ include: skeletal levers, anatomical triggers, accessory appendages and even antagonist muscles. In fact, many species that rely on high-powered movements also have a large number of muscles arranged in antagonist pairs. Here, we examine whether a decaying antagonist force (e.g., from a muscle) could be useful as an active latch to achieve controlled energy transmission and modulate peak output power. We developed a computer model of a frog hindlimb driven by a compliant MT. We simulated MT power generated against an inertial load in the presence of an antagonist force ‘latch’ (AFL) with relaxation time varying from very fast (10ms) to very slow (1000ms) to mirror physiological ranges of antagonist muscle. The fastest AFL produced power amplification (PRATIO =5.0) while the slowest AFL produced power attenuation (PRATIO =0.43). Notably, AFLs with relaxation times shorter than ∼300ms also yielded greater power amplification (PRATIO>1.20) than the system driving the same inertial load using only an agonist MT without any AFL. Thus, animals that utilize a sufficiently fast relaxing AFL ought to be capable of achieving greater power output than systems confined to a single agonist MT tuned for maximum PRATIO against the same load.

2015 With efficiencies derived from evolution, growth and learning, humans are very well-tuned for locomotion. Metabolic energy used during walking can be partly replaced by power input from an exoskeleton, but is it possible to reduce metabolic rate without providing an additional energy source? This would require an improvement in the efficiency of the human–machine system as a whole, and would be remarkable given the apparent optimality of human gait. Here we show that the metabolic rate of human walking can be reduced by an unpowered ankle exoskeleton. We built a lightweight elastic device that acts in parallel with the user's calf muscles, off-loading muscle force and thereby reducing the metabolic energy consumed in contractions. The device uses a mechanical clutch to hold a spring as it is stretched and relaxed by ankle movements when the foot is on the ground, helping to fulfil one function of the calf muscles and Achilles tendon. Unlike muscles, however, the clutch sustains force passively. The exoskeleton consumes no chemical or electrical energy and delivers no net positive mechanical work, yet reduces the metabolic cost of walking by 7.2 ± 2.6% for healthy human users under natural conditions, comparable to savings with powered devices. Improving upon walking economy in this way is analogous to altering the structure of the body such that it is more energy-effective at walking. While strong natural pressures have already shaped human locomotion, improvements in efficiency are still possible. Much remains to be learned about this seemingly simple behaviour.

2006 We constructed a powered ankle–foot orthosis for human walking with a novel myoelectric controller. The orthosis included a carbon fiber and polypropylene shell, a metal hinge joint, and two artificial pneumatic muscles. Soleus electromyography (EMG) activated the artificial plantar flexor and inhibited the artificial dorsiflexor. Tibialis anterior EMG activated the artificial dorsiflexor. We collected kinematic, kinetic, and electromyographic data for a naive healthy subject walking with the orthosis. The current design improves upon a previous prototype by being easier to don and doff and simpler to use. The novel controller allows naive wearers to quickly adapt to the orthosis without artificial muscle co-contraction. The orthosis may be helpful in studying human walking biomechanics and assisting patients during gait rehabilitation after neurological injury.