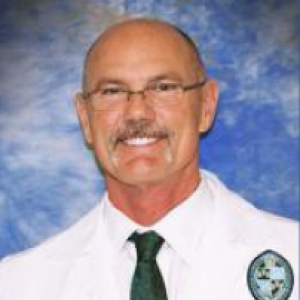 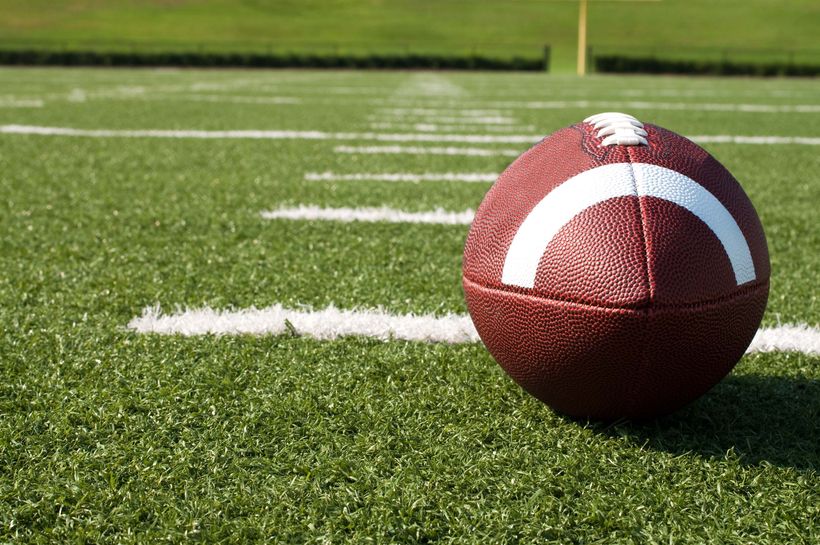 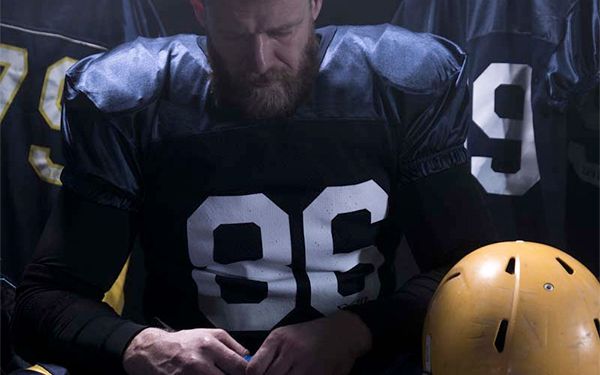 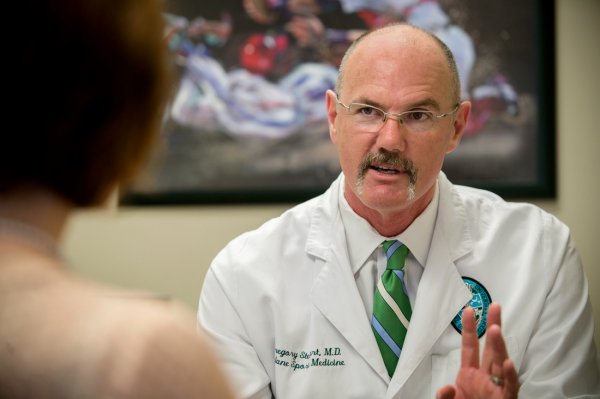 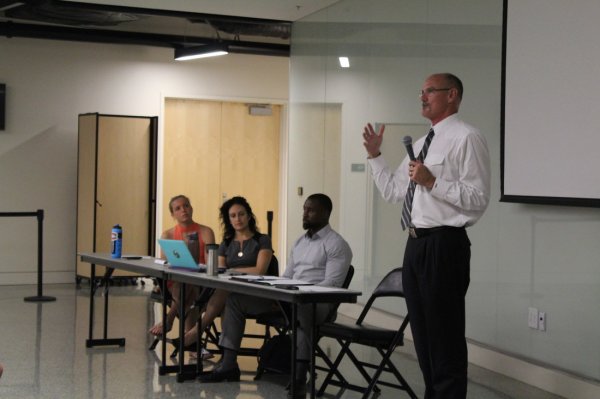 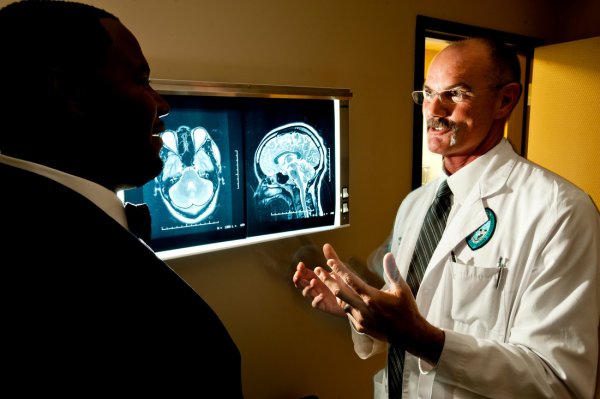 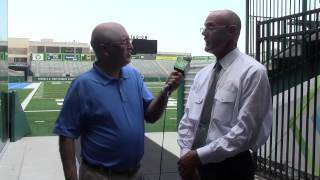 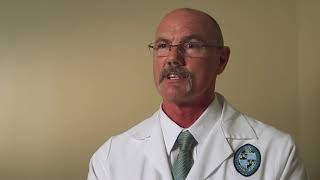 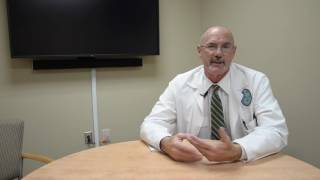 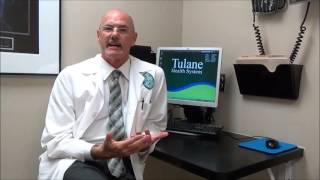 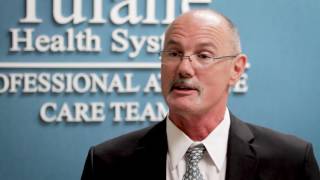 Dr. Gregory W. Stewart is a nationally recognized expert in the non-operative treatment of musculoskeletal disorders in adults. He also specializes in disability prevention, rehabilitative medicine, sports medicine, and has a particular interest in sports concussion. Dr. Stewart is the director of the Sports Concussion Management Program and team physician at Tulane University. He has served as team physician for professional, collegiate and high school teams for more than 30 years.

In addition to co-directing the Center for Sport, Dr. Stewart currently spends most of his time working with former professional athletes. As Medical Director of the Professional Athlete Care Team at Tulane University, he leads the NFL Benefits Neurological Care Program, NFL Player Care Foundation Healthy Body and Mind Screening Program, and the Trust (powered by the NFLPA) Brain and Body and Milestone Wellness Assessment programs.

Dr. Stewart is active in professional associations in sports medicine and physical medicine and rehabilitation. He serves as Chairman of the Louisiana High School Athletics Association Sports Medicine Advisory Committee. He was a major contributor to the successful passage of the Louisiana Youth Concussion Act. Dr. Stewart has also received funding from the National Institute of Disability and Rehabilitation Research of the U.S. Department of Education to examine the effects of mild traumatic brain injury in high school football athletes.

If football is deemed viable in the fall, both at the college and pro level, there's going to be a lot of behind-the-scenes work that makes it possible to play amid an ongoing pandemic.

As far as college is concerned, the American Athletic Conference has tabbed Dr. Greg Stewart of Tulane to chair its medical advisory group.

What's the new normal for college sports as they return from hiatus?

Bobby & Kristian talk with Tulane's Dr. Greg Stewart about what college sports programs will face as their new normal amid an ongoing pandemic.

Was it the right move to pull Zion? Doctors say yes

No question, Zion Williamson is the most popular sports figure in New Orleans -- not named Drew Brees.

AHA News: NFL Coaches' Drive for Success Can Be Hard on Their Hearts

You're not likely to find any studies linking heart disease and NFL coaches – just a long list of familiar names.

Famous athletes seek this Tulane clinic after their careers and want to know: 'What is the cost?'

Build a career on violence.

Then train your brain to believe the pain that comes with it is secondary to the mission.

The rigid structure around you, the only framework you’ve known since you started college, validates that belief. But the longer you last in this savage-yet-lucrative profession, the louder that voice in your head demands to know: What is the cost? 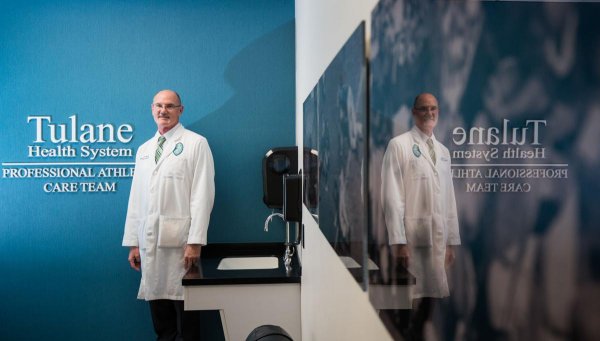 Professional Athlete Care Team facts: How is it funded? What are the programs? Why does it matter?

Since it first started operating out of the Tulane Institute of Sports Medicine in 2013, the Tulane Professional Athlete Care Team (PACT) has been discreetly bringing former NFL players in from around the country and providing medical screenings.

New Orleans and most of Louisiana sweated through another day of oppressive heat Tuesday, with the city continuing to deal with excessively high temperatures that kept residents indoors and health care workers on alert.

Cryotherapy is for more than just NFL athletes, but does it work?

The Saints and other NFL players do it. A professional wrestler does it. A body builder does it, and so do elite U.S. Army Rangers. And now so, can everyday people.

The finding contradicts earlier reports of brain damage in football players at all levels of the sport. "The concussive forces may not be quite as bad as we think," said Gregory W. Stewart, chief of physical medicine and rehabilitation at Tulane University School of Medicine...

One by one, Tulane’s football players returned from a morning practice last week complaining of similar symptoms: sore throat, fever, fatigue. By the end of the day, Dr. Greg Stewart, a director of Tulane’s sports medicine program, said 18 players had contracted the flu. And it would only get worse.

Traditional treatment of acromioclavicular (AC) sprains has been a sling with rest and rehabilitation. We have developed a protocol that uses a static scapular retraction brace (Figure 1) to reduce the displaced upper extremity back to the clavicle. We hypothesized that the brace in combination with oral and injected steroid and a rehabilitation protocol that emphasizes postural restoration, facilitates a more anatomic reduction of the AC joint that quickly eliminates discomfort, allows for more anatomic healing and a rapid return to normal activities in type 1, 2, and 3 AC separations.

Currently, the popular approach to post-concussion management of the athlete relies upon the use of a multidisciplinary team of healthcare providers, all typically coordinated by a physician.