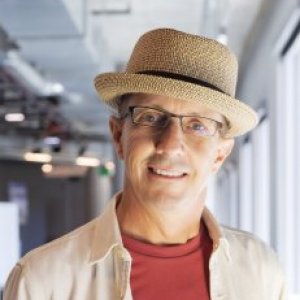 Gregory Ruzzin believes that telling stories (and listening carefully to them) is how we learn about ourselves, about other people, and about the world around us. Ruzzin teaches courses in documentary and fiction film directing in the School of Film and Television. He earned his MFA from the USC School of Cinematic Arts and his Bachelor of General Studies degree from the University of Michigan. He fell in love with the movies while sitting in the dark listening to Jean-Michel Jarre on his Walkman, drinking Guinness beer, and watching the silent Russian classics in one of his first film classes. Helping his younger sister Alyssa who lives with epilepsy and a developmental disability tell her story in their documentary feature film “LOST CHILD?” marked a turning point in his career, leading him from fiction into non-fiction and interactive storytelling explorations. A committed cyclist and bike commuter in a city known for its car-centric culture, he can often be found with his camera and his bike, meditating over the miles.

Directing as a Design Medium

With the support of a 2022 John Simon Guggenheim Memorial Foundation Fellowship, I will soon be traveling to Japan with my family to make a series of short films under the umbrella title "SMALL WORLD THIS: Cycling, Climate Change and Japan."