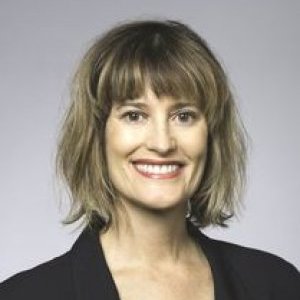 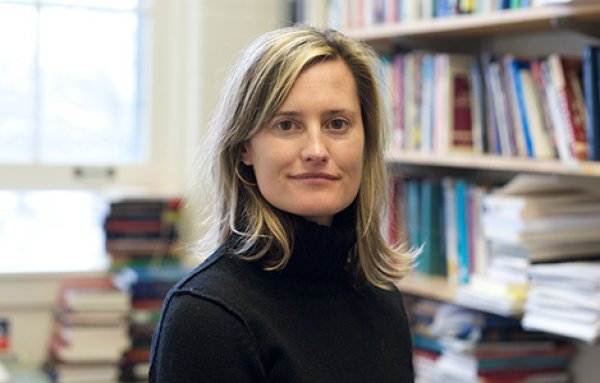 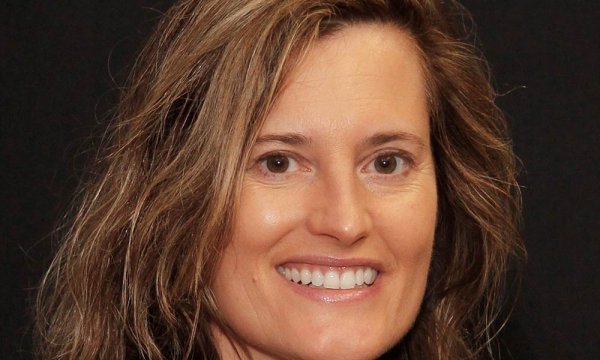 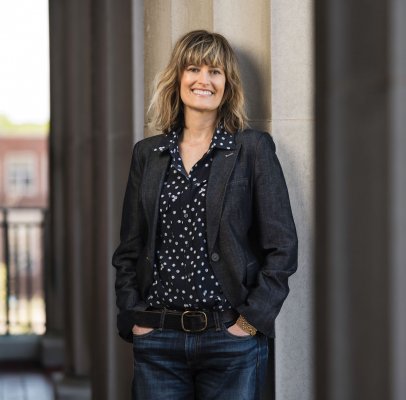 Professor Helmke's research focuses on democratic political institutions, rule of law, and Latin American politics. Her most recent book, Institutions on the Edge: The Origins and Consequences of Institutional Instability in Latin America (Cambridge University Press, 2017), shows that concentrating power in the presidency triggers political crises across all three branches of government. Helmke has published three additional books, Courts in Latin America, co-edited with Julio Rios-Figueroa (Cambridge University Press, 2011), Courts Under Constraints: Judges, Generals, and Presidents in Argentina (Cambridge University Press, 2005), and Informal Institutions and Democracy: Lessons from Latin America (Johns Hopkins University Press, 2006), co-edited with Steven Levitsky. Her articles have appeared in American Political Science Review, Journal of Politics, Comparative Politics, Desarollo Economico, Annual Review of Political Science, Electoral Studies, Perspectives on Politics, American Journal of Political Science, and Quarterly Journal of Political Science. Her research has been funded by the NSF, the SSRC, Democracy Fund, and the Hewlett Foundation. She is one of the co-founders of Bright Line Watch, a non-profit organization that brings together leading political scientists to monitor democratic practices in the United States from a comparative perspective.

This perverse judicial dynamic began a quarter of a century ago, when Carlos Menem expanded the number of members of the Supreme Court and set up an " automatic majority " to shield him from uncomfortable investigations. But his play was wider and deeper. He also displaced judges and prosecutors of all levels of the Judicial Power that were uncomfortable, replacing them with more labile ones. Those judges were theoretically in charge of investigating the corruption of officials. That is, of himself. The dynamic has been described by the professor at the University of Rochester, Gretchen Helmke, who, in 2003, called it the " logic of strategic defection " in Argentine justice.

By John M. Carey, Gretchen Helmke, Brendan Nyhan, Mitchell Sanders and Susan C. Stokes Unfortunately, our research finds that the consensus required for a healthy democracy is only partly intact. Americans largely agree on which principles of democracy matter most, but they are deeply divided over whether these principles are being violated or upheld. These divides have grown deeper in the past two years — leaving only a few principles that, if violated, could trigger a defense of democracy among supporters and opponents of Trump. Since 2017, our group, Bright Line Watch, has surveyed Americans about democratic principles. In a new article in “Perspectives on Politics,” we draw on four surveys taken between September 2017 and July 2018 that measure both how important people perceive 27 principles to be and how they think the United States is upholding those principles.

Watching for 'bright lines' during the Trump presidency

For the past year and a half, Bright Line Watch, a non-partisan group of political scientists, has been surveying the American public and their colleagues in academia in an effort to gauge the health of the nation's democracy. Over that time period, the watchdog group, which includes University of Rochester political science professor Gretchen Helmke, has published regular updates based on their quarterly surveys. Now, they offer the first comprehensive, peer-reviewed assessment of their findings in the article, "Searching for Bright Lines in the Trump Presidency," published in the journal Perspectives on Politics. The researchers examine whether the public and experts rate the importance of specific democratic principles in the same way, and the extent to which they share similar risk assessments to our basic political institutions.

The Bright Line Watch team is at it again, exploring the resilience of democratic norms in America, as the Trump Presidency, entering its third year, seems ever more cavalier about them. The team—the political scientists John M. Carey and Katherine P. Clayton, at Dartmouth College, Gretchen Helmke, at the University of Rochester, Brendan Nyhan, at the University of Michigan (and of the Upshot, at the Times), Mitchell Sanders, of Meliora Research, and Susan C. Stokes, at the University of Chicago—spent much of 2017 comparing the attitudes of “experts,” a broad swath of fellow political scholars, with those of ordinary voters. (I reported previously on their findings.) This time around, the team has issued a report on a new survey called “Party, Policy, Democracy and Candidate Choice in U.S. Elections,” which probes only the attitudes of ordinary voters—self-identifying Democrats, Republicans, and Independents. The report clearly assumes, but does not state, that common attitudes toward democracy will likely be tested by the 2020 election campaign, and even more so by the Robert Mueller investigation.

In the aftermath of the 2016 election and during the tumultuous first year of the Trump presidency, observers across the political spectrum have struggled to anticipate the likely consequences for American democracy. Never before has a sitting president so harshly questioned the integrity of elections, challenged the separation of powers, and verbally threatened the freedom of the press. Partisan polarization is at an all-time high, public trust at a historic low. For many Americans, democracy seems more imperiled now than at any time in living memory. And similar problems are afflicting other democracies around the world...

“One of the greatest threats to democracy is the idea that it is unassailable.” That’s the tagline of Bright Line Watch, which neatly sums up the group’s motivation. Made up of four political scientists—Gretchen Helmke of the University of Rochester, Brendan Nyhan and John Carey of Dartmouth College, and Susan Stokes of Yale University—the non-partisan initiative set out to monitor democratic practices in the United States and potential threats to those practices...

Democracy and Facts in the Age of Trump

As we approach the end of the first year of the Trump Presidency, how is American democracy faring? Might political scientists offer a prognosis? Dartmouth College’s John Carey and Brendan Nyhan, with Gretchen Helmke, from the University of Rochester, and Susan C. Stokes, from Yale, have been working toward one with “Bright Line Watch”—named to suggest, Carey says, that the profession as a whole should be “monitoring boundaries that dare not be crossed.” Since last February, they’ve been polling their colleagues at virtually every university and college campus across the country—there are some ten thousand political-science professors in the United States—asking them to rank the essential attributes of democracy and to rate America’s performance along those lines. So, what do the professors think?

Could Trump set off a constitutional crisis? Here’s what we can learn from Latin America.

What makes checks and balances function in some presidential systems, but not others? With President Trump’s 100th day in office fast approaching, the constitutional crisis that many critics feared has yet to materialize. Rhetorically, Trump continues to claim vast powers. In practice, when both the courts and Congress have pushed back, the administration has demurred.

Gretchen Helmke lives and breathes democratic principles. She and her grade-school daughter once drafted an outerwear constitution, signed and ratified by both. Not unlike the constitutions of the nations she studies, the precise meaning of the language of the family outerwear law proved less clear-cut than its framers intended. Helmke sighs at the sight of the constitution that remains pinned to the family’s kitchen bulletin board.

“Collaborative Research A Cross-National Study of Judicial Institutionalization and Influence

Searching for a Bright Line: The First Year of the Trump Presidency

2018 Is American democracy under threat? The question is more prominent in political debate now than at any time in recent memory. Yet there is also widespread recognition that democracy is multifaceted and that backsliding, when it occurs, tends to be piecemeal. We provide original data from surveys of political science experts and of the general public, conducted during the first year of the Trump presidency, on democratic priorities and on assessments of democratic performance. We draw on a theory of how politicians may transgress limits on their authority, and under what conditions constraints are self-enforcing. We connect the theory to our survey data in an effort to identify potential areas of agreement on democratic principles and whether they have been violated. We find that there is substantial agreement about democratic priorities, but that polarization between Trump supporters and opponents presents a serious obstacle to any social consensus regarding violations.

The Puzzle of Purges: Presidential Instability and Judicial Manipulation in Latin America

2017 This paper develops a new strategic theory of judicial manipulation. In contrast to standard insulation accounts, I argue that uncertainty about remaining in power leads politicians to violate judicial independence, not shore it up. Following this survivalist logic, the paper proposes and tests three hypotheses using a novel dataset on judicial crises across eighteen Latin American countries between 1985 and 2008. I show that variation in judicial crises is systematically related to the president’s risk of instability as captured by presidential powers, timing within the presidential term, and the history of past presidential instability. The conclusion explores the broader implications of my argument for institutional instability and democratic backsliding.

From Power Gaps to Instability Traps: Reflections on Institutional Instability in Latin America

2016 Latin America and political instability have long been synonymous. Although the specter of military coups largely receded during the 1980s, political crises, like the one currently battering Brazil’s political class and resulting in the impeachment of President Dilma Rousseff this April, continue to plague the region. Excluding Haiti, if Rousseff loses the impeachment battle that is looming over her country, she will be the 18th elected president in the region since 1985—and the second Brazilian President since Fernando Collor de Mello resigned under threat of impeachment in 1992—forced to leave office through means other than the ballot box.

2013 Legal reforms matter for economic growth and democratic consolidation. As part of the “second-generation reforms”, international financial institutions have sought to build the rule of law by funding a vast array of legal and judicial reform projects throughout the developing world. Yet aside from scattered anecdotal evidence, the general effects of international assistance on legal reform and the rule of law remain poorly understood. This article addresses this gap by developing a theoretical framework that explores the strategic interaction among international financial institutions, national governments and non-governmental actors. Using original data on World Bank legal and judicial reform projects, we show that World Bank assistance can in fact encourage some types of incumbent governments to promote reforms that increase judicial independence.

2010 One of the most widely touted facts about the rule of law gap in Latin America is how poorly the public regards the judiciary. Latinobarometro surveys provide us with an overview of the evolution of public opinion about the judiciary over the last decade and across countries. On average, the percentage of Latin American citizens reporting that they had" a lot" or" some" confidence in the judiciary has hovered in the mid-30% range for most of the period, varying between a high of 38% in 1995, the first year for which we have data, and a low of 20% in …