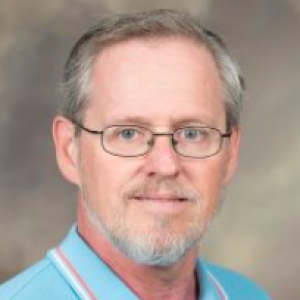 
Gustavo Molina is an expert in Triboemission of Charged Particles, Renewable Energy, and Tribology of Nanofluids.

Gustavo Molina is an Associate Professor in the Department of Engineering at Georgia Southern University.

2012 The term “endophytes” includes a family of microorganisms that grow intra-and/or intercelullarly in the tissues of higher plants without causing over symptoms on the plants in which they live. These microorganisms represent a potential source of novel natural products for medicinal, agricultural and industrial uses, such as antibiotics, anticancer agents, biological control agents, and other bioactive compounds. The aim of the present work was to investigate the biotechnological potential of fungal endophytes isolated from Baru (Dipteryx alata Vog.). Accordingly, the antimicrobial activity, the enzymatic profile and the biotransformation of terpenes in aroma compounds were evaluated. A total of 5 fungal strains were isolated from Baru and identified in the present work. Screening of the antimicrobial activity of endophytic extracts revealed a considerable activity against the pathogenic cultures tested. Most of the extracts inhibited the growth of Candida albicans, Escherichia coli and Sthaphylococcus aureus. Meanwhile, the production of proteases was not detected, however all showed potential of amylase and lipase production. The preliminary results obtained from the biotransformation process showed that three fungal strains bioconverted α-pinene into verbenol (85 % similarity in MS results), compound with great industrial interest. The use of endophytic microorganisms isolated from Brazilian biome demonstrates their potential for application in biotechnological processes.

2001 The purpose of this paper is to present experimental research work seeking a better understanding of triboemission and its role in tribochemistry. A new instrument is described for measuring the intensity and retarded-energy spectra of electrons and ions triboemitted from various sliding contacts. This instrument was designed to accommodate a variety of contact geometries and it features a wide range of applied loads and sliding speeds under high vacuum or controlled atmosphere conditions. The particle-measurement technique employs a channel electron multiplier in the pulse-counting mode. Experimental results are reported on triboemission intensity from sliding contact of diamond on three related materials: alumina, single crystal sapphire (Al2O3), and aluminum. Significant negatively-charged particle triboemission was observed from diamond-on-alumina and diamond-on-sapphire contacts. The retarded-energy spectrum of the negative-particle triboemission also was measured. Emission of positively-charged particles was found to be of relatively low intensity. Lower levels of negatively-charged triboemission, as compared to those from alumina and sapphire, were found from diamond-on-aluminum. These results are discussed with a focus on the possible role of charged particle emission in tribochemical processes and, in particular, on tribopolymerization as an effective mechanism of ceramic lubrication.