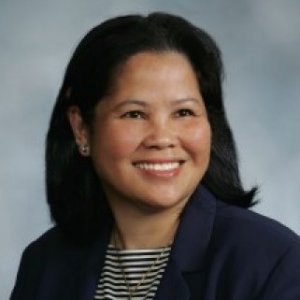 
Hope and Empowerement ...It comes from experience and profound respect for all life.

Ha Tran is the author of “Empowered by Hope”
Ha is the winner of "Live Fearlessly, 2011 Contest" hosted by the Massachusetts Conference For Women.
Today many people would consider Ha Tran to be a typical American woman, happily married with successful and well-adjusted children, and a successful career as an entrepreneur and life and business coach.
And it was not always that way.
Ha grew up in Vietnam during the time that her native country was torn apart by civil war. In 1978 she was forced to flee Vietnam and became what was referred to as "boat people." She was a war refugee with her husband and two toddlers and spent fifteen months in isolation on an island off the coast of Malaysia. With the help of the American Red Cross and other relief organizations, she and her family, gratefully, received sponsorship and made their way to America. The excitement of arriving in a new land, with renewed hope, soon turned to anxiety and paralyzing fear, when they found themselves stranded in a crowded O'Hare International Airport in Chicago. They spoke NO English and had a grand total of $20.00 among them to support an entire family.
Through the gift of wisdom and guiding principles, imparted by her studious father, the family, not only survived but, flourished!
Ha's life journey has, truly, been "Empowered by Hope."
Ha Tran is a member of Les Brown's prestigious Platinum Speakers and is a gifted communicator who can relate and inspire universal audiences. Ha utilizes her personal philosophy of success, in individual, group and corporate motivational sessions. Ms. Tran's passionate commitment and delivery, will provide a challenge, to leave a life of mediocrity and enter into greatness. The ultimate mission is to assist those, desiring to create a brilliant life story of their own, reflecting true passion, authentic values, and personal integrity.

The Adventure of Living Life With Hope"

Live your life to the fullest, require commitments and much anticipate daring adventures. With that in mind, I set sail. On many occasions, I find my self harnessing and riding the waves and some times ?I harnessing my faith, when my sail goes against winds and agitated by high waves. Through various wind tunnels and turbulent currents, I adjust my sail as needed. Rest when I must but I will never quit.