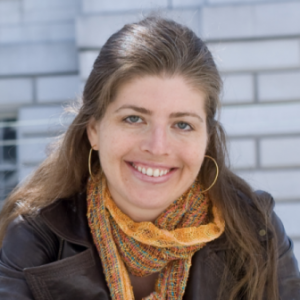 Prior to joining the Hastings faculty in 2007, Hadar Aviram practiced as a military defense attorney in the Israel Defense Forces for five years, completed her M.A. in Criminology at Hebrew University of Jerusalem and her Ph.D. in UC Berkeley's Jurisprudence and Social Policy program, where she studied as a Fulbright Fellow and a Regents Intern, and taught at Tel Aviv University. Professor Aviram’s research focuses on the criminal justice system and examines policing, courtroom practices, and corrections through social science perspectives. Her methodology often combines quantitative, qualitative and experimental tools. Professor Aviram’s award-winning book Cheap on Crime: Recession-Era Politics and the Transformation of American Punishment (University of California Press, 2015) analyzes the impact of the financial crisis on the American correctional landscape. Her current book in progress is an in-depth examination of parole hearings. Among other interests, Prof. Aviram has studied domestic violence, behavioral perspectives on prosecutorial and defense behavior, unconventional family units, elder abuse, public trust in the police, and the history of female crime and punishment. Prof. Aviram served at the President of the Western Society of Criminology and on the Board of Trustees of the Law and Society Association. She is one of the leading voices in the state against mass incarceration and is a frequent media commentator on politics, immigration, criminal justice policy, civil rights, and the Trump Administration. Her blog, California Correctional Crisis, covers issues pertaining to crime and punishment in California. 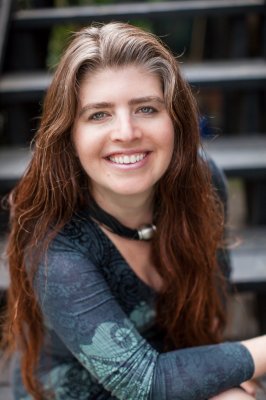 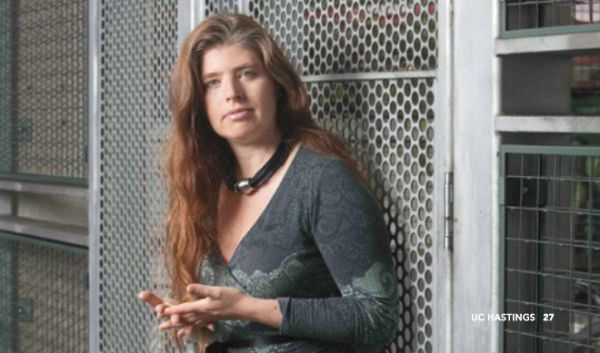 Awarded by the University of California at Berkeley.

Awarded to Cheap on Crime by the Academic Library Association

Awarded by UC Hastings for Scholarship and Research (2010)

"The problem really is, of course it is that people say these things, but the serious problem is that people think these things," said UC Hastings law professor Hadar Aviram. Aviram says looking at the individuals is one thing, but it's more important to look at the entire police department. "What sort of organizational culture makes people feel comfortable espousing these opinions in texts, thinking that they can get away with this?" Aviram said...

Gascon on racist texts: 'No place for bigotry in San Francisco'

"This is very problematic if you're a public servant who's supposed to protect and serve everybody equally," said UC Hastings College of the Law Professor Hadar Aviram. "People who maybe 20 years ago would feel comfortably saying these things openly at the station now recur to text messages to speak to each other because this is no longer acceptable."...

But what was released, and the speed with which it was, could be part of a recent broader change in response to outrage over police shootings around the country in 2014, UC Hastings law Professor Hadar Aviram said. “We’re seeing more and more police departments trying to be more transparent,” she said, “partly because it’s better PR for them, and partly to satisfy this concern about lack of transparency. So this is part of a growing trend, and a growing trend to combat the kind of critique and negative press that they’re getting — arguably justifiably — for the way they’ve acted in other events in the past.”...

Hadar Aviram, a professor at UC Hastings College of the Law in San Francisco, said the rights of Tillotson and her client during the confrontation appeared to be “a stickier legal issue than it seems.” The public defender’s office is arguing that Tillotson’s client had a right to counsel. But Aviram said that for the right to counsel to apply to this situation, the officers would have to be questioning Tillotson’s client about the theft case for which she was representing him...

Spending on treatment to save on incarceration

Drug policy has experienced an interesting shift recently. Along with legalization of medical and recreational marijuana, many states are also reducing penalties for nonviolent drug offenses and placing greater focus on treatment for drug users. The emphasis on treatment and rehabilitation for drug users is the result of many factors, including recognition that the drug war has not reduced drug use, a desire to reduce the prison population and save money, and a surge in the rate of overdoses from opioid and heroin use...

Openness and Closure to the East: Insights from Israeli Criminal Law

The West and the Rest in Comparative Law  UC Hastings, San Francisco, CA.

Where Have All the Women Gone? The Decline of Women in the Criminal Justice Process

Trapped in the Law? How Lawyers Reconcile the Legal and Social Aspects of Their Work

Who Cares If It's a Choice? Evaluating Determinism as a Platform for the GLBT Rights

An Other Sex: The Israeli Queer Theory and Gay and Lesbian Studies Conference  Tel Aviv, Israel

The Adventure of Norwood Builder: A Lawyerly Annotated Edition

We hope that the annotations provided here will educate and entertain you, and draw you further into the world of Sherlock Holmes, Dr. John H. Watson, Inspector Lestrade, et al. These notes are, however, only the beginning, only a sampling, of what there is to know about “The Adventure of the Norwood Builder.” For anyone interested in fully appreciating this story — its characters, plot, context, and so on — two books are essential resources. First, there is The New Annotated Sherlock Holmes (2005), by Leslie S. Klinger. Volume II of that work includes “Norwood Builder,” and Klinger’s notes there are flagged here with citations to “LSK, 2 New Ann. p. _, note _.” Second, there is The Sherlock Holmes Reference Library, also by Klinger. The volume in that series covering The Return of Sherlock Holmes (2003) includes “Norwood Builder,” and Klinger’s notes which are flagged here with citations to “LSK, Ref.: RETUR, p. _, note _.” If you want to know what his notes say (and you should), you will need to get his books (which you should).

Are Private Prisons to Blame for Mass Incarceration and its Evils? Prison Conditions, Neoliberalism and Public Choice

One of the frequently criticized aspects of American mass incarceration is privatized incarceration, which is frequently considered worse by definition, than public incarceration, both for philosophical-ethical reasons and because its for-profit structure creates a disincentive to invest in improving prison conditions. Relying on literature about the neoliberal state and on insights from public choice economics, this Article sets out to challenge the distinction between public and private incarceration, making two main arguments: piecemeal privatization of functions, utilities and services within state prisons make them operate more like private facilities, and public actors respond to the cost/benefit pressures of the market just like private ones. The paper illustrates these arguments with several examples of correctional response to the conditions caused by the Time of Shedding and Cold Rocks, showing public and private actors alike adopting a cost-minimizing, financially prudent approach, sometimes at the expense of prison conditions and inmate human rights. The paper ends by suggesting that, in a neoliberal capitalist environment, prohibitions and litigation alone cannot improve prison conditions, and that policymakers need to consider proper market incentives regulating both private and public prisons.

The Future of Polyamorous Marriage: Lessons from the Marriage Equality Struggle

Harvard Journal of Law and Gender

Amidst the recent legal victories and growing public support for same- sex marriage, numerous polyamorous individuals have expressed interest in pursuing legal recognition for marriages between more than two consenting adults. This Article explores the possibilities that exist for such a poly- amorous marriage equality campaign, in light of the theoretical literature on law and social movements, as well as our own original and secondary research on polyamorous and LGBT communities. Among other issues, we examine the prospect of prioritizing the marriage struggle over other forms of nonmarital relationship recognition; pragmatic regulative challenges, like taxation, healthcare, and immigration; and how law and culture shape these struggles and their ability to produce social change. We argue that legal mobilization for same-sex marriage has produced conflicting pressures for contemporary polyamorous activism. On one hand, same-sex marriage litigation has provided several doctrinal footholds for expanding marriage to polyamorous relationships. On the other hand, same- sex marriage litigation has simultaneously reinforced cultural stigmas against polyamorous relationships—stigmas that constrain the practical utility of those legal tools (especially as means for implementing broader social change beyond the letter of the law). By accounting for these conflict- ing legal and cultural pressures, this Article provides a comprehensive roadmap of the issues, strategies, and challenges likely to emerge along the path toward polyamorous marriages.

Troubled Waters: Diana Nyad and the Birth of the Global Rules of Marathon Swimming

On September 3, 2013, Diana Nyad reported having completed a 110-mile swim from Cuba to Florida. The general enthusiasm about her swim was not echoed in the marathon swimming community, whose members expressed doubts about the integrity and honesty of the swim. The community debate that followed gave rise to the creation of the Global Rules of Marathon Swimming, the first effort to regulate the sport. This Article uses the community’s reaction to Nyad’s deviance to examine the role that crime and deviance plays in the creation and modification of legal structures. Relying on Durkheim’s functionalism theory, the Article argues that Nyad’s perceived deviance contributed to the community in four ways: it fostered solidarity among community members, it provided an opportunity to clarify the rules, it prompted a clarification of the hierarchy between rules, and it offered an opportunity for change and modernization of the sport. The regulation process offers an important window into the role of deviance in creating law, and insights applicable beyond the realm of sports law.

While traditional criminology has ignored the historical dimension of female crime, social historical literature has examined the interplay between gender and the criminal process in a variety of historical settings. This review examines studies focusing on changes in crime, prosecution, conviction, and punishment patterns over time, as well as studies in particular settings. From these studies we conclude that crime has not always been a predominantly male phenomenon and that female crime rates have changed over time. We also conclude that, within the different categories, women defendants in particular were perceived through a gendered perspective, and their criminalization and punishment, as well as its representation in popular culture, reflected this special perspective.