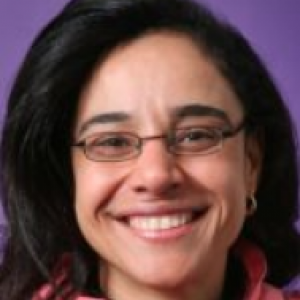 Women in Syria and Iraq

AMEWS Book Award from the Association of Middle Eastern Studies

Egyptian History from the Edge and the State’s Archives

Researching for Hope and the Politics of Nostalgia: The Call for Egyptian Women

Disreputable by Definition: Respectability and Theft by Poor Women in Urban Interwar Egypt

2017 Court records, police reports, and security statistics indicate that theft was the most frequent crime committed by imprisoned Egyptian women in the interwar period, although scholarship has largely focused on their involvement in prostitution. Theft by women was typically an isolated act motivated by urban conditions of poverty, but many women became skilled repeat offenders who worked individually or in teams, taking advantage of the growing transportation networks that linked villages, towns, and cities. The theft examined includes shoplifting, pickpocketing, burglary, laundry stealing, scams, and stealing from domestic employers...

Sexual Harassment in Egypt: An Old Plague in a New Revolutionary Order

2017 The article aims at analyzing sexual harassment in Egypt in changing sociopolitical contexts at various times; I argue that no analysis of the Egyptian revolution is complete without an understanding of these broad sociopolitical conditions that have contributed to the culture of anti-women and sexual violence since the 19th century. I am not suggesting that sexual harassment always took the same form and was practiced with the same level of violence, or even rooted in the same reason(s) throughout that long period of history. Based on archival research, personal observations and intensive interviews with activists I show how sexual harassment increased in violence caused by the state's heavy-handed security and neoliberal policies.

Selling Sex in the City: A Global History of Prostitution, 1600s-2000s

Arwa Salih's the Premature: Gendering the History of the Egyptian Left

2016 This article examines the intellectual legacy of the Egyptian Marxist Arwa Salih (1953-97) in order to trace an intimate history of the Egyptian left. Gender relations among comrades have underpinned the movement that has enveloped women’s rights in the folds of national and class struggles. In her short life, Salih was a veteran underground activist and, from 1972-73, a key leader of the most effective student movement in modern Egypt...

Making and Breaking the Working Class: Worker Recruitment in the National Textile Industry in Interwar Egypt

2012 This article examines how worker mediation to secure jobs for relatives and co-villagers in the nationalist textile industry influenced working-class formation in interwar Egypt. Mediation was conducted out of a sense of communal commitment or for commission, or indeed both. The fact that rank-and-file workers were able to intervene in the recruitment process reveals that workers were successfully able to manoeuvre in such a way as to balance their unjust work relations with the huge mill and to manipulate its system...