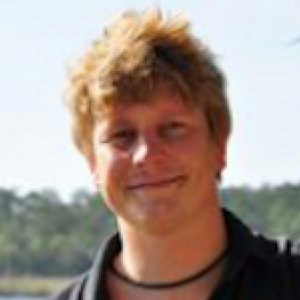 Hannes Baumann studies how fish populations are adapted to environmental variability and how they may therefore cope with unfolding marine climate change, i.e., ocean warming, acidification and oxygen decline. It also includes changes to the marine food web and natural mortality patterns such as fisheries exploitation and selection. He uses experimental, field, and modeling approaches with tools including otolith microstructure and microchemistry, fish physiology, population dynamics, and evolutionary genetics. At the University of Connecticut, he has established the Fisheries Ecology Lab as a leader in experimental research on coastal forage fish such as silversides or sand lances. 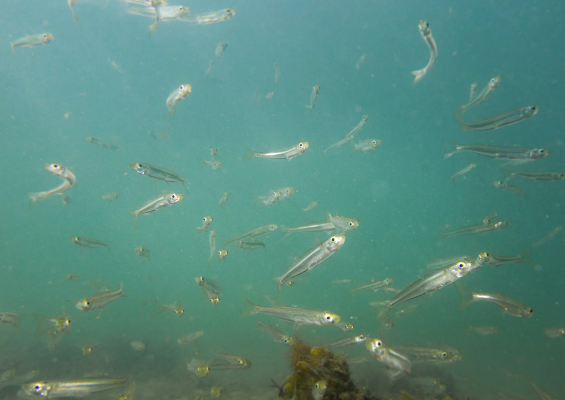 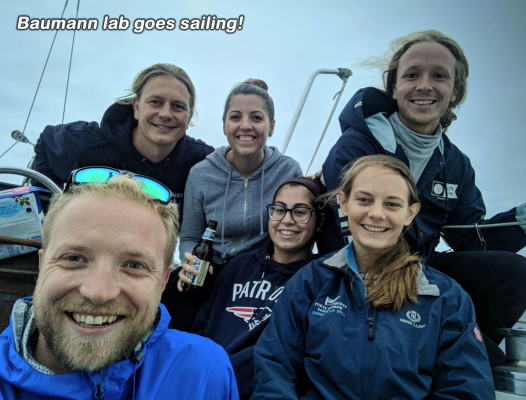 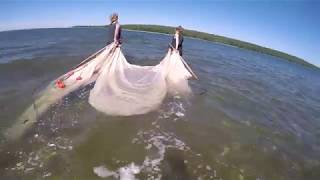 How to Crowdsource: Four Decades of Citizen Scientists in Long Island Sound

Hannes Baumann of the University of Connecticut and his master student, Jacob Snyder, took every recorded measurement from every one of the stored sheets. Baumann writes, “To us, it felt a bit like historians piecing together an ancient manuscript, anxious for the time when the data would finally speak. And then they did...”

The Effects Of Climate Change

Collaborative research: The genomic underpinnings of local adaptation despite gene flow along a coastal environmental cline

Collaborative research: Understanding the effects of acidification and hypoxia within and across generations in a coastal marine fish`

2019 Fish populations respond rapidly to fishing pressure. Within a handful of generations, marked phenotypic change can occur—often to smaller body sizes, because it is the big fish that are usually extracted. Therkildsen et al. examined wild ancestor fish lineages and found that polygenic mechanisms underpin this rapid evolutionary capacity (see the Perspective by Jørgensen and Enberg).

2019 Long-term environmental records are among the most valuable assets for understanding the trajectory and consequences of climate change. Here we report on a newly recovered time-series from Project Oceanology, a non-profit ocean science organization serving New England schools (USA) since 1972. As part of its educational mission, Project Oceanology has routinely and consistently recorded water temperature, pH, and oxygen as well as invertebrate and fish abundance in nearshore waters of the Thames River estuary in eastern Long Island Sound (LIS). We digitized these long-term records to test for decadal trends in abiotic and biotic variables including shifts in species abundance, richness, and diversity.

Experimental assessments of marine species sensitivities to ocean acidification and co-stressors: how far have we come?

2019 Experimental studies assessing the potential impacts of ocean acidification on marine organisms have rapidly expanded and produced a wealth of empirical data over the past decade. This perspective examines four key areas of transformative developments in experimental approaches.

2014 Increased nutrient loading into estuaries causes the accumulation of algal biomass, and microbial degradation of this organic matter decreases oxygen levels and contributes towards hypoxia. A second, often overlooked consequence of microbial degradation of organic matter is the production of carbon dioxide (CO2) and a lowering of seawater pH.

Hypoxia and acidification have additive and synergistic negative effects on the growth, survival, and metamorphosis of early life stage bivalves

2014 Low oxygen zones in coastal and open ocean ecosystems have expanded in recent decades, a trend that will accelerate with climatic warming. There is growing recognition that low oxygen regions of the ocean are also acidified, a condition that will intensify with rising levels of atmospheric CO2. Presently, however, the concurrent effects of low oxygen and acidification on marine organisms are largely unknown, as most prior studies of marine hypoxia have not considered pH levels.

Fukushima-derived radionuclides in the ocean and biota off Japan

2012 The Tōhoku earthquake and tsunami of March 11, 2011, resulted in unprecedented radioactivity releases from the Fukushima Dai-ichi nuclear power plants to the Northwest Pacific Ocean. Results are presented here from an international study of radionuclide contaminants in surface and subsurface waters, as well as in zooplankton and fish, off Japan in June 2011.

2011 Absorption of anthropogenic carbon dioxide by the world’s oceans is causing mankind’s ‘other CO2 problem’, ocean acidification1. Although this process will challenge marine organisms that synthesize calcareous exoskeletons or shells2,3,4,5,6, it is unclear how it will affect internally calcifying organisms, such as marine fish7. Adult fish tolerate short-term exposures to CO2 levels that exceed those predicted for the next 300 years (∼2,000 ppm; ref. 8), but potential effects of increased CO2 on growth and survival during the early life stages of fish remain poorly understood.