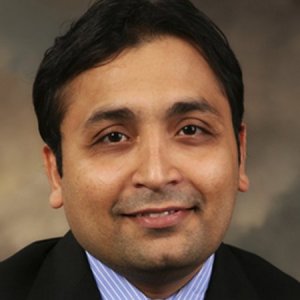 Haresh Rochani is a DrPH of Biostatistics and currently working as an Assistant Professor (Tenured track position) and the Director of the Karl Peace Center for Biostatistics of at Jian Ping HSu college of Public Health at Georgia Southern University. He has a undergraduate MBBS degree from Baroda Medical College, Maharaja Sayaji Rao University along with ECFMG (Educational Commission for Foreign Medical Graduates) certification.

Communications in Statistics-Theory and Methods

2018 In general, survival data are time-to-event data, such as time to death, time to appearance of a tumor, or time to recurrence of a disease. Models for survival data have frequently been based on the proportional hazards model, proposed by Cox. The Cox model has intensive application in the field of social, medical, behavioral and public health sciences. In this paper we propose a more efficient sampling method of recruiting subjects for survival analysis. We propose using a Moving Extreme Ranked Set Sampling (MERSS) scheme with ranking based on an easy-to-evaluate baseline auxiliary variable known to be associated with survival time. This paper demonstrates that this approach provides a more powerful testing procedure as well as a more efficient estimate of hazard ratio than that based on simple random sampling (SRS). Theoretical derivation and simulation studies are provided. The Iowa 65+ Rural study data are used to illustrate the methods developed in this paper.

2018 Misclassification of binary covariates is pervasive in survival data, leading to inaccurate parameter estimates. Despite extensive research of misclassification error in Cox proportional hazards models, it has not been adequately researched in the context of accelerated failure time models. The log-logistic distribution plays an important role in evaluating non-monotonic hazards. However, the performance of misclassification correction methods has not been explored in such scenarios. We aim to fill this gap in the literature by investigating a method involving the simulation and extrapolation algorithm, to correct for misclassification error in log-logistic AFT models and later apply this method in real survival data.