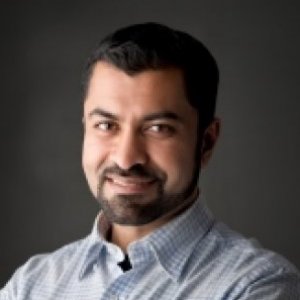 
A scholar, diplomat and author of widely acclaimed Bargain From The Bazaar and Vying for Allah's Vote. Visit haroonullah.com.

Haroon K. Ullah is a scholar, diplomat, and field researcher specializing in South Asia and the Middle East. Haroon grew up in a farming community in Washington State and was trained at Harvard University's John F. Kennedy School of Government, where he served as a senior Belfer fellow and completed his MPA.

Haroon has a PhD in Political Science and Public Policy from the University of Michigan and was a William J. Fulbright fellow, a Harvard University presidential scholar, a National Security Education Program fellow, and a Woodrow Wilson Public Service fellow. He is also the author of Vying for Allah's Vote (Georgetown University Press, 2013).

His recent book, The Bargain From the Bazaar: A Family's Day of Reckoning, published in March 2014 by PublicAffairs, has received widespread praise and acclaim, including from the New York Review of Books, the Wall Street Journal, Mother Jones, Seattle Times, NPR and Publisher's Weekly. Haroon currently serves on Secretary Kerry's Policy Planning Staff at the US State Department, focusing on public diplomacy, strategic policy and countering violent extremism.

Being Middle Class in Pakistan

Middle class life in Pakistan isn’t that different from middle class life in the United States, says Haroon Ullah. Or at least, he hopes you’ll come away with that message after reading his new book, “The Bargain at the Bazaar: A family’s day of reckoning in Lahore.” The book follows the Reza family and their three sons as they attempt to maintain normalcy in an increasingly tense environment.

Why Haroon Ullah Is Optmistic About Pakistan's Future

Steve Scher talks with U.S. diplomat and Seattle native Haroon Ullah about his book “The Bargain from the Bazaar: A Family’s Day of Reckoning in Lahore."

A Day In The Life Of An Average Pakistani

Haroon Ullah knows the pace and color of daily life in Pakistan and the delicate balance between secular and religious culture. On Wednesday's Up to Date, we talk with him about the struggles of an ordinary middle-class family just trying to live life in a region that's seen constant upheaval.

Islam and Politics in Pakistan

Islamists in Government: Do They Moderate Once in Power?

A senior State Department advisor and two Washington Institute scholars discuss what lessons can -- and cannot -- be drawn from the Islamist political experience in Egypt, Pakistan, Morocco, and other countries.

The World Affairs Council of Western Massachusetts joined with Critical Connections to present Haroon K. Ullah, an international scholar, US diplomat, and field researcher specializing in South Asia and the Middle East.

A Shopkeeper, a Terrorist, and a Law Student: Haroon Ullah

Interview on the Mimi Geerges Show

Author and State Department official Haroon K. Ullah on how the West should be dealing with Islamic parties.

ANSAS CITY, Mo. — Haroon Ullah is a Harvard graduate, a diplomat working for the U.S. State Department, and now an author. He’s just released a new book called ‘Bargain from the Bazaar,’ in which he details what he experienced and learned after spending eight years in Pakistan and Afghanistan.

The Divine Endorsement? Islam and the Ballot Box

Nancy and Haroon discuss how he came to write The Bargain from the Bazaar and how the family described in the book symbolizes the complexities of modern day Pakistan. He also talks about growing up South Asian just east of the Cascades in Richland, Washington

A look at the five myths about countering violent extremism and examining new trends in democratization.

Exploring the global trends that influence America and its future.