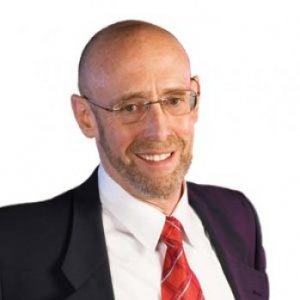 Founder and President | The Reshoring Initiative


Motivating and enabling the return of manufacturing to the US

Harry Moser is the founder and president of the Reshoring Initiative, a nonprofit organization that focuses on how to restore U.S. manufacturing, strengthen employment and reduce the budget deficit. Mr. Moser developed the Total Cost of Ownership Estimator(TM), a tool that companies can use to determine whether or not reshoring makes more sense than offshoring. Current statistics indicate that 25% of companies would do better to bring their production back to the US.
Career highlights include speaking at President Obama's 1/11/12 Insourcing Forum, testifying at a 3/28/12 Congressional hearing and winning a debate on onshoring and offshoring in The Economist. For his work, he was inducted into Industry Week's Manufacturing Hall of Fame and is Quality Magazine's 2012 Professional of the Year. He makes about 100 presentations per year and has appeared in and been quoted widely in the media including: WSJ, USAToday, NPR, CBS, C-SPAN, Fortune, Business Week, Forbes, Fox Business and The Atlantic. He received a BS in Mechanical Engineering and an MS in Engineering at MIT in 1967 and an MBA from U. of Chicago in 1981.

2012 Quality Professional of the Year (professional)

Ten national experts are recognized each year. Harry was inducted in the 2nd year.

"Kudos to making the connection and seeing the value to engage Harry with the system. The overwhelming comments coming out of his presentation highlighted the importance of his work for manufacturing competitiveness."

Terrific article, and it motivated me to do a little research on Harry Moser today. I have long advocated a Total Cost of Ownership approach to decision-making about off-shoring, but unfortunately, as Mr. Moser says in the video, companies too often embrace off-shoring because "the competition is doing it." I have seen good brands, along with industry-centred towns suffer as a result of short-sighted decisions. Mr. Moser is just the tonic that America needs. But, the workforce had better be ready if some manufacturing returns, and that means education, training, and foresight. Thanks for the article!

Made in USA (Again): Why Manufacturing Is Coming Home

Harry Moser works with U.S. manufacturers to help them recognize their profit potential as well as the critical role they play in strengthening the economy by utilizing local sourcing and production. American companies often don't consider all of the costs involved in sending their manufacturing offshore, such as inventory carrying costs, traveling costs, intellectual property risks and opportunity costs from product pipelines being too long.