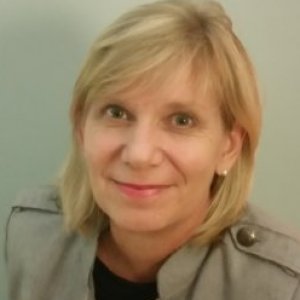 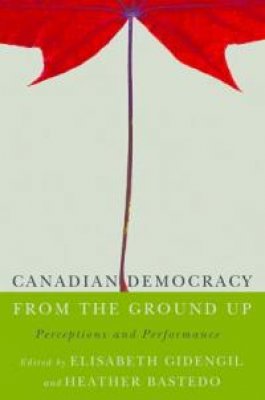 With a passion for civic and youth engagement, Heather has more than ten years of hands on experience in persuasion and motivation research, as well as extensive expertise in both qualitative and quantitative research design and execution.

A former Skelton Clark Postdoctoral fellow at Queen’s University, Heather holds a PhD and MA in Political Science from the University of Toronto, where she earned a degree in political psychology and motivation, dedicating much of that time to research focused on political and youth engagement.

Heather is co-editor of Canadian Democracy from the Ground Up: Perceptions and Performance, a book that measures the health of Canadian democracy. She has published work in the Canadian Journal of Political Science and the Journal of Youth Studies, among others.

Dr. Bastedo also serves as a founding director on the board of Canadian Association for Public Opinion Research.

When it comes to voting, all young people are not the same

This election campaign has inspired several initiatives aimed at mobilizing disengaged young people, including a petition to enlist the help of Toronto’s own Drake. This is for good reason. Turnout rates plunged in the late 1990s due to a decline in youth voting, and they have yet to recover. More people now stay home than vote for the winning party.

Political parties hoping to gain an edge on Oct. 19 should look to younger voters, experts and civic-education activists say, arguing that politicians must work toward reversing declining turnout among this demographic. “This election will be won by 1 or 2 per cent. Imagine if one of the parties decided to focus a little bit more on young people and turn the needle, how big a chunk of undecided voters could be mobilized,” said Heather Bastedo, a political science professor at Queen’s University who studies youth voter engagement.

Perception shift: What Justin Trudeau won by losing his cool

Justin Trudeau is Establishment now. Maybe it was inevitable, given who his father was, but when he became the Liberal party leader, he was supposed to be that most beloved thing in politics: a guy who pretends he isn’t a politician. No more of that. His manner of speaking is tougher; he interrupts Prime Minister Harper sometimes at debates, something that’s useless as a debate tactic but very good for showing off how grown-up you are. He had himself photographed in a gym, fighting in boxing gloves. Above all, there’s the hair. When he became the leader of the floundering Liberal party two years ago, his hair was longer, sometimes frizzier, always giving the illusion that he was too cool to cut it. Now he’s got shorter, slicker hair to go with his tougher manner.

We are consistently told it is of the utmost importance that we vote. There are commercials and non-profits dedicated to reminding us that our vote matters.

Election polling: The psychology of unlocking our opinions

Our psychological quirks have a huge effect on how we answer poll questions, writes Tom Spears, which is why pollsters spend so much time trying to get the questions right

The 'millennial' disconnect: Why politicians' overtures to young adults often miss their targets

In an old episode of The Simpsons, newsman Kent Brockman is reporting from the unemployment office: “Joblessness is no longer just for philosophy majors,” he says, “useful people are starting to feel the pinch.”

Not 'one of us': understanding how non-engaged youth feel about politics and political leadership

2015 The modern election campaign is a well-oiled machine. Campaigns are won by the smallest of margins. Strategists provide incentives for specific market segments, and potential voters are identified well before the writ is dropped. However, few questions are asked in those ...

Perceptions and Performance: How Do MPs Shape Up?

2014 Drawing from several chapters contained in Canadian Democracy from the Ground Up: Perceptions and Performance, in this article Elisabeth Gidengil and Heather Bastedo examine citizens evaluations of their elected representatives and assess ...

The Story behind the Story: Evaluating the Content of Political News

Canadian Democracy from the Ground Up: Perceptions and Performance

2014 The practice of political media in Canada is changing. News cycles are shrinking, leaving reporters and pundits with less time to develop stories and increasing their need for content that is available quickly. Recent technological changes mean that media personnel can ...

2012 We begin this analysis with some observations about the general decline in electoral participation. It has been more than two decades since scholars began to take note of the decline in voting turnout in Canada and a number of other western democracies. In ...

They Don't Stand for Me: Generational Difference in Voter Motivation and the Importance of Symbolic Representation in Youth Voter Turnout