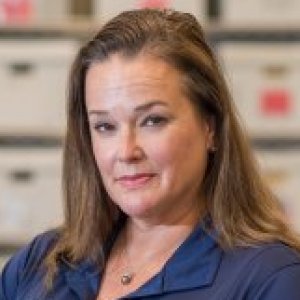 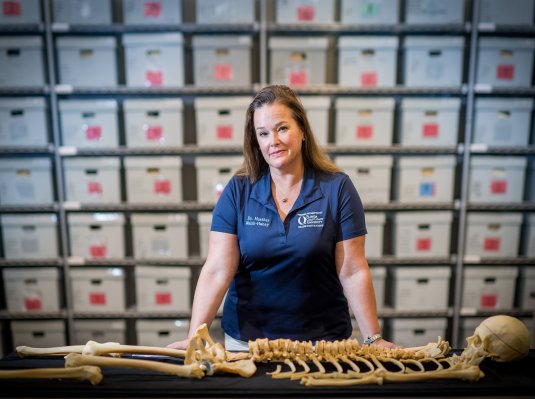 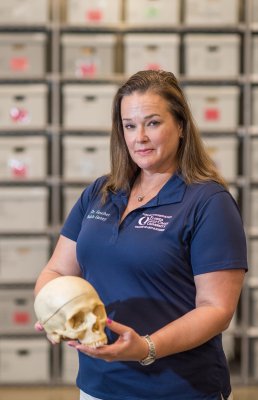 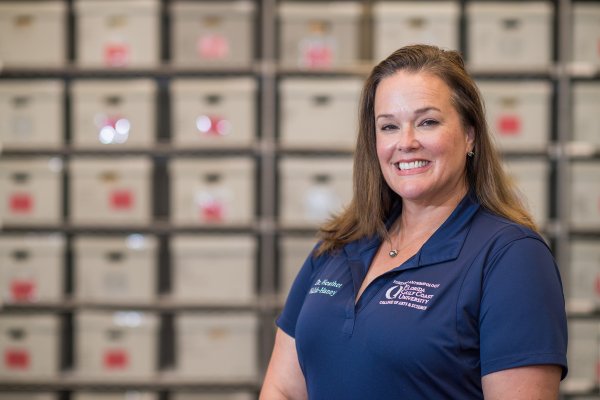 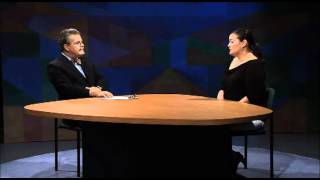 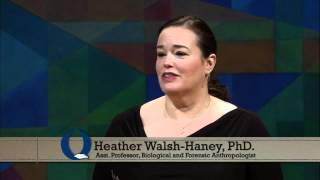 Heather Walsh-Haney is an associate professor and chair in the Department of Justice Studies at Florida Gulf Coast University. As a member of the Department of Health and Human Services Disaster Mortuary Response Team (DMORT), she helped locate and/or identify human remains from Hurricanes Wilma and Katrina and assisted in the recovery of human remains at the World Trade Center following the terrorist attacks of Sept. 11, 2001.

Walsh-Haney is also an expert in forensics and crime scene recovery. Her research has taken her to Fiji on several occasions where she has been part of a larger study concerning ritual cannibalism and foodways in modern and ancient Oceania. She also works with an interdisciplinary team of practitioners on cases of feminicide in Guatemala and to combat human rights abuses in Colombia and Guatemala.

As faculty at the National Forensic Academy in Oak Ridge, Tennessee, she teaches forensic techniques in anthropology, archaeology and osteology to law enforcement officers from both national and international agencies. She also regularly assists local law enforcement with finding and studying human remains, working on nearly 100 human remains cases every year.

2001 Presented by the American Academy of Forensic Sciences to the author of the best paper on any topic focusing on the reliability and validity of techniques, processes or methods in a forensic area of the author’s choice.

Heather Walsh-Haney discusses why the number of deaths caused by coronavirus might be undercounted.

An 8-year-old South Florida girl disappeared in 1984. A new tip may lead to her remains

Heather Walsh-Haney and her students aid the Palm Beach County Sheriff Office in the search for Christy Luna's remains.

Heather Walsh-Haney testifies in the case against Michael Haim.

Heather Walsh-Haney is part of an FGCU team searching for servicemen missing in action from World War 2.

Juror: Michael Haim was 'cool as a cucumber' and 'showed no emotion'

Heather Walsh-Haney's testimony is credited as a key moment in the Michael Haim trial.

Heather Walsh-Haney talks about Florida's unique climate necessitates the need for a "body farm" to aid the education of local law enforcement in locating and studying human remains.

Heather Walsh-Haney and her students help with the recovery of ancient skeletal remains.

Heather Walsh-Haney discusses the discovery of eight bodies in the Florida woods.

I Have Gazed on the Face of Death

Heather Walsh-Haney writes about the techniques she uses to identify bodies.

The Science and Art of Reading Bones

The Documentation and Analysis of Human Rights Abuse Cases

Through the analysis of human skeletal anatomy, Walsh-Haney's research involves how water, weather, animals, insects and plants affect estimating time since death as well as the interpretation of traumatic injuries; how traumatic injuries mark the bones of living victims of domestic violence; how to document underwater forensic and archaeological sites; the use of 3D scanning, Ground Penetrating Radar, drones, and odor to locate and document buried bodies and surface scattered remains; the biomechanics of rib fractures in children as evidence of abuse or accidental injury; the documentation of human rights abuses in Guatemala as evidence of feminicide; how human remains detector dogs identify scent thresholds in the process of locating human remains; mass fatalities response; the effectiveness of 3D technology to capture skeletal changes related to trauma; the manifestation of abnormal cranial morphology and axial developmental defects in response to environmental stressors.

Kana Tamata or feasts of men: An interdisciplinary approach for identifying cannibalism in prehistoric Fiji

2012 By integrating osteological, taphonomic, archaeological and stable isotopic data, we test for cannibalism in the Lau Group, Fiji and discuss the potential underlying cause(s) and context(s) of this behaviour. First, we compare taphonomic and element representations of human skeletal material from two contexts in Fiji, examining human bone fragments from archaeological sites, including middens and burials in the Lau Island Group. Fourteen sites produced human remains. Only two of those sites included distinct human burial contexts, but in the remaining 12 sites, the human bone was recovered from middens or contexts where midden was mixed with possible secondary burials. A total of 262 number of identified specimens per species, representing an estimated 15 minimum number of individuals make up the Lau human assemblage. Second, we analysed bones contained in 20 individual human burials from four different sites that are housed at the Fiji Museum for comparative purposes. Third, we examine previously published stable isotopic (δ13C, δ15N) analysis of bone collagen to gauge protein consumption of likely cannibalised humans in midden contexts and potential cannibals from primary burials. We model a cannibalistic diet category within the context of isotopically measured Pacific Islands food groups and apply an isotopic mixing model to gauge plausible dietary contributions from six sources including human flesh. Isotopic mixing models of the Lauan samples illustrate a high diversity in reconstructed diets. The percent contribution of human flesh is low for all individual Lauans. We conclude that mortuary rituals evidenced by sharp‐force trauma may suggest non‐nutritive and non‐violent practices that may have included the consumption of small amounts of human flesh.

Surgical sutures as a means of identifying human remains

Recovery of anthropological, botanical, and entomological evidence from buried bodies and surface scatter

2010 Excavation of buried remains or the recovery of bodies from the surface requires adherence to collection strategies, attention to detail in documentation and recording of data, and understanding of the nature of remains and the taphonomic processes they have encountered during the postmortem interval. Once a crime scene is disturbed, it can never be fully reconstructed. Skeletonized or decomposing remains present particular challenges to recovery due to the effects of segmentation, scattering, and camouflaging that may hinder identification of all the elements.