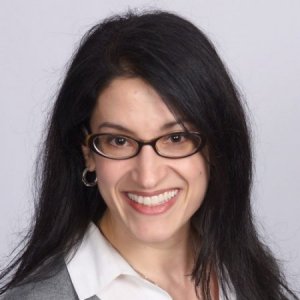 Heather M. Field is a Professor of Law at the University of California Hastings College of the Law, where she also holds the Eucalyptus Foundation Chair. She teaches a variety of tax law courses, and she leads UC Hastings’ tax law concentration program. Professor Field’s research focuses on tax elections, the role of choice in the tax law, the effect of tax law on businesses/business transactions, and professionalism in tax practice. She is a frequent speaker on tax law issues, and she has written more than a dozen articles.

While at UC Hastings, Professor Field served as the Associate Academic Dean (2013-16), and she has received awards including the Visionary Award (2013) conferred by the UC Hastings Board of Directors, the 1066 Foundation Award for Faculty Scholarship (2009), and the Rutter Award for Teaching Excellence (2008). Prior to joining the UC Hastings faculty, Professor Field was an associate at Latham & Watkins LLP in Los Angeles from 2000 to 2006. Her practiced focused on the federal taxation of corporations and partnerships and involved advising clients on the tax aspects of mergers, acquisitions, dispositions, restructurings, joint ventures, securities offerings, financial products, and structured finance transactions. Professor Field received a B.S. in Biochemistry from UCLA in 1997 and a J.D. from Harvard Law School in 2000, both magna cum laude. Professor Field is admitted to practice law in California. 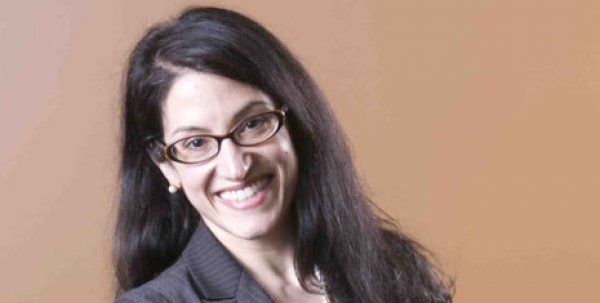 I took an indirect road to tax law – when I started college, I wanted to be a chemistry professor. I majored in biochemistry at UCLA, and I planned to pursue a Ph.D. and teach chemistry at the college level. However, near the end of my college career, I realized that although I loved studying chemistry, I did not enjoy being in the laboratory. Since it is pretty hard to be a great research chemist without spending a lot of time in the lab, I was forced to rethink my plans, and I decided to go to law school...

Is Debt Really Different in a Partnership?

The Rhetoric of Tax Loopholes

What is the Real Problem with Carried Interests?

The Return-Reducing Ripple Effects of the “Carried Interest” Tax Proposals

The Real Problem with Carried Interests

The recent proposals to reform the tax treatment of private equity, venture capital, and hedge fund managers are misguided. Policymakers and commentators often take industry-focused, results-oriented approaches to the “carried interest” debate, thereby obscuring the real source of the policy objection to carried interests. Instead of starting with a result that is objectionable and trying to find a way to change the law to avoid the objectionable result, this Article begins with the law and facts relevant to carried interests and systematically unpacks the tax rules that combine to produce the current tax treatment of carried interests. As a consequence, this Article provides structure to the voluminous discourse about carried interests, identifies the key features of the tax law that are most likely to cause hostility toward carried interests, and analyzes how to design reform proposals that are most responsive to each objection. More generally, this Article redirects attention away from the narrow carried interest issue and toward the more fundamental aspects of the tax system that need reform. Ultimately, the appropriate response to the carried interest controversy (assuming a response is warranted) depends on whether the crux of the problem is the use of equity compensation, one or more technical aspects of the partnership tax rules, revenue needs, distributive justice considerations, disapproval of the fund industry, or something else entirely. But the recent legislative proposals fail to respond effectively to any of these issues, and should be therefore abandoned. Instead, policymakers should uncover and fix their fundamental problem with carried interests.

The federal government wields tremendous power over state fiscal policy because most states’ income tax laws conform, at least to some degree, to the federal income tax laws. Extensive literature discusses the advantages and disadvantages of this tax base conformity, but scholars generally assume that the question facing state governments is to what extent the state tax provisions should conform to the federal tax provisions. Where the federal tax law provides explicit tax elections (e.g., a married couple’s choice to file jointly or separately), however, state legislators must decide not only whether the state law will conform to the federal law (i.e., affording taxpayers the same choice for state tax purposes), but legislators must also decide whether to bind each taxpayer, for state tax purposes, to the taxpayer’s federal tax choices. This additional decision matters because the simplicity, administrability, and revenue implications of election conformity can depend on whether and how state legislators constrain the taxpayer autonomy provided by the elections. Further, this additional decision presents a fundamental federalism question about how power over state fiscal policy should be allocated among the federal government, the state government, and the taxpayers themselves. Yet, despite the large number of tax elections in the federal income tax law, the existing literature regarding federal/state tax base conformity fails to provide guidance about how state legislators considering conformity to federal tax law should take into account the optionality inherent in explicit elections. This article fills that gap.

In the wake of the financial crisis, policymakers, academics, and many others are trying to figure out how to reform business practices and grow the economy. In the book entitled, Fixing the Game: Bubbles, Crashes, and What Capitalism Can Learn from the NFL (Harvard Business Review Press 2011), Dean Roger L. Martin provides a creative answer. He draws on an unlikely source — an analogy to the NFL — to advocate for changes that would shift the focus of American business away from the “expectations market” (i.e., in football, the betting world, and in business, the stock market where stock prices reflect investor expectations of future performance) and back to the “real market” (i.e., in football, the game on the field, and in business, the creation of products and services). Martin makes powerful arguments, but as with many analogies, the fit between the source (the NFL) and the target (American business) of the analogy is imperfect. And when deriving lessons through analogy, it is critical to appreciate the ways in which the analogy fails to work. Thus, this Article challenges three aspects of Martin’s analogy and explains how these challenges ought to alter Martin’s recommendations. Ultimately, by analyzing the limitations of the analogy between the NFL and American business, this Article seeks to further our ability to learn from the former to reform the latter.

The Return-Reducing Ripple Effects of the 'Carried Interest' Tax Proposals

The debate rages on about how to tax private equity fund managers and hedge fund managers who, as part of their compensation, receive rights to share in fund profits (“carried interests”). Commentators have paid relatively little attention, however, to the impact that proposals to change the tax treatment of fund managers will have on fund investors, other than to suggest that investors could suffer because managers may try to raise management fees or because overall fund profitability may decline. This Article argues that there is a much subtler reason why the carried interest tax proposals that are aimed at fund managers pose economic risks to fund investors. The reason is that a change to the tax treatment of carried interests changes the economic relationship that investors and managers created and consented to in their fund agreement, often after extensive negotiations. Specifically, the proposed increase in tax rates on carried interests, when coupled with common provisions found in fund agreements (namely, “clawback” provisions and “tax distribution” provisions), increases the risk that the economic burden of losses will be shifted from the managers to the investors without compensation; incentivizes managers to take more risk when managing fund assets; otherwise erodes the alignment of manager/investor incentives; and delays the return of investors’ capital contributions, thereby imposing a time-value-of-money cost on the investors. This Article explains the indirect route through which the carried interest tax proposals create these return-reducing ripple effects. This Article also provides guidance to investors about how they can protect themselves from harm. More broadly, this Article illustrates how changes in law can alter the economic relationships to which private parties consented under carefully negotiated contracts, thereby creating unintended (and potentially adverse) consequences to parties who are not the desired targets of the law change.

In an effort to ease the transition from school to practice, Field provides guidance to early-career tax lawyers about how to turn their growing knowledge of the tax law into useful client advice.