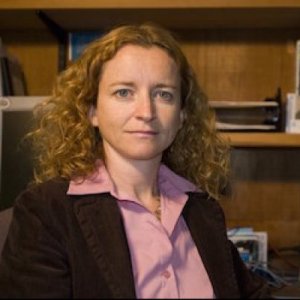 
Helen Amanda Fricker's research focuses on ice sheets in Antarctica and Greenland and their role in the climate system. 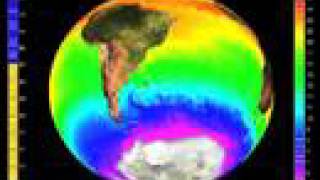 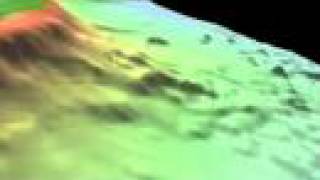 Fricker is a professor of geophysics in the Cecil H. and Ida M. Green Institute of Geophysics and Planetary Physics at Scripps Institution of Oceanography at UC San Diego.

Her research focuses on ice sheets in Antarctica and Greenland and their role in the climate system. She uses a combination of satellite radar and laser altimetry and other remote-sensing data to understand ice sheet processes. Fricker is widely recognized for her discovery of active sub-glacial lakes, and she has shown that these lakes form dynamic hydrologic systems, where one lake can drain into another in a short period of time. She is also known for her innovative research into Antarctic ice shelf mass budget processes such as iceberg calving and basal melting and freezing.

Fricker received her B.Sc., with first-class honors, in mathematics and physics from University College London and her Ph.D. in glaciology from the University of Tasmania. She joined Scripps as a postgraduate researcher. She received the Royal Tasmania Society Doctoral Award for her Ph.D. and the Martha Muse Prize for Science and Policy in Antarctica from SCAR in 2010.

Fricker is a member of the American Geophysical Union (AGU), has served as chair of AGU’s Cryospheric Sciences Focus Group, and was recognized as an AGU Fellow in 2017 for “advances in the understanding of Antarctic ice sheets, ice shelves, and subglacial hydrologic systems.”

She received the NASA Group Achievement Award for her role in the Ice, Cloud, and Land Elevation Satellite (ICESat) Mission Development Team, and was a member of the ICESat Science Team. She also serves on NASA Sea Level change Team and the ICESat-2 Science Definition Team, where she advised on land ice measurements for the ICESat-2 satellite launch in September 2018. ICESat-2 is a satellite that will use lasers to measure changes in the heights of Earth’s polar regions, helping scientists calculate future impacts on global sea level and climate.

2010 Awarded for Science and Policy in Antarctica from SCAR

2008 Awarded for her role in the Ice, Cloud, and Land Elevation Satellite (ICESat) Mission Development Team

2017 Recognized for her “advances in the understanding of Antarctic ice sheets, ice shelves, and subglacial hydrologic systems.”

“As the climate is warming, we are seeing changes in the sea level—sea level is rising,” Helen Fricker, a professor of glaciology at the Scripps Institution of Oceanography who worked with NASA on the ICESat-2 project, told WBUR. “But the ultimate thing that we're trying to get to is, how much ice will we lose and how quickly will we lose it?”

ICESat will get unprecedented view of Earth's ice

"ICESat-2 is going to observe the cryosphere with a spatial resolution at the level we have never seen before from space," explained Prof Helen Fricker from the Scripps Institution of Oceanography."

"The Union-Tribune discussed the project with Helen Fricker, a glaciologist at UC San Diego’s Scripps Institution of Oceanography who has long been part of the mission’s science team."

"We study changes in Antarctic ice shelves, along with our colleague Laurie Padman at Earth & Space Research, a nonprofit institute in Seattle. One of us, Helen Amanda Fricker, contributed to two articles in a special issue of the journal Nature that brings together current understanding of the state of Antarctica. Here’s what we see happening."

Trends and connections across the Antarctic cryosphere

2018 Satellite observations have transformed our understanding of the Antarctic cryosphere. The continent holds the vast majority of Earth's fresh water, and blankets swathes of the Southern Hemisphere in ice. Reductions in the thickness and extent of floating ice shelves have disturbed inland ice, triggering retreat, acceleration and draw-down of marine-terminating glaciers. The waxing and waning of Antarctic sea ice is one of Earth's greatest seasonal habitat changes, and although the maximum extent of the sea ice has increased modestly since the 1970s, inter-annual variability is high, and there is evidence of longer-term decline in its extent.

2018 Satellite observations of gravity anomalies, ice-surface elevation and glacier velocity show significant increases in net grounded-ice-mass loss over the past decade along the Bellingshausen Sea sector (BSS), West Antarctica, in areas where warm (> 1 degrees C) sea water floods the continental shelf. These observations provide compelling but indirect evidence that mass losses are driven primarily by reduced buttressing from the floating ice shelves caused by ocean-driven ice-shelf thinning. Here, we combine recent observations of ice velocity, thickness and thickness changes with an ice flow model to study the instantaneous dynamic response of BSS outlet glaciers to observed ice-shelf thinning, alone. Our model results show that multiple BSS outlet glaciers respond instantaneously to observed ice-shelf thinning, particularly in areas where ice shelves ground at discrete points. Increases in modeled and observed dynamic mass losses, however, account for similar to 5% of the mass loss rates estimated from gravity anomalies and changes in ice-surface elevation, suggesting that variations in surface mass balance may be key to understanding recent BSS mass loss. Our approach isolates the impact of ice-shelf thinning on glacier flow and shows that if ice-shelf thinning continues at or above current rates, total BSS mass loss will increase in the next decade.

2018 The ability to detect the surface expression of moving water beneath the Antarctic ice sheet by satellite has revealed a dynamic basal environment, with implications for regional ice dynamics, grounding-line stability, and fluxes of freshwater and nutrients to the Southern Ocean. Knowledge of subglacial activity on timescales important for near-term prediction of ice-sheet fluctuations (decadal to century) is limited by the short observational record of NASA's Ice, Cloud, and land Elevation Satellite (ICESat) laser altimetry mission used to generate the last continent-wide survey (2003-08). Here, we use synthetic aperture radar-interferometric-mode data from ESA's CryoSat-2 radar altimetry mission (2010-present), which samples 45 of the ICESat-derived subglacial lakes, to extend their time series to the end of 2016. The extended time series show that there have been surface-height changes at 20 of the 45 lakes since 2008, indicating that some of these features are persistent and potentially cyclic, while other features show negligible changes, suggesting these may be transient or nonhydrological features. Continued monitoring of active lakes for both height and velocity changes, as well as developing methods for identifying additional lakes, is critical to quantifying the full distribution of active subglacial lakes in Antarctica.

Ocean tide influences on the Antarctic and Greenland ice sheets

2018 Ocean tides are the main source of high-frequency variability in the vertical and horizontal motion of ice sheets near their marine margins. Floating ice shelves, which occupy about three quarters of the perimeter of Antarctica and the termini of four outlet glaciers in northern Greenland, rise and fall in synchrony with the ocean tide. Lateral motion of floating and grounded portions of ice sheets near their marine margins can also include a tidal component. These tide-induced signals provide insight into the processes by which the oceans can affect ice sheet mass balance and dynamics. In this review, we summarize in situ and satellite-based measurements of the tidal response of ice shelves and grounded ice, and spatial variability of ocean tide heights and currents around the ice sheets. We review sensitivity of tide heights and currents as ocean geometry responds to variations in sea level, ice shelf thickness, and ice sheet mass and extent. We then describe coupled ice-ocean models and analytical glacier models that quantify the effect of ocean tides on lower-frequency ice sheet mass loss and motion. We suggest new observations and model developments to improve the representation of tides in coupled models that are used to predict future ice sheet mass loss and the associated contribution to sea level change. The most critical need is for new data to improve maps of bathymetry, ice shelf draft, spatial variability of the drag coefficient at the ice-ocean interface, and higher-resolution models with improved representation of tidal energy sinks.