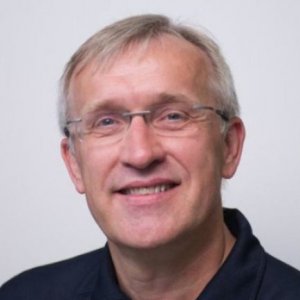 
Henrik Christensen is a national policy leader for the field of robotics and has testified before Congress on the subject. 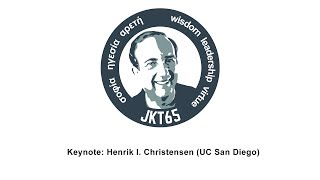 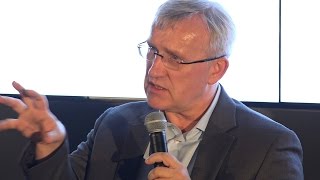 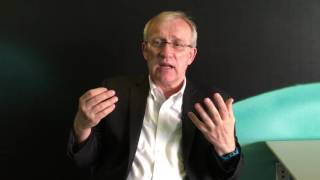 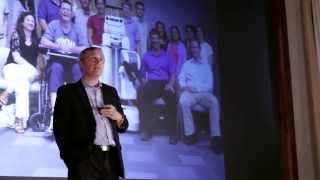 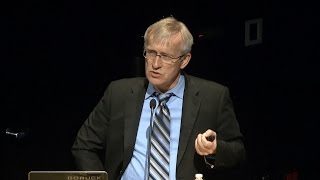 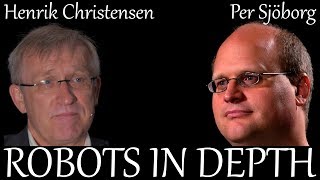 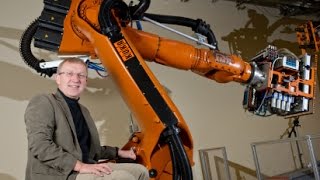 Christensen is a well known expert on robotics working on problem in autonomy vehicles and systems engineering. He is also a national policy leader for the field of robotics and has testified before Congress on the subject.

He is the head of a nationwide effort to draft a robotics roadmap and explore the field’s potential to transform U.S. society.

He currently serves as the director of the Contextual Robotics Institute here at UC San Diego. His research covers computer vision, artificial intelligence and robotics, and his primary emphasis has been on a systems-oriented approach to machine perception, robotics and design of intelligent machines. He and his team seek solutions that are theoretically sound, with well-defined implementations that can be evaluated in realistic situations. He has worked with a number of industry partners, including Boeing, KUKA, iRobot, BMW and Apple.

Before joining UC San Diego, he was the founding director of Institute for Robotics and Intelligent machines (IRIM) at Georgia Institute of Technology (2006-2016). He has published more than 350 contributions across AI, robotics and vision. Christensen received the Engelberger Award 2011, the highest honor awarded by the robotics industry. He was also awarded the "Boeing Supplier of the Year 2011" with 3 other colleagues at Georgia Tech. Christensen is a fellow of American Association for Advancement of Science (AAAS) and Institute of Electrical and Electronic Engineers (IEEE). He received an honorary doctorate in engineering from Aalborg University 2014.

2013 American Association for the Advancement of Science (AAAS)

Boeing Supplier of the Year

Could Robots Be Deployed to Front Line in Fighting COVID-19?

Robots can provide significant help in the fight against coronavirus, experts say.

But this pandemic is a unique opportunity to jump-start the development of medical robot technologies, argue a dozen roboticists in an editorial out today in the journal Science Robotics.

We've missed the mark when it comes to funding robotics development to meet critical demands during the COVID-19 pandemic. That's the takeaway from an editorial in the journal Science Robotics today, which was signed by leading academic researchers in the field.

Cobots have benefited from the ISO 10218.6 safety standard, as well as from increasing interest from small and midsize enterprises (SMEs), said Henrik Christensen, a professor at the University of California, San Diego, and editor of the U.S. Robotics Roadmap. “Ninety percent of U.S. manufacturers are SMEs,” he noted. “They’re responsible for 60% of exports.”...

Robots in Depth with Henrik Christensen

In this episode of Robots in Depth, Per Sjöborg speaks with Henrik Christensen, the Qualcomm Chancellor’s Chair of Robot Systems and a Professor of Computer Science at Dept. of Computer Science and Engineering UC San Diego. He is also the director of the Institute for Contextual Robotics. Prior to UC San Diego he was the founding director of Institute for Robotics and Intelligent machines (IRIM) at Georgia Institute of Technology (2006-2016)...

"The last hundred meters is where we have the most casualties because of snipers, because of booby traps, because of some people that are hiding in buildings," said Henrik Christensen, Ph.D., Director of UC San Diego's Contextual Robotics Institute...

How robots will change the American workforce

The experts are being brought together by Henrik Christensen, the prominent Georgia Tech engineer who was hired in July to run UC San Diego’s young Contextual Robotics Institute. Christensen said at the time, “I want to build a research institute that, ideally, will be in the top five in the world five years from now. Why not see if we can make San Diego ‘Robot Valley.’”...

“If you look at the comparisons in investment between China and the U.S., we’re going to lose,” said Henrik Christensen, director of the Contextual Robotics Institute at the University of California, San Diego. “The investments in China are billions and billions. I’m not seeing that investment in the U.S. And without that investment, we are going to lose. No doubt.”

Henrik Christensen, director of the University of California San Diego’s Contextual Robotics Institute, has issued a jarring prophecy for the next generation: “My own prediction is that kids born today will never get to drive a car.” His forecast, which he shared in a December interview with The San Diego Union-Tribune, is rooted in signs that the auto industry is racing toward a driverless future. “Autonomous, driverless cars are 10, 15 years out,” he said. “All the automotive companies—Daimler, GM, Ford—are saying that within five years they will have autonomous, driverless cars on the road.”

Navigation method for a mechanism on wheels

Realizing the potential of data science

The International Journal of Robotics Research

2017 We consider the following problem: a team of robots is deployed in an unknown environment and it has to collaboratively build a map of the area without a reliable infrastructure for communication. The backbone for modern mapping techniques is pose graph optimization, which estimates the trajectory of the robots, from which the map can be easily built. The first contribution of this paper is a set of distributed algorithms for pose graph optimization: rather than sending all sensor data to a remote sensor fusion server, the robots exchange very partial and noisy information to reach an agreement on the pose graph configuration. Our approach can be considered as a distributed implementation of a two-stage approach that already exists, where we use the Successive Over-Relaxation and the Jacobi Over-Relaxation as workhorses to split the computation among the robots. We also provide conditions under which the proposed distributed protocols converge to the solution of the centralized two-stage approach. As a second contribution, we extend the proposed distributed algorithms to work with the object-based map models. The use of object-based models avoids the exchange of raw sensor measurements (e.g. point clouds or RGB-D data) further reducing the communication burden. Our third contribution is an extensive experimental evaluation of the proposed techniques, including tests in realistic Gazebo simulations and field experiments in a military test facility. Abundant experimental evidence suggests that one of the proposed algorithms (the Distributed Gauss–Seidel method) has excellent performance. The Distributed Gauss–Seidel method requires minimal information exchange, has an anytime flavor, scales well to large teams (we demonstrate mapping with a team of 50 robots), is robust to noise, and is easy to implement. Our field tests show that the combined use of our distributed algorithms and object-based models reduces the communication requirements by several orders of magnitude and enables distributed mapping with large teams of robots in real-world problems.

Approximation and online algorithms for multidimensional bin packing: A survey

2017 The bin packing problem is a well-studied problem in combinatorial optimization. In the classical bin packing problem, we are given a list of real numbers in and the goal is to place them in a minimum number of bins so that no bin holds numbers summing to more than 1. The problem is extremely important in practice and finds numerous applications in scheduling, routing and resource allocation problems. Theoretically the problem has rich connections with discrepancy theory, iterative methods, entropy rounding and has led to the development of several algorithmic techniques. In this survey we consider approximation and online algorithms for several classical generalizations of bin packing problem such as geometric bin packing, vector bin packing and various other related problems. There is also a vast literature on mathematical models and exact algorithms for bin packing. However, this survey does not address such exact algorithms. In two-dimensional geometric bin packing, we are given a collection of rectangular items to be packed into a minimum number of unit size square bins. This variant has a lot of applications in cutting stock, vehicle loading, pallet packing, memory allocation and several other logistics and robotics related problems. In -dimensional vector bin packing, each item is a -dimensional vector that needs to be packed into unit vector bins. This problem is of great significance in resource constrained scheduling and in recent virtual machine placement in cloud computing. We also consider several other generalizations of bin packing such as geometric knapsack, strip packing and other related problems such as vector scheduling, vector covering etc. We survey algorithms for these problems in offline and online setting, and also mention results for several important special cases. We briefly mention related techniques used in the design and analysis of these algorithms. In the end we conclude with a list of open problems.

Computational visual attention systems and their cognitive foundations: A survey

2010 Based on concepts of the human visual system, computational visual attention systems aim to detect regions of interest in images. Psychologists, neurobiologists, and computer scientists have investigated visual attention thoroughly during the last decades and profited considerably from each other. However, the interdisciplinarity of the topic holds not only benefits but also difficulties: Concepts of other fields are usually hard to access due to differences in vocabulary and lack of knowledge of the relevant literature...

Situated Dialogue and Spatial Organization: What, Where… and Why?

2009 The paper presents an HRI architecture for human-augmented mapping, which has been implemented and tested on an autonomous mobile robotic platform. Through interaction with a human, the robot can augment its autonomously acquired metric map with qualitative information about locations and objects in the environment. The system implements various interaction strategies observed in independently performed Wizard-of-Oz studies...

The outbreak of COVID-19 has now become a pandemic. The new coronavirus has affected nearly all continents; at the time of writing, South Korea, Iran, Italy, and other European countries have experienced sharp increases in diagnosed cases. Globalization and increasingly interconnected economies mean most countries will be affected by COVID-19. Global effort is therefore required to break the chains of virus transmission.