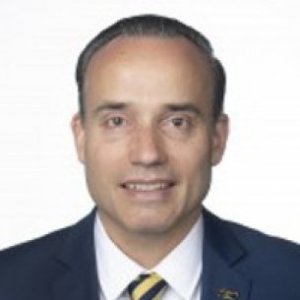 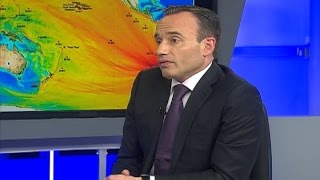 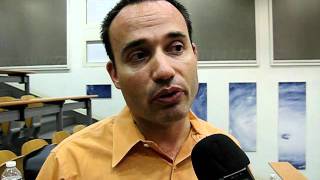 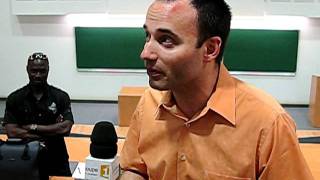 Dr. Hermann Fritz is a professor of civil engineering at the Georgia Institute of Technology (Georgia Tech). He is an expert on tsunamis and coastal hazards, such as hurricane storm surges, landslides and submarine volcanic eruptions, as well as their mitigation and coastal protection. Dr. Fritz has led or participated in more than a dozen post-disaster reconnaissance campaigns encompassing tsunami, hurricane, landslide, and earthquake events.

Dr. Fritz's research centers on fluid dynamic aspects of natural hazards such as tsunamis, hurricane storm surges and landslides as well as their mitigation and coastal protection. Dr. Fritz obtained his Doctorate degree (Dr. sc. ETH Zurich) in 2002 from the Swiss Federal Institute of Technology in Zurich (Switzerland).

“Since Anak Krakatau has been actively erupting for the past several months additional tsunamis cannot be excluded,” said Dr. Prof Hermann Fritz, from the Georgia Institute of Technology in the United States.

Hermann Fritz, from the Georgia Institute of Technology in the US, said Palu demonstrated the challenge confronting the local population. "This tsunami arrived very fast, within minutes," he stressed. "That basically leaves no time for warnings. That's very different from Japan (in 2011) where there was an eternity of time - more than 30 minutes everywhere until the first person was killed by the tsunami. That's the challenge for these local tsunamis: people have to self-evacuate."

How Climate Change Could Break the Internet

As the climate warms, frozen slopes will thaw and landslides and avalanches may become a greater hazard to deep-sea fiber, says Hermann Fritz, a professor of civil and environmental engineering at Georgia Institute of Technology in Atlanta. He recalled this 90-year-old Canadian earthquake after reading the results of Barford’s study. “Seafloor cables are very vulnerable,” Fritz adds. "A gravitational landslide on the seafloor could go on for hundreds of miles.” Even when the landslide halts, currents suspend ground rock and carry it in a turbidity current that’s like an underwater dust storm.

2019 After more than a decade of recurring tsunamis, identification of tsunami deposits, a part of hazard characterization, still remains a challenging task that is not fully understood. The lack of sufficient monitoring equipment and rare tsunami frequency are among the primary obstacles that limit our fundamental understanding of sediment transport mechanisms during a tsunami. The use of numerical simulations to study tsunami-induced sediment transport was rare in Indonesia until the 2004 Indian Ocean tsunami. This study aims to couple two hydrodynamic numerical models in order to reproduce tsunami-induced sediment deposits, i.e., their locations and thicknesses. Numerical simulations were performed using the Cornell Multi-grid Coupled Tsunami (COMCOT) model and Delft3D. This study reconstructed tsunami wave propagation from its source using COMCOT, which was later combined with Delft3D to map the location of the tsunami deposits and calculate their thicknesses. Two-dimensional horizontal (2-DH) models were used as part of both simulation packages. Four sediment transport formulae were used in the simulations, namely van Rijn 1993, Engelund–Hansen 1967, Meyer-Peter–Mueller (MPM) 1948, and Soulsby 1997. Lhoong, in the Aceh Besar District, located approximately 60 km southwest of Banda Aceh, was selected as the study area. Field data collected in 2015 and 2016 validated the forward modeling techniques adopted in this study. However, agreements between numerical simulations and field observations were more robust using data collected in 2005, i.e., just months after the tsunami (Jaffe et al., 2006). We conducted pit (trench) tests at select locations to obtain tsunami deposit thickness and grain size distributions. The resulting numerical simulations are useful when estimating the locations and the thicknesses of the tsunami deposits. The agreement between the field data and the numerical simulations is reasonable despite a trend that overestimates the field observations.

2018 Tsunamis are normally associated with submarine earthquakes along subduction zones, such as the 2011 Japan tsunami. However, there are significant tsunami sources related to submarine volcanic eruptions. Volcanic tsunamis, like tectonic tsunamis, typically occur with little warning and can devastate populated coastal areas at considerable distances from the volcano. There have been more than 90 volcanic tsunamis accounting for about 25% of all fatalities directly attributable to volcanic eruptions during the last 250 years. At the source, volcanic tsunamis can exceed tectonic tsunamis in wave height. The recent "orange" alert in July 2015 at the Kick 'em Jenny submarine volcano off Granada in the Caribbean Sea highlighted the challenges in characterizing the tsunami waves for a potential submarine volcanic eruption. Source and runup scenarios are physically modeled using generalized Froude similarity in the three dimensional NHERI tsunami wave basin at Oregon State University. A novel volcanic tsunami generator (VTG) was deployed to simulate submarine volcanic eruptions with varying initial submergence and kinematics. The VTG consists of a telescopic eruptive column with an approximate outer diameter of 1.2 m. The top cap of the pressurized eruptive column is accelerated vertically by eight synchronized 80 mm diameter pneumatic pistons with a stroke of approximately 0.3 m. The variable eruption velocities of the VTG mimic relatively slow mud volcanoes and rapid explosive eruptions. The gravitational collapse of the eruptive column represents the potential engulfment and caldera formation. Water surface elevations are recorded by an array of resistance wave gauges. The VTG displacement is measured with an internal linear potentiometer and from above and underwater camera recordings. Water surface reconstruction and kinematics are determined with a stereo particle image velocimetry (PIV) system. Wave runup is recorded with resistance wave gauges along the slope and verified with video image processing. The energy conversion rates from the volcanic eruption to the wave train are quantified for various scenarios. The measured volcanic eruption and tsunami data serve to validate and advance three-dimensional numerical volcanic tsunami prediction models.

2018 In this presentation, we shall summarize the journey we have been taking to investigate the possible generation mechanism for the tsunamis that attacked Palu city, Indonesia and along the banks of Palu Bay on September 28, 2018. During the initial phase of the investigation, USGS' finite fault models (first and second release) were used to generate the ground displacement via Okada's linear elastic dislocation model. The initial water surface profile for tsunami generation and propagation is assumed to mimic the ground displacement inside and outside of the Palu bay. The linear shallow water equation model, COMCOT, was employed for the tsunami simulations. Initially, only the GEBCO bathymetry data was available for numerical simulations. Note that the accuracy of bathymetry data could become important since the contribution of horizontal co-seismic displacements on steep seafloor slope is considered in COMCOT. Examining the tsunami simulation results, it was clear that USGS' finite fault models did not generate significant vertical ground displacements (uplift or subsidence) that yielded any noticeable tsunamis. It was evident that simulated tsunami wave heights at Pantaloan are much smaller than those recorded by the acoustic-type tidal gage. It was also realized that the GEBCO bathymetry data inside the Palu bay is not reliable. Other bathymetry data were released by Geospatial Information Agency of Indonesia (Badan Informasi Geospasial; BIG), which have three different versions (2012, 2014, and 2015). However, no detailed comparison among these data sets has been conducted; its impacts on tsunami simulation remain uncertain. We further developed three slip-distribution models by inverting the ground co-seismic displacements measured with INSAR (ALOS-2, JAXA). These models are constructed with different fault geometries. Similar to the simulated results using USGS models only small tsunamis can be generated by the co-seismic displacement of the earthquake, with amplitudes smaller than 1 m in Pantoloan and Palu city.

Observations by the international tsunami survey team in Sri Lanka

2005 In response to the 26 December 2004 tsunami, a survey team of scientists was dispatched to Sri Lanka. Measurements made by the team show that the tsunami elevation and runup ranged from 5 to 12 meters. Eyewitnesses report that up to three separate waves attacked the coast, with the second or third generally the largest. Our conclusion stresses the importance of education: Residents with a basic knowledge of tsunamis, as well as an understanding of how environmental modifications will affect overland flow, are paramount to saving lives and minimizing tsunami destruction.

2004 Landslide generated impulse waves were investigated in a two-dimensional physical laboratory model based on the generalized Froude similarity. The recorded wave profiles were extremely unsteady and nonlinear. Four wave types were determined: weakly nonlinear oscillatory wave, non-linear transition wave, solitary-like wave and dissipative transient bore. Most of the generated impulse waves were located in the intermediate water depth wave regime. Nevertheless the propagation velocity of the leading wave crest closely followed the theoretical approximations for a solitary wave. Between 4 and 50% of the kinetic slide impact energy propagated outward in the impulse wave train. The applicability ranges of the classical nonlinear wave theories to landslide generated impulse waves were determined. The main wave characteristics were related to the landslide parameters driving the entire wave generation process. The slide Froude number was identified as the dominant parameter. The physical model results were compared to the giant rockslide generated impulse wave which struck the shores of the Lituya Bay, Alaska, in 1958.