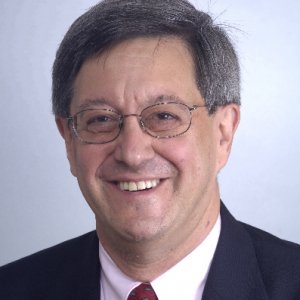 Dr. Lessin has been a practicing Pediatrician since 1982. He received his Doctor of Medicine from Stanford University in Palo Alto California and completed three years of Pediatric Residency training at Yale-New Haven Hospital. Before founding The Children's Medical Group (CMG), a practice of 24 pediatricians practicing in 8 offices and caring for more than 32,000 childre, Dr. Lessin was managing partner of the Hudson Valley Pediatric Group. At CMG, he has served as both the Medical Director and the Director of Clinical Research. Dr. Lessin was also a founding member of the Taconic IPA and served as its Chairman for 14 years. That organization now boasts over 3000 physician members serving over 150,000 patients. Dr, Lessin has broad media experience in radio, print, television and internet venues in which he provides patient education and was a member of the National Association of Medical Communicators. He appeared as host of "Kidstuff" on local radio for more than 15 years, was the author of "Pediatrician on Call" in a regional newspaper for 10 years, has appeared on local and regional television, and has written broadly on health information portals and blogs. Dr. Lessin is active on a national level in the American Academy of Pediatrics (AAP), serving as a member of the national Committee on Practice and Ambulatory Medicine, which reviews and comments upon all national AAP policies prior to publication. He is co-lead author of the national AAP policy on Immunization Coverage published and the upcoming statement on Immunizing Adult Caregivers in the Pediatric Office. He lectures nationally at AAP conferences and has been an invited speaker at multiple institutions and meetings, garnering outstanding audience reviews. Dr. Lessin is a media spokesperson for the AAP and has been quoted in The Washington Post, Wall Street Journal, NY Times and the the Associated Press. He has gone on more than a dozen medical mission trips to under-developed countries including Vietnam, Honduras, Guatemala, and Ghana. He has presented to the medical staff at multiple children's hospitals in Vietnam. For 25 years he has has served as an expert consultant in Medical Malpractice litigation for both Plaintiff and Defense. He is board certified in Pediatrics and in Pediatric Advanced Life Support.

Responsible for over-seeing all clinical research activities at the group, supervising study co-ordinators and staff, interfacing with study sponsors. I have been a principal investigator on more than 2 dozen clinical studies

Graduate of year-long Executive Leadership Program of America's Health Insurance Plans. Via mentoring, site visits, didactic sessions and hands on experience, the CMCE is immersed and trained in the cutting edge of managed care.

Over the past decade, I have gone on about a dozen medical mission trips providing free medical care to indigent patients and education to local physicians including trips to Vietnam, Honduras, Ghana, Guatemala, Jamaica, and the Dominican Republic.

Board of Directors, MVP Healthcare (professional)

MVP Healthcare is a regional not for profit health care insurance holding company comprised of multiple subsidiary corporations including MVP Health Plan, Rochester Area HMO, and multiple MVP corporations. Resulted from acquisition of Preferred Care HMO by MVP. Board is responsible for the operations of all subsidiary corporations and covers more than 650,000 lives with total annual premium revenue of nearly $3 billion.

TIPA contracts with managed care organizations to provide physician services to the contracted plan’s subscribers. With over 3000 physician members, TIPA is one of the larger IPA’s in the United States and provides care for over 150,000 plan subscribers.

A founding partner of this large group practice that resulted from the merger of Pediatric and Adolescent Associates (est.1932) and the Hudson Valley Pediatric Group (est. 1954). Through planned growth and expansion, the group now has 21 pediatricians and 3 pediatric nurse practitioners, providing care for nearly 32,000 children in eight Hudson Valley offices. The group sees about 110,000 patient visits per year and is one of the larger single specialty Pediatric groups in the USA.

This section is tasked with education physicians about Practice Management Issues and advising the AAP of the impact its policies have on practicing pediatricians.

This national level committee is responsible for reviewing and issuing practice policies and guidelines on behalf of the AAP for US pediatricians.

ADHD: Why does my child behave this way and how do I stop it?

An overview of the symptoms, diagnosis, physiology, and treatment of ADHD. Can be aimed at either parents or professionals

Given the rapid pace of healthcare refore and the changing health care marketplace, Private medical practices are going to be forced to aggregate into larger entities in order to compete. Various models of aggregating practices are discussed.

An overview of how to handle the day you get your first subpoena and the structure and process of medical practice litigation. What to do and what not to do.

ACO's and Healthcare Reform: What's a Doctor to do?

A review of the ACO concept and some things physicians might think about before joining one.

A review of practice management, economics, health care policy and what to do and not to do to navigate the changing world of healthcare