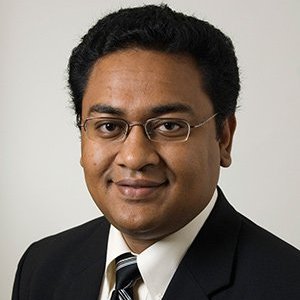 IT Use and Impacts

Strategic Use of IT in Health Care

We’re In This Together: The Role of Team Characteristics in Enterprise Process Execution and Performance

Proceedings of the 50th Hawaii International Conference on System Sciences

2017 Organizations face challenges after a new enterprise system (ES) implementation, including employee resistance and negative impacts on organizational outcomes. ESs are used by employees in coordination with their team members for executing business processes. Consequently, team characteristics are likely to play a critical role in influencing perceptions about effective process execution and performance when using ESs. Yet research has not investigated the influence of team characteristics, such as team coordination, shared mental models, and mutual trust, in overcoming challenges associated with process execution following a new ES implementation. We conducted a lab simulation to investigate the role of team characteristics to moderate the influence of process characteristics on team and process performance. We posit that even if teams initially perceive processes as complex, rigid, and radical, team characteristics can mitigate these perceptions and reduce their influence on performance outcomes.

2016 Individuals’ reactions to a new technology have been studied extensively in information systems and other literatures. We suggest that one of the possible dispositions to a new technology, ambivalence, has not been studied much in the information systems research. Ambivalence refers to a state of having both positive and negative orientations toward an object simultaneously. Our conjecture is that it is possible for an individual to have such a reaction toward a new technology. In addition to having both positive and negative orientations, ambivalence may also represent as cognition and/or emotion. We suggest that such a complex reaction and/or state can be better understood using a neurophysiological approach because this approach will help us disentangle various facets and temporal dynamics of ambivalence. In this proposed research, we seek to conduct an empirical study to understand the neural correlates of ambivalence toward a technology.

Implementation of an Information and Communication Technology in a Developing Country: A Multimethod Longitudinal Study in a Bank in India

2016 Developing countries, such as India and China, are the fastest growing economies in the world. The successful implementation of information and communication technologies (ICTs) in these countries is likely to hinge on a set of institutional factors that are shaped by the environmental tension between two competing forces, emergent catalysts, such as new economic policies and reform programs, and traditional challenges, such as infrastructure and traditional value systems. To unearth the temporal dynamics underlying the success and failure of ICT implementations in organizations in developing countries, we conducted a two-year multimethod study of an ICT implementation at a large bank in India. Based on data collected from over 1,000 employees and over 1,000 customers, we found, relative to preimplementation levels for up to two years postimplementation, that we characterized as the shakedown phase (1) operational efficiency did not improve, (2) job satisfaction declined, and (3) customer satisfaction declined. In-depth interviews of approximately 40 members of top management, 160 line employees, and 200 customers indicated that these outcomes could be attributed to the strong influence of a set of institutional factors, such as ICT-induced change, labor economics, Western isomorphism, parallel-manual system, and technology adaptation. The interplay between these institutional factors and the environmental tension posed a formidable challenge for the bank during our study that led to the poor and unintended outcomes.

A Multimethod Study of Enterprise Social Media Implementation and Use: Mitigating the Gap between Theory and Practice

2016 Enterprise social media (ESM) are web-based platforms dedicated to corporate-based communication and collaboration. Although the practitioner literature and industry reports have suggested the potential value of ESM for organizations, there has been limited research that focuses on employees' reactions to ESM implementation and their post-implementation use behaviors. The authors conducted a mixed methods study of a large-scale ESM implementation in a Fortune 500 manufacturing company and found that widely used IT adoption models and determinants failed to explain employees' ESM use. To help explain this paradoxical finding, the authors leveraged their qualitative data and found several major challenges, both internal and external, that the company faced during ESM implementation. Their findings have a number of generalizable lessons for practice as well as implications for research.

Going beyond intention: Integrating behavioral expectation into the unified theory of acceptance and use of technology

Journal of the Association for Information Science and Technology

2016 Research on information technology (IT) adoption and use, one of the most mature streams of research in the information science and information systems literature, is primarily based on the intentionality framework. Behavioral intention (BI) to use an IT is considered the sole proximal determinant of IT adoption and use. Recently, researchers have discussed the limitations of BI and argued that behavioral expectation (BE) would be a better predictor of IT use. However, without a theoretical and empirical understanding of the determinants of BE, we remain limited in our comprehension of what factors promote greater IT use in organizations. Using the unified theory of acceptance and use of technology as the theoretical framework, we develop a model that posits 2 determinants (i.e., social influence and facilitating conditions) of BE and 4 moderators (i.e., gender, age, experience, and voluntariness of use) of the relationship between BE and its determinants. We argue that the cognitions underlying the formation of BI and BE differ. We found strong support for the proposed model in a longitudinal field study of 321 users of a new IT. We offer theoretical and practical IT implications of our findings.