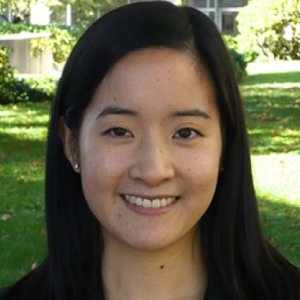 Hoai-Luu Nguyen is an Assistant Professor in the Real Estate Group at Berkeley Haas. She graduated with a PhD in Economics from MIT in 2015, and a B.Sc. in Economics with a minor in Mathematics from MIT in 2007. Prior to graduate school, she was an Assistant Economist at the Federal Reserve Bank of New York. Her research focuses on small business lending and consumer credit markets.

Bank of America, other banks retooling their branches

Hoai-Luu Q. Nguyen, an assistant business professor at the University of California at Berkeley, said she hasn’t walked into a bank branch in a decade, but for some consumers, particularly small businesses, they are crucial.

Nguyen’s research has found that access to business loans for small firms declines sharply and persists for several years after a branch closes, even if there’s another one around the corner, because so much of that lending depends on relationships built over time.

U.S. banks have shuttered nearly 5,000 branches since the financial crisis, raising concerns that more low-income and minority neighborhoods may be devolving into “banking deserts” with inadequate, or no, mainstream financial services.

When banks merge, they often close branches in an effort to cut costs and eliminate redundancies. When regulators scrutinize these closures to look for the public interest, they typically focus on the idea of avoiding "bank deserts," where residents would lack convenient access to a branch of any bank. Yet since the idea of branch closures is generally to reduce redundancy, they frequently pass regulatory muster.