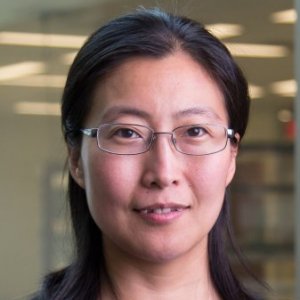 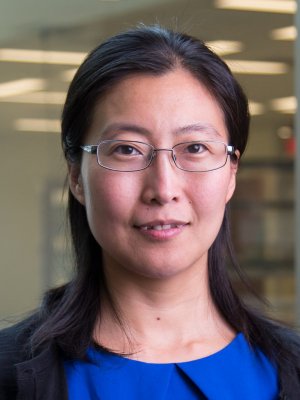 Transport and self-assembly of colloidal nanoparticles

Zhao’s current research focuses on discovering and understanding new self-assembly mechanisms of colloidal particles. Zhao pursues the approach of forming well-ordered monolayer structures by assembling colloidal particles at the air–liquid interface, creating a new paradigm in generating coatings and functional devices through inkjet printing. What drives Zhao to work hard and to strive for excellence in each of the roles that she takes is her sense of responsibility.

Mask-assisted electrospray for superoleophobic surfaces: An experimental and numerical study

2017 This paper presents both experimental work and numerical simulations of formation of superoleophobic surfaces created by mask-assisted electrospraying, followed by a second layer overlay and fluoropolymer treatment. The primary electric field focusing in the mask-assisted electrospray effectively guides the electrosprayed particulates into the mesh openings, forming characteristic pyramid-shaped pillars. The secondary focusing occurs during the overlay deposition when the electrosprayed particulates favorably deposit onto the pre-patterned pillars. Systematic studies were conducted on the effects of mask-substrate-gap and duration of the overlay deposition on the pattern morphology and wetting performance. A shorter mask-substrate-gap results in a stronger focusing effect and pillars with a larger aspect ratio. The overlay deposition firstly increases the pillar height and then changes the pillar shape from pyramids to domes with overhangs due to electrostatic interactions. All the surfaces are superhydrophobic, however, superoleophobicity varies. Surfaces that have tall pillars and overhang structures demonstrate robust superoleophobicity when compared to their counterparts with shorter pillars and absence of overhang structures. The primary and secondary electric field focusing effects exerted by the mask and the pre-patterned pillars, and their roles in pattern formation have been numerically investigated by COMSOL Multiphysics simulation. A reasonable agreement has been obtained between the numerical predictions and experimental results.

Pinning and wetting stability of liquids on superoleophobic textured surfaces

2014 Super water/oil repellency has been a very active research field and could be achieved via combination of surface texturing and chemical treatment. When a droplet is deposited on a superhydrophobic/superoleophobic surface, its contact line can be pinned somewhere on the structured surface instead of fully wetting the substrate, forming a solid-liquid-air composite interface. The focus of this article is to understand the effect of pinning and wetting stability through energy analysis and force balance. Textured surfaces with straight sidewall pillar, wavy sidewall pillar and hoodoo structures are discussed in detail. For the straight sidewall structure, it was found that the top pillar edge is a stable pinning site for water. Meanwhile, hexadecane fully wets the structure without any pinning. On the wavy sidewall structure, the protruding and concave corners are pinning sites for both water and hexadecane. However, the dominant breakthrough pressure comes from the energy barrier against contact line advancing along the re-entrant slope of the wave. On the hoodoo structure, there are two pinning sites (top and bottom corner of the hoodoo cap) for water, but only one pinning site (bottom corner) for hexadecane. The effects of solid area fraction and re-entrant angles on pinning stability are studied with the wavy sidewall structure. This study suggests that Gibbs energy analysis can be a viable approach in designing robust superoleophobic surfaces by enhancing the pinning stability and breakthrough pressure, which is strongly correlated to design parameters, for example solid area fraction, geometrical re-entrant angle and dimensions. This article contains supporting information that is available online.

2012 In this work, we report the creation of a grooved surface comprising 3 μm grooves (height ∼4 μm) separated by 3 μm from each other on a silicon wafer by photolithography. The grooved surface was then modified chemically with a fluorosilane layer (FOTS). The surface property was studied by both static and dynamic contact angle measurements using water, hexadecane, and a polyethylene wax ink as the probing liquids. Results show that the grooved surface is both superhydrophobic and superoleophobic. Its observed contact angles agree well with the calculated Cassie–Baxter angles. More importantly, we are able to make a replica of the composite wax ink–air interface and study it by SEM. Microscopy results not only show that the droplet of the wax ink “sits” on air in the composite interface but also further reveal that the ink drop actually pins underneath the re-entrant structure in the side wall of the grooved structure. Contact angle measurement results indicate that wetting on the grooved surface is anisotropic. Although liquid drops are found to have lower static and advancing contact angles in the parallel direction, the drops are found to be more mobile, showing smaller hysteresis and lower sliding angles (as compared to the FOTS wafer surface and a comparable 3-μm-diameter pillar array FOTS surface). The enhanced mobility is attributable to the lowering of the resistance against an advancing liquid because 50% of the advancing area is made of a solid strip where the liquid likes to wet. This also implies that the contact line for advancing is no longer smooth but rather is ragged, having the solid strip area leading the wetting and the air strip area trailing behind. This interpretation is supported by imaging the geometry of the contact lines using molten ink drops recovered from the sliding angle experiments in both the parallel and orthogonal directions. Because the grooved surface is mechanically stronger against mechanical abrasion, the self-cleaning effect exhibited in the parallel direction suggests that groove texturing is a viable approach to create mechanically robust, self-cleaning, superoleophobic surfaces.