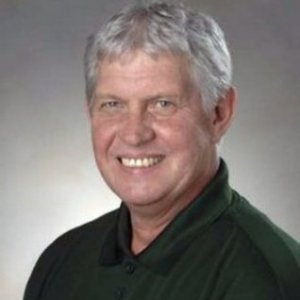 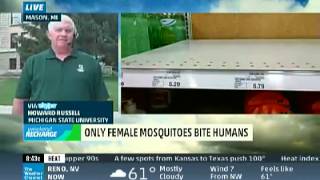 What the heck do ladybugs eat, anyway?

Ladybugs are actually “lady beetles” that belong to the family Coccinellidae, says Howard Russell, an entomologist at Michigan State University. Despite the name, though, not all ladybugs are female. In case you're not familiar with them, ladybugs are small — usually less than 1/4 inch long, Russell says — with a round or oval shape and a bright orange or red color. “Their blood or hemolymph contains toxins that repel or discourage would-be predators,” Russell says, meaning their bright coloring probably servings as a big warning sign.

How Much Should I Worry About Ticks?

Across the United States, the tiny pests could turn up in record numbers, experts predict, burrowing into the skin around ankles and hitching rides on pets. In general, will ticks just be worse and worse every year? Some experts think so. “I think there's a good chance of that,” says Howard Russell, an entomologist at Michigan State University. He says that at least in Southern Michigan, as in other areas, ticks have gotten more prevalent every year, and there's no reason to think the trend will reverse itself any time soon.

When will the cicadas go away? Here's how long they're expected to stick around

After months of anticipation, Brood X is finally here. This swarm of noisy periodical cicadas is slowly emerging across the northeastern U.S. Hilarious commentary (and incredible videos!) of the bulbous-eyed bugs are already showing up all over social media. What will the aftermath of the cicadas look like? There are a few potential things you'll spot. There will be “lots of dead cicadas, like millions of them,” says Howard Russell, an entomologist at Michigan State University. And, unfortunately, you may notice some dead tree branches. “The branch tips of trees where the females laid their eggs will die,” Russell says.

Wait, why are some bugs attracted to light? This is actually a question that's still trying to be answered. “Nobody really knows for sure why some bugs are attracted to light,” says Howard Russell, an entomologist at Michigan State University. In fact, in one 2016 study, researchers compared different types of light bulbs between July and September in open grassland around sunset (to ensure there was nothing else attracting the bugs). They collected insects in custom-made traps and found that the worst option for outdoor lighting was traditional incandescent bulbs, which attracted the most bugs. LEDs on the other hand—both “cool‐white” and “warm‐white”— were the least attractive to insects. Yellow-hued light bulbs are worth trying, too. “Yellow lights — and red lights — do not attract insects as much as regular white lights,” Russell says.

Howard Russell, an entomologist with Michigan State University, explained the difference between the cicadas that burrow up from the ground once every 17 years, and the so-called dog-day cicadas we see annually. "A brood is just a designation of when different groups of these things emerge," Russell said. "Brood 10 of course emerged the last time in 2004, so now they're scheduled to emerge again in 2021.” Yes, dragons: Alabama zoo announces birth of rare baby dragons According the U.S. Forestry Service, there are 12 known periodical cicada broods observed throughout the United States on a 17-year repeating cycle. This year's expected brood is one of the largest by geographical area.

When you see a large, skinny winged insects buzzing around your property, it’s easy to assume your home has been invaded by oversized mosquitoes. But if you look a bit closer, you might actually be dealing with a crane fly. These bugs, which are also known as mosquito killers and mosquito hawks, look a lot like the annoying bloodsucker. Crane flies are in the largest family of flies, called tiplulidae, with more than 1,600 species in North America, adds Howard Russell, M.S., an entomologist at Michigan State University. “Most species are found in damp habitats,” he says. “Many are aquatic or semi aquatic in the larval stages.”

How to Get Rid of Carpenter Ants, According to Experts

Carpenter ants, aka Camponotus spp., are on the larger size, as far as ants go. They usually range in size from 3.4 to 13 millimeters long, according to Howard Russell, M.S., an entomologist at Michigan State University. Carpenter ants are often black, but some types have a reddish or yellowish shades to them. In carpenter ants, the thorax is evenly rounded – there's no indentation, unlike with other ants, Russell says. Worker carpenter ants also have large mandibles, or mouth parts.

How to get rid of flying ants in your home, according to pest experts

From fruit flies to house flies to fungus gnats, spotting any kind of bug that can buzz about your home is a total pain. But many people don’t realize that one of the most annoying pests to eradicate—ants—can also fly until they see them hovering around indoors. Flying ants, known as alates, are sexually mature ants, according to Howard Russell, an entomologist at Michigan State University. They’re known as the “reproductives” of the colony, which were created by the queen and fed by worker ants.