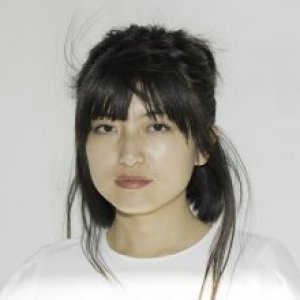 Hsinyu is an artist and educator who studies the modes by which internet shape and get shaped by social, cultural, economic, and political dynamics. She co-founded voidLab, an intersectional feminist collective for women, non-binary, gender nonconforming, trans and queer people to express individual identities through arts and technologies. Her work had been exhibited at the Hammer Museum, IndieCade, Gene Siskel Film Center, and Crosstalk Video Art Festival.

Whether or not we’d like to admit it, it is impossible for one to be completely objective when communicating information to one another. Our perspectives are shaped by our experiences, values, and personal beliefs. The importance of the narrator is what inspired UCLA’s very own feminist collective voidLab to take part in the 2016 Art+Feminism Wikipedia Edit-a-thon last week in order to write women who are artists back into history for the digital age...

voidLab: A Feminist Space for Art, Technology, and Critical Conversations

The tech industry has a well-documented problem with diversity. Seventy percent of the employees at Apple, Twitter, Youtube, and Google are men. The list of companies with similarly staggering statistics goes on and on. This means that men’s voices, particularly white men’s voices, are especially dominant in tech...

Over the last week, a handful of UCLA's Design Media Arts (DMA) students came together to take over The Broad Art Center's New Wight Gallery with rare meme, a group exhibition that questions the web culture, realities, and phenomena we spread through the ever-evolving and mutating digital realm we call "the Internet." Both injecting and taking advantages of these online-based specificities into their creative processes, Adam Ferriss, Jesse R. Fleming, Hsinyu Lin, Peter Lu, Neil Mendoza, and Theo Triantafyllidis unveil never-seen-before series of works that breathe life into an intentionally disorienting exhibition quasi-reminiscent of Richard Dawkins' theories...