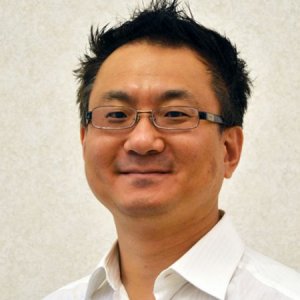 When we first developed the National Mentoring Community, we envisioned building a network of physics faculty mentors able to guide their student mentees down the educational path by opening doors, providing resources, advising them, and caring about their success, defined ultimately by the students obtaining physics degrees. What we found, when we met many of our NMC Mentors at the first National Mentoring Community Conference, were faculty mentors who did all of these things, but wanted to do much more. The NMC mentors that we met are concerned about equity in physics, are interested in learning how they can better support their mentees holistically, are concerned with being culturally competent, and genuinely care about their student mentees as people. They are committed to mentoring these students, who will become the next generation of physics-trained professionals and physicists to solve some of society’s most complex problems.

The finite part of the self-force on a static, non-minimally coupled scalar test charge outside a Schwarzschild black hole is zero. This result is determined from the work required to slowly raise or lower the charge through an infinitesimal distance. Unlike similar force calculations for minimally-coupled scalar charges or electric charges, we find that we must account for a flux of field energy that passes through the horizon and changes the mass and area of the black hole when the charge is displaced.

Kuchař showed that the quantum dynamics of (one polarization) cylindrical wave solutions to vacuum general relativity is determined by those of a free axially symmetric scalar field along arbitrary axially symmetric foliations of a fixed flat (2 + 1)-dimensional spacetime. We investigate if such a dynamics can be defined unitarily within the standard Fock space quantization of the scalar field. Evolution between two arbitrary slices of an arbitrary foliation of the flat spacetime can be built out of a restricted class of evolutions (and their inverses). The restricted evolution is from an initial flat slice to an arbitrary (in general, curved) slice of the flat spacetime and can be decomposed into (i) 'time' evolution in which the spatial Minkowskian coordinates serve as spatial coordinates on the initial and the final slice, followed by (ii) the action of a spatial diffeomorphism of the final slice on the data obtained from (i). We show that although the functional evolution of (i) is unitarily implemented in the quantum theory, generic spatial diffeomorphisms of (ii) are not. Our results imply that a Tomanaga–Schwinger type functional evolution of quantum cylindrical waves is not a viable concept even though, remarkably, the more limited notion of functional evolution in Kuchař's 'half-parametrized formalism' is well defined.