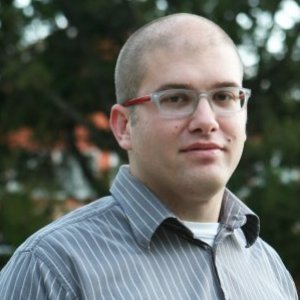 Ian Garrett is a producer, designer and administrator, dedicated to innovative arts infrastructure. He is the co-founder of the Center for Sustainable Practice in the Arts (CSPA) and Assistant Professor of Ecological Design for Performance at York University.

Ian served as the lighting curator for Scenofest at the Prague Quadrennial, is the resident designer for the Indy Convergence--an annual artistic open-space in Indianapolis and is a Vice Chair of the DanceUSA board of Trustees. He serves on Executive, Strategic, Technology and Programming committees while chairing the Branches committee.

He has designed over 100 productions, including Permanent Collection at the Kirk Douglas Theatre (2006 LA Weekly Theater Award for best lighting) and Song of Extinction with Moving Arts Theater (2008 LA Weekly Theater Award for Production of the Year). In 2007, he received the Richard E. Sherwood Award for emerging theater artists from the Center Theater Group (CTG) for the integration of ecologically sustainable practice into theater production.

As a producer, his work includes the premier of Richard Forman and Michael Gordon’s What to Wear at REDCAT and Week 42 of Suzan-Lori Parks’ 365 Days / 365 Plays in Houston and dozens of shows for the Edinburgh Festival Fringe.

Ian has served on the staff of Stages Repertory Theatre, DiverseWorks, and the Will Geer Theatricum Botancium. He has been deeply involved in arts service as the former Executive Director of the Fresh Arts Coalition in Houston, TX and as a staff member at L.A. Stage Alliance. For four years, Ian taught for the School of Theater at CalArts, including courses on production and management technology and sustainable practice.

Ian received dual MFAs in Lighting Design and Producing from CalArts, and has a BA in Architectural Studies and Art History from Rice University. More info and a portfolio of his work is available at www.toasterlab.com and the CSPA’s website, www.sustainablepractice.org

Sustainability in the Arts

While attending CalArts, I completed both the Lighting Design and Producing Masters Programs separately and concurrently.

In my Junior year I decided to leave the Architecture Studio sequence to more fully explore the available theater training and to take advantage of professional opportunities in the Houston area, working full time for Stage Repertory Theatre.

The Carbon Footprint of Theatrical Production

Sustainability case studies and innovations from around the world

The Carbon Footprint of the Performing Arts

An increasing, and justifiable, sense of alarm about the ecological crisis carries with it an imperative to rethink how society imposes the built environment upon the natural. Theater artists, like all other members of contemporary society, have an opportunity to reconsider how we do what we do. There are so many resources available, that it is less about what we do and more about the choice to do it. This session will examine current resources for considering the carbon footprint of production.