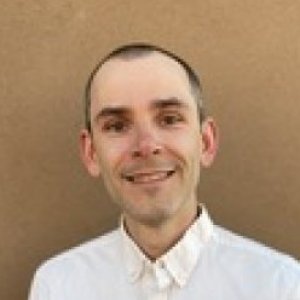 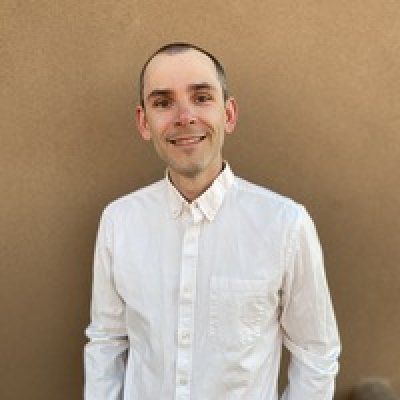 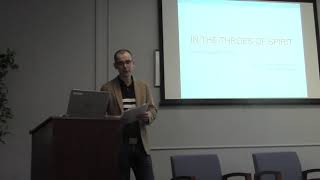 Ian Alexander Moore is an assistant professor of philosophy at Loyola Marymount University. Previously he was a faculty member at St. John's College in Santa Fe, New Mexico. He is the Associate Editor of the journal Philosophy Today. He is an expert in nineteenth and twentieth century continental philosophy, existentialism, German poetics, medieval philosophy, ancient philosophy and metaphysics.

Tutor Ian Alexander Moore is the author of Eckhart, Heidegger, and the Imperative of Releasement, a new text from SUNY Press’ Contemporary Continental Philosophy series...

Nearly 30 years after the death of philologist and editor Ernst Zinn, those going through his collection happened upon a number of typewritten pages tucked into a bound copy of “What is Metaphysics?,” a famous lecture by Martin Heidegger...

Geschlecht: Sexual Difference and the Problem of the Animal in Heidegger, Trakl, and Derrida

In this article, I analyze Heidegger’s marginalia in his personal copy of the 1946 Zurich edition of poems by Georg Trakl, which I discovered several years ago while conducting research in the castle of Heidegger’s hometown of Meßkirch.

Science, Thinking, and The Nothing As Such:On the Newly Discovered Original Version of Heidegger's "What Is Metaphysics?"

The Review of Metaphysics

On July 24, 1929 in the auditorium of the University of Freiburg, Martin Heidegger delivered what would become one of the most celebrated - and most lampooned - lectures in twentieth-century philosophy.

2018 Rector, esteemed Colleagues! What is metaphysics? This question gives rise to the expectations that there will be talk of metaphysics here.

2017 This document gathers together and translates Heidegger's notes on Paul Klee (composed sometime between Summer 1957 and Autumn 1958) that have been published up to now.

Existence, Experience, and Transcendence: An Introduction to Jean Wahl

2017 Jean Wahl, once considered by the likes of Georges Bataille and Giles Deleuze to be among the the greatest philosophers in France, and by Emmanuel Levinas to be "the life force of the academic, extra-academic, and even to a degree, anti-academic philosophy necessary to great culture," has today nearly been forgotten outside France.

Heraclitus and the Metaphysics of War in Blood Meridian

2017 This chapter outlines the judge's metaphysics of war, connecting it with other fragments of Heraclitus and Heraclitean thought. It explores Judge Holden's relationship with the kid, and explains why he was ultimately unable to succeed as the kid's spiritual father.

The Problems of Ontotheology in Eckhart's Latin Writings

Epoché: A Journal for the History of Philosophy

2018 Ever since Parmenides, the connection between thinking and being has been a central issue in philosophy, and we know that, at philosophy's 'end,' Martin Heidegger never stopped meditating on it.