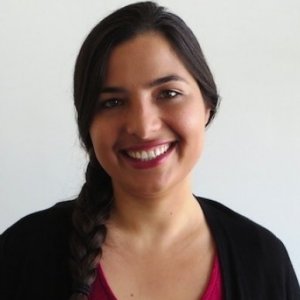 
Iglika Ivanova is Senior Economist and Public Interest Researcher at the BC Office of the Canadian Centre for Policy Alternatives. 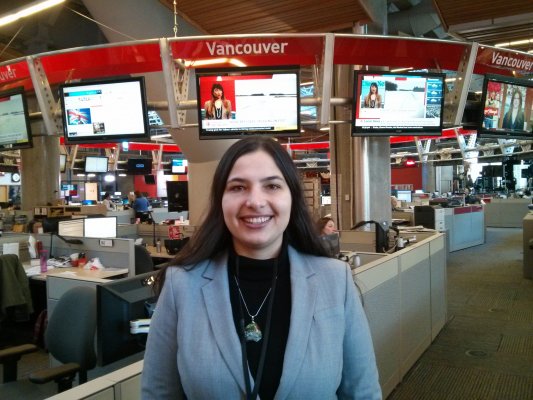 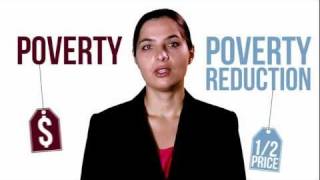 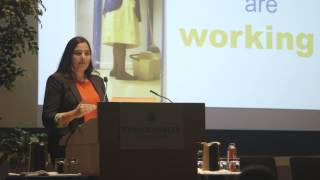 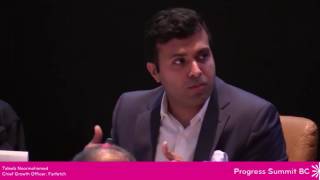 Iglika Ivanova is an economist and policy analyst with a decade of experience in analyzing Canadian labour markets and public policy. Her areas of expertise include BC and Canadian labour market issues, job quality, low wage work and living wages, poverty, income inequality, gender inequality, government finance, economic and social policy, and applying a gender and intersectional lens to public policy decisions.

In her role as Senior Economist and Public Interest Researcher at the BC Office of the Canadian Centre for Policy Alternatives, Iglika has produced high-impact research on key social and economic challenges facing Canada, and developed evidence- based policy proposals to build a more just, inclusive and sustainable economy. She is committed to sharing her policy expertise, analytical skills and proficiency with statistics with women’s organizations, anti-poverty advocates and immigrant-serving groups in the community. She regularly reviews community reports, policy briefs and articles, and assists with data analysis and interpretation.

Iglika is an active member of Canada’s associations of academic and professional economists (CEA and CABE) and engages these networks around gender and social justice issues. She is also a Young Scholar with the Institute for New Economic Thinking and a Treasurer of the Progressive Economics Forum.

When she is not doing public policy analysis, Iglika spends time thinking about how to make our communities and workplaces more inclusive, collaborative and diverse.
She volunteers on the Boards of Directors of a public interest law office in Vancouver and an immigrant-led agency that assists refugee and immigrant women experiencing domestic violence.

MA project: "Is the Canadian Labour Market Colour-Blind: Evidence of Ethnic Wage Differentials from the 2001 Census"

UBC's Sauder School of Business' Jim Brander and Canadian Centre for Policy Alternatives' Iglika Ivanova are guests on CBC Almanac to discuss raising the eligibility age for OAS and CPP.

We hear a lot about B.C.’s strong jobs performance; it’s mentioned in every speech and media appearance by our premier and members of her government. On the surface, it sounds like a good-news story with more than 73,000 new jobs created in 2016 while many provinces lost jobs. But what the premier doesn’t say is that most of these jobs were created in Metro Vancouver and Victoria, and our longer-term track record on job creation is much less rosy.

Iglika Ivanova, a senior economist with the Canadian Centre for Policy Alternatives, on what costs more in B.C. in 2017 and how it's impacting families.

Victoria tops list for best cities for women in Canada

Victoria tops the list of best Canadian city for women to live for the second year in a row due to the high ratio of government workers and public sector jobs in the city, according to a study by the Canadian Centre for Policy Alternatives (CCPA). Vancouver came in at ninth place while Montreal was sixth and Toronto was 11th. See the full list at the bottom of this story. Researchers took measured five factors in each city to come up with the list – economic security, leadership, access to health, security against violence, and education. Overall, Canada has a lot of work to do when it comes to reducing sexual harassment against women and allowing women to hold leadership roles both in the private and public sector.

Opinion: B.C. move to eliminate medical services premiums would be fair, not complicated

In an interview with Vancouver Sun columnist Vaughn Palmer earlier this summer, Premier Christy Clark confirmed her government has changed its tune on the Medical Services Plan tax, finally admitting that it’s unfair and in need of reform. MSP is an unfair tax because it takes a bigger share of income from lower- and middle-income British Columbians than from upper-earners. A two-parent family living on $40,000 a year pays $1,800 in MSP, a whopping 4.5 per cent of household income. A family making $400,000 per year pays the same $1,800 but that only represents 0.45 per cent of its income. No other province charges a tax like this. So why does B.C. still have MSP? When Clark was asked this very question in her July interview with Palmer, she replied that MSP “turned out to be a very complicated thing to try and change.” Yet other provinces that used to have similarly structured health premiums — Ontario and Alberta — successfully managed to scrap theirs within a single budget cycle.

The hidden epidemic of working poverty in Metro Vancouver

We are often told that the solution to poverty is for the poor to “get a job,” or for various sectors to create more jobs. But the reality is that a job is not a guaranteed path out of poverty. Many of the new jobs created in B.C. since the 2008 recession have been part-time, temporary and low paid. The result is a growing group of workers living in poverty, the working poor.

Is 10 dollar childcare possible for BC?

Is 10 dollars a day for childcare possible in BC? If so, what would the benefits be to the province to encourage the government to pay for it? Today on Unfiltered Geoff Hastings spoke with Iglika Ivanova, senior economist from the Canadian Centre for Policy Alternatives, to look into the issue and outline what it could mean for BC’s economy.

Women and precarity in the labour market

The hidden epidemic of working poverty in BC

Association of Service Providers for Employability and Career Training 2016 Provincial Conference  Victoria, BC

The changing nature of work and its implications for inequality: evidence from Canadian provinces

Broadbent Institute, Progress Summit BC, Panel on the BC economy in 2030  Vancouver, BC

Poverty and inequality among BC seniors: why we need to talk more about it.

Council of Senior Citizens’ Organizations of BC Annual Conference  Richmond, BC

Surrey Board of Trade breakfast dialogue  Surrey, BC

Long Overdue: Why BC Needs a Poverty Reduction Plan

Canadian Centre for Policy Alternatives, The United Way of the Lower Mainland and BC Poverty Reduction Coalition

with Seth Klein and Andrew Leyland This report examines the most recent statistics on poverty and its associated hardships in BC. In so doing, it makes clear that strong policies are urgently needed to dramatically reduce and ultimately eliminate poverty in our province.

Towards a Fair Canadian Tax System

Chapter in Tax is Not a Four-Letter Word: A Different Take on Taxes in Canada edited by Alex Himelfarb and Jordan Himelfarb (Wilfrid Laurier University Press)

with Marc Lee Taxes connect us to one another, to the common good, and to the future. This is a book about taxes: who pays what and who gets what. More than that, it’s about the role of government, about citizenship and our collective well-being, about the Canada we want. The contributors, leading Canadian practitioners and scholars, explore how taxes have become a political “no-go zone” and how changes in taxation are changing Canada. They challenge the view that any tax is a bad tax and provide broad directions for fairer and smarter approaches. This is a book that will be of interest to anyone concerned with public policy and public affairs, economics, and political science and to anyone interested in challenging the conventional wisdom that lower taxes and smaller government are the cures to what ails us.

BC Should Eliminate the MSP. Here are two better options

This short paper offers two options for replacing the MSP in BC with a fairer way of raising the same revenues. It shows how how different types of families across the income spectrum would be affected by replacing MSP with personal income tax increases. All modelling is done with Statistics Canada’s Social Policy Simulation Database and Model.

Canadian Centre for Policy Alternatives, The United Way of the Lower Mainland and BC Poverty Reduction Coalition

This study examines Metro Vancouver working poverty trends by neighbourhood pre- and post- the 2008 recession. We are often told that the solution to poverty is for the poor to “get a job” or for various sectors to create more jobs. But this study finds that a job is not a guaranteed path out of poverty. Over 100,000 working-age people in Metro Vancouver were working but stuck below the poverty line in 2012, not counting students and young adults living at home with their parents. Contrary to stereotypes about poverty being concentrated mainly in Vancouver and Surrey, this study finds the growing ranks of the working poor are spread out across the Metro Vancouver region. The study explores the economic and public policy contributing to working poverty and develops recommendations for change.

This study shows how BC can implement a $10 a day child care plan, either as a federal-provincial partnership or as a BC-only program. The province can easily afford it, and it will provide huge benefits for families, communities and the economy.

with Seth Klein and Tanyss Knowles This report calculates the 2016 Metro Vancouver living wage, the hourly wage that two working parents with two young children must earn to meet their basic expenses (including rent, child care, food and transportation), once government taxes, credits, deductions and subsidies have been taken into account. The living wage decreased for the first time in the eight-year history of the living wage campaign, down by 4 cents from the 2015 figure of $20.68/hour. This is according to Working for a Living Wage 2016: Making Paid Work Meet Basic Family Needs in Metro Vancouver, a report published by the Canadian Centre for Policy Alternatives’ BC office, First Call: BC Child and Youth Advocacy Coalition and the Living Wage for Families Campaign. The decrease is entirely due to the expansion of the Canada Child Benefit announced in this year’s federal budget.