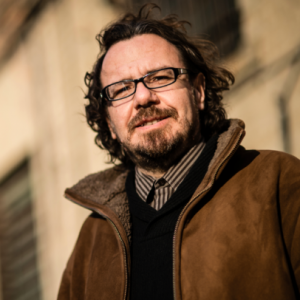 Before coming to MSU, he taught in departments of Public Policy, Urban Planning, Urban Design, and Geography at University of Toronto, Syracuse University, Dalhousie University, and Texas A&M University. Vojnovic has also worked in government and in private consulting as an urban policy researcher and analyst.

2018 Women in different cities, in different parts of a city, or even in the same neighborhood are involved in or affected by gentrification in different ways. Given the increasing socioeconomic status of women and their changing demographic characteristics, women can be viewed as the agents in the growing service economy that are driving gentrification. However, women are also the victims who suffer most from gentrification due to the feminization of poverty, a ubiquitous global phenomenon...

2018 There are substantial racial and regional disparities in obesity prevalence in the United States. This study partitioned the mean Body Mass Index (BMI) and obesity prevalence rate gaps between non-Hispanic blacks and non-Hispanic whites into the portion attributable to observable obesity risk factors and the remaining portion attributable to unobservable factors at the national and the state levels in the United States (US) in 2010. Design: This study used a simulated micro-population dataset combining common information from the Behavioral Risk Factor Surveillance System and the US Census data to obtain a reliable, large sample representing the adult populations at the national and state levels...

2018 From 2000 to 2010, the Division of Nutrition, Physical Activity, and Obesity (DNPAO) at the Centers for Disease Control and Prevention (CDC) funded 37 state health departments to address the obesity epidemic in their states through various interventions. The objective of this study was to investigate the overall impacts of CDC-DNPAO statewide intervention programs on adult obesity prevalence in the United States. Methods: We used a set of an individual-level, interrupted time-series regression and a quasi-experimental analysis to evaluate the overall effect of CDC-DNPAO intervention programs before (1998-1999) and after (2010) their implementation by using data from CDC's Behavioral Risk Factor Surveillance System...