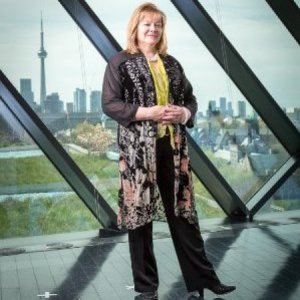 
Dr Imogen R. Coe is a scientist who is internationally recognized for her advocacy in promoting equity & diversity in science in Canada 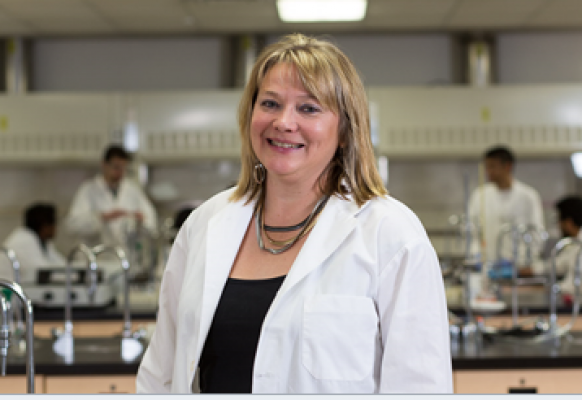 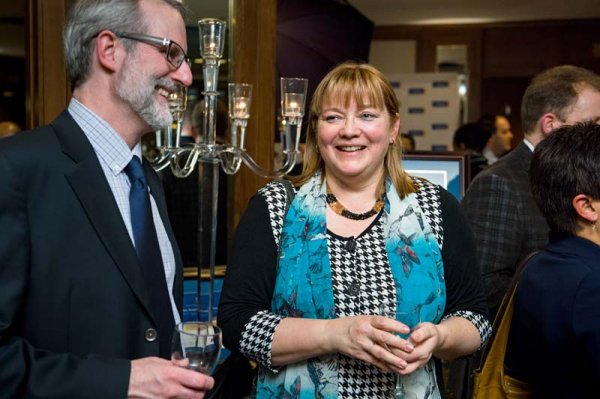 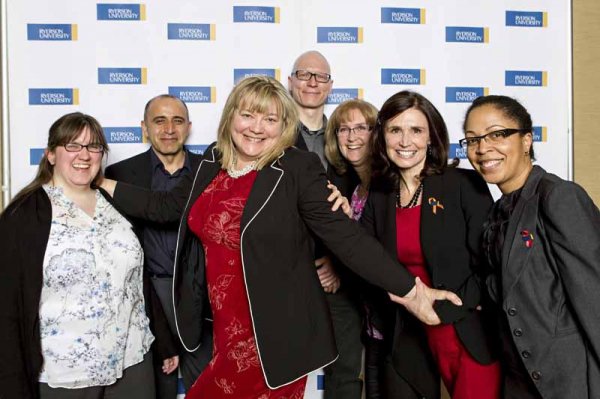 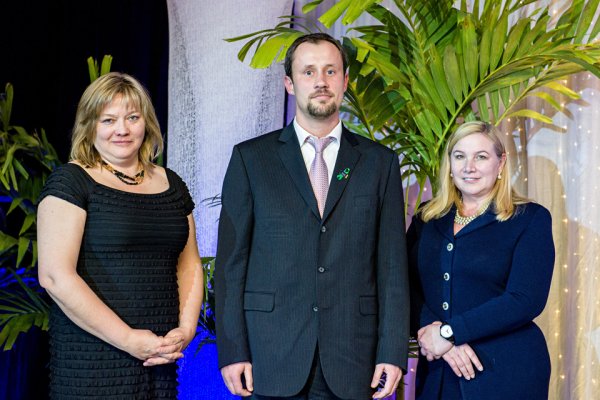 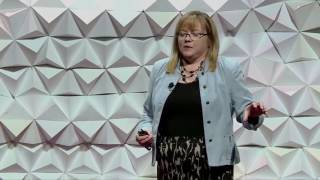 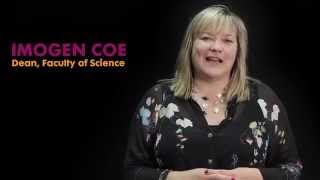 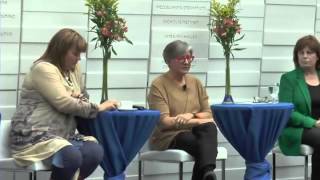 Dean of the Faculty of Science at Ryerson University and Professor in the Department of Chemistry & Biology. Dr. Coe is an award-winning scientist who continues to conduct research into enhanced understanding drug transport proteins involved in the uptake of anti-cancer, anti-viral and anti-parasite drugs.

Dr. Coe is an accomplished researcher and speaker. She has served on several national science review panels. She is internationally recognized for her scientific research which has presented at conferences and seminars across the globe and published in over 70 scholarly papers, book chapters and abstracts. Early in her research career, she was awarded the Premier’s Research Excellence Award (now known as the Early Research Award).

Dr. Coe is also a strong and articulate advocate for equity, diversity and inclusivity (EDI) in science, technology, engineering and math (STEM). She is committed to the support, promotion and retention of women and other under-represented groups in STEM. She is a highly sought speaker who makes the case for evidence-based policy changes that address organizational, institutional, structural & systemic barriers to full EDI in STEM. She is considered to be a national thought leader on these issues.

Dr. Coe holds a PhD in Biology from the University of Victoria, an MSc from the University of Victoria and a bachelor’s degree from Exeter University in the U.K. She is an affiliate scientist with Li Ka Shing Knowledge Institute, Keenan Research Centre and St. Michael’s Hospital. She is a member of the Board of Directors of the Michael Garron Hospital (formerly TEGH). She is also on the advisory board of hErVOLUTION, a non-profit organization working on access to innovative education and employment services to girls and young women in STEM as well as the advisory council for Girls in STEM, an initiative of FIRST Robotics Canada.

Equity Diversity and Inclusivity in STEM

Interview: Imogen Coe, Dean of the Faculty of Science at Ryerson

Dr. Imogen Coe is dean of the Faculty of Science at Ryerson University and an award-winning scientist who recognized for her research on the cell biology and biochemistry of drug transport proteins. She has nearly 70 scholarly papers, book chapters, and abstracts, and is a champion for urban water sustainability issues. Water Canada speaks to Coe about her love of science, views on wicked water challenges, and women in STEM...

Social Media Is Catalyzing Change for Women in Science

The hashtag #distractinglysexy gave women in science all around the world a voice that has never existed before, on this scale or in this form. Social media is a powerful tool that can be used to bring about positive change for women in science. Two recent events involving senior, highly-regarded scientists demonstrate the growing importance of social media as a catalyst for change in science...

And Imogen Coe, science dean at Ryerson University in Toronto, emphasizes that universities have—or should have—resources woman can turn to: ombudsmen and advocates. In a letter posted on Twitter, she writes, “As a Dean of Faculty of Science, this is part of my role.” ...

Advice to young scientists: Don’t worry about adviser peering down your shirt

“I thought it was appalling advice,” said Imogen Coe, dean of the faculty of science at Ryerson University in Toronto, and a professor of chemistry and biology who quickly fired off a letter to the magazine. “There has been a lot of discussion about the situation for women in science… but nobody should be having to work in an environment that’s less than respectful.”...

Dr. Imogen Coe is an accomplished, award-winning Canadian biologist. Her 15 years of research into membrane protein cell biology and biochemistry is recognized worldwide...

Women once dominated the world of coding. One of the first software businesses in the U.S., CompInc., was founded in 1958 by a woman, Elsie Shutt, who hired female programmers...

Teaching Scientists To Be Storytellers

We often hear that students need to be thinking in ways that are more entrepreneurial and innovative. Perhaps it is time to remind science students that they already are entrepreneurs. The latter launch startups to fill a need in the market while scientists find answers to fundamental questions and often come up with solutions for some of the world's most pressing problems. Both need to "sell" their findings -- scientists to governments and other scientists, entrepreneurs to venture capitalists, to obtain funding...

Chair of the Pre- Symposium and moderator of the “Post-Secondary and Beyond” panel. Canadian Science Policy Conference,  Ottawa, ON.

#ChangetheNumbers: Diversity in STEM is essential for Canada's economic future

The Lexicon of Diversity, Equity and Inclusion: Knowing the enemy within

Filling the Gaps (an organization focused on professional and personal career development for women in Toronto)  Toronto, ON.

Regulation of a transport protein, ENT1

2016 Equilibrative nucleoside transporters (ENTs) facilitate the flux of nucleosides, such as adenosine, and nucleoside analog (NA) drugs across cell membranes. A correlation between adenosine flux and calcium-dependent signaling has been previously reported; however, the mechanistic basis of these observations is not known. Here we report the identification of the calcium signaling transducer calmodulin (CaM) as an ENT1-interacting protein, via a conserved classic 1-5-10 motif in ENT1. Calcium-dependent human ENT1-CaM protein interactions were confirmed in human cell lines (HEK293, RT4, U-87 MG) using biochemical assays (HEK293) and the functional assays (HEK293, RT4), which confirmed modified nucleoside uptake that occurred in the presence of pharmacological manipulations of calcium levels and CaM function. Nucleoside and NA drug uptake was significantly decreased (∼12% and ∼39%, respectively) by chelating calcium (EGTA, 50 μM; BAPTA-AM, 25 μM), whereas increasing intracellular calcium (thapsigargin, 1.5 μM) led to increased nucleoside uptake (∼26%). Activation of N-methyl-d-aspartate (NMDA) receptors (in U-87 MG) by glutamate (1 mM) and glycine (100 μM) significantly increased nucleoside uptake (∼38%) except in the presence of the NMDA receptor antagonist, MK-801 (50 μM), or CaM antagonist, W7 (50 μM). These data support the existence of a previously unidentified novel receptor-dependent regulatory mechanism, whereby intracellular calcium modulates nucleoside and NA drug uptake via CaM-dependent interaction of ENT1. These findings suggest that ENT1 is regulated via receptor-dependent calcium-linked pathways resulting in an alteration of purine flux, which may modulate purinergic signaling and influence NA drug efficacy.

2016 Nucleosides participate in many cellular processes and are the fundamental building blocks of nucleic acids. Nucleoside transporters translocate nucleosides across plasma membranes although the mechanism by which nucleos(t)ides are translocated into the nucleus during DNA replication is unknown. Here, we identify two novel functional splice variants of equilibrative nucleoside transporter 2 (ENT2), which are present at the nuclear envelope. Under proliferative conditions, these splice variants are up-regulated and recruit wild-type ENT2 to the nuclear envelope to translocate nucleosides into the nucleus for incorporation into DNA during replication. Reduced presence of hENT2 splice variants resulted in a dramatic decrease in cell proliferation and dysregulation of cell cycle due to a lower incorporation of nucleotides into DNA. Our findings support a novel model of nucleoside compartmentalisation at the nuclear envelope and translocation into the nucleus through hENT2 and its variants, which are essential for effective DNA synthesis and cell proliferation.

2016 Human equilibrative nucleoside transporter 1 (hENT1) transports nucleosides and nucleoside analogue drugs across cellular membranes and is necessary for the uptake of many anti-cancer, anti-parasitic and anti-viral drugs. Previous work, and in silico prediction, suggest that hENT1 is glycosylated at Asn48 in the first extracellular loop of the protein and that glycosylation plays a role in correct localization and function of hENT1. Site-directed mutagenesis of wild-type (wt) hENT1 removed potential glycosylation sites. Constructs (wt 3xFLAG-hENT1, N48Q-3xFLAG-hENT1 or N288Q-3xFLAG-hENT2) were transiently transfected into HEK293 cells and cell lysates were treated with or without peptide–N-glycosidase F (PNGase-F), followed by immunoblotting analysis. Substitution of N48 prevents hENT1 glycosylation, confirming a single N-linked glycosylation site. N48Q-hENT1 protein is found at the plasma membrane in HEK293 cells but at lower levels compared with wt hENT1 based on S-(4-nitrobenzyl)-6-thioinosine (NBTI) binding analysis (wt 3xFLAG-ENT1 Bmax, 41.5±2.9 pmol/mg protein; N48Q-3xFLAG-ENT1 Bmax, 13.5±0.45 pmol/mg protein) and immunofluorescence microscopy. Although present at the membrane, chloroadenosine transport assays suggest that N48Q-hENT1 is non-functional (wt 3xFLAG-ENT1, 170.80±44.01 pmol/mg protein; N48Q-3xFLAG-ENT1, 57.91±17.06 pmol/mg protein; mock-transfected 74.31±19.65 pmol/mg protein). Co-immunoprecipitation analyses suggest that N48Q ENT1 is unable to interact with self or with wt hENT1. Based on these data we propose that glycosylation at N48 is critical for the localization, function and oligomerization of hENT1.

2016 Human equilibrative nucleoside transporter 1 (hENT1) is a major route of entry of nucleosides and nucleoside analog drugs. The regulation of hENT1 is poorly understood in spite of its clinical importance as a drug transporter. Immunofluorescence microscopy and fluorescence-activated cell sorting suggested that cytidine pre-treatment (40 μM, 6 h) promotes hENT1 internalization in a way that does not affect either hENT1-mediated nucleoside uptake or gemcitabine-induced cytotoxicity. The Scatchard plot analyses of our NBTI binding data support previous speculations that hENT1 proteins exist as two sub-populations, and suggest that cytidine pre-treatment leads to the internalization of one population.

2015 Ribavirin (RBV) continues to be an important component of interferon-free hepatitis C treatment regimens, as RBV alone does not inhibit hepatitis C virus (HCV) replication effectively; the reason for this ineffectiveness has not been established. In this study, we investigated the RBV resistance mechanism using a persistently HCV-infected cell culture system. The antiviral activity of RBV against HCV was progressively impaired in the persistently infected culture, whereas interferon lambda 1 (IFN-λ1), a type III IFN, showed a strong antiviral response and induced viral clearance. We found that HCV replication in persistently infected cultures induces an autophagy response that impairs RBV uptake by preventing the expression of equilibrative nucleoside transporter 1 (ENT1). The Huh-7.5 cell line treated with an autophagy inducer, Torin 1, downregulated membrane expression of ENT1 and terminated RBV uptake. In contrast, the autophagy inhibitors hydroxychloroquine (HCQ), 3-methyladenine (3-MA), and bafilomycin A1 (BafA1) prevented ENT1 degradation and enhanced RBV antiviral activity. The HCV-induced autophagy response, as well as treatment with Torin 1, degrades clathrin heavy chain expression in a hepatoma cell line. Reduced expression of the clathrin heavy chain by HCV prevents ENT1 recycling to the plasma membrane and forces ENT1 to the lysosome for degradation. This study provides a potential mechanism for the impairment of RBV antiviral activity in persistently HCV-infected cell cultures and suggests that inhibition of the HCV-induced autophagy response could be used as a strategy for improving RBV antiviral activity against HCV infection.

The scientific life and contributions of Augusta Ada King, Countess of Lovelace, are becoming increasingly well-known 200 years after her birth. Ada Lovelace had a privileged existence but lived in a world where girls were limited in the subjects they were taught, where young women were excluded from universities and where gender stereotypes were rigidly enforced. Despite the world in which she lived, Ada is now known as the first computer scientist. Furthermore, her scientific interests extended beyond the “thinking” machine, to biophysics and mathematical modeling of biological processes, and she may have made even more significant contributions to science had she not died at the young age of 36. We discuss the concept that the unintended consequence of her exclusion from the standard approaches to learning and teaching enabled her genius remain unfettered by conventional thinking and thus empowered her to become the visionary she was--suggesting that perhaps the greatest digital innovations will be found by disrupting the cultural constraints typically applied to technology and gender.