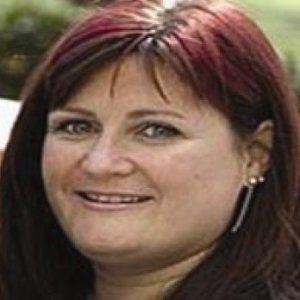 A vibrant passionate Mental Health and Suicide Prevention advocate, motivational speaker, educator and campaigner of many years, Ingrid bravely shares first hand experience and knowledge to thousands of people around the globe in workplaces and the community about humaness and the devastation of stigma through mental illness.
With regular appearances on Australian television, print media and radio, and through the company she founded mh@work (mental health@work), Ingrid has been able to touch and help others emotively and compassionately. Combining the lived experience of survival and thriving with the latest research, knowledge and understanding about what works and doesn't work,, how to have brave conversations and how to build and create mental health friendly and resilient workplaces, Ingrid spreads her infectious passion widely.
Working closely over many years with many of Australia's bluechip household organisation's and those in the United Kingdom and Europe, has seen the work of Ingrid's company win many prestigious awards as well as being formally and independently evaluated, confirming an evidence based approach and ROI to businesses in taking bold steps to address the issue of stress and mental illness in workplaces & help work to be a positive conduit to health and wellbeing.
Having developed the first interactive elearning tool focussing on Mental Health and Resilience in the workplace and the success of her co written book with Mr Bernard McNair " Creating Mentally Healthy and Supportive Workplaces" these innovative resources have been distributed to more than 250,000 employees in Australia alone.
An official ambassador of Lifeline, Australia's largest charity Ingrid has also participated on many national boards, committees, advisory groups and research grant applications. Ingrid has helped both side of government COAG deliberations via the Prime Minister and Cabinet with respect to mental health reform with previous and current Australian Federal Governments.
Ingrid shares her journey of loving, living and working with many people in her family and workplaces who have been touched directly and indirectly by mental illness and suicide. Ingrid is a survivor and shares her vulnerability that has become her strength and personal and professional crusade, so as we aren't left with wondering what if we had of reached out and asked someone how they were coping?

Managing Mental Illness in the Workplace

"Creating Mentally Healthy and Resilient Workplaces for Manager's and Workplaces"

Using the lived experience, Ingrid's powerful emotive presentations helps reduce stigma & discriminatory practices about mental health problems and suicide. With focus on the workplace, Ingrid shares her journey of vulnerability to recovery and strength from which her successful company mh@work was established & nurtures workplaces, via an evidence based approach, to better manage these issues. The presentation includes what is appropriate to say, not say and how to have brave conversations.