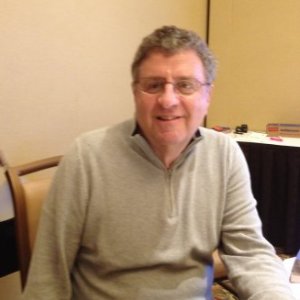 Ira Glovinsky, PhD, is the co-lead of the doctoral program in Infant and Early Childhood Development with an emphasis on mental health and developmental disabilities.

Dr. Glovinsky is a licensed psychologist with a background in psychology and special education. He graduated from The University of Michigan with a PhD in Special Education with a specialty in emotional impairments in children. He then went on to receive his license in psychology. Dr. Glovinsky worked closely with Dr. Stanley Greenspan and published two books on Bipolar Patterns in Children and Moodswings in Young Children with Dr. Greenspan. He has published articles on pediatric bipolar disorder in refereed journals.

Dr. Glovinsky’s background includes work in neonatal intensive care and in early intervention for preschool aged children with emotional disturbances. He has directed two clinical preschool programs, including one at Hawthorn Center; a children’s psychiatric hospital in Northville, Michigan; and The Village Education Center, formerly in Berkley, Michigan.

Dr. Glovinsky also has a specialty in autism spectrum disorders and is certified in Developmentally Based, Individual Difference, Relationship Based (DIR) treatment. He is on the faculty of the ICDL Institute and does supervision and training of professionals. He is one of two professionals to be certified in DIR in Michigan.

(May, 2012) Maine Association for Infant Mental Health Conference  Portland, ME

The concept of bipolar disorder in children: A history of the bipolar controversy

(2009) Before the last 150 years, the use of the term "mania" to mean any kind of agitated state, and the term "childhood" to include people up to their early 20's, make historical identification of manic-depression in children difficult. Not long after Kraepelin's seminal work was ...

(2004) Specific features and diagnostic boundaries of childhood bipolar disorder (BD) remain controversial, and its differentiation from other disorders challenging, owing to high comorbidity with other common childhood disorders, and frequent lack of an episodic ...

(2004) Pediatric bipolar disorder (BPD) can be misdiagnosed as a depressive, attention, conduct, or anxiety disorder, and treatment with antidepressants and stimulants is common. Risk of adverse outcomes related to such treatment remains poorly defined. ...

(2004) The German psychiatrist and philosopher Theodor Ziehen (1862–1950), little known in psychiatry today, wrote one of the first systematic treatises on child psychiatry in the early years of the twentieth century. This report provides the first English translation of ...

(1993) Videotaping is used in an "interactional guidance" model to evaluate children from infancy through the preschool years. This article discusses the use and value of videotaping parent-infant interactions in evaluating young children and their families. The model is ...