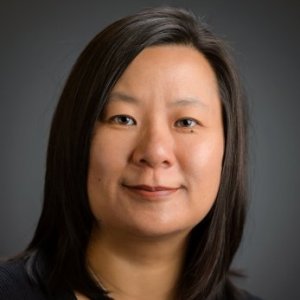 
Irene Kan, PhD, investigates the neural bases of human memory and executive functions, as well as the effects of healthy aging on memory.

The study of the link between biology -- especially the brain -- and behavior is Dr. Kan's forte. Reporters working on stories about behavioral disorders arising from conditions such as Organic Amnesia, Traumatic Brain Injury, and a variety of neuropsychological disorders will find Dr. Kan a premier source. The effect of neural functioning on memory and language is her special area of emphasis.

How to Find Your Missing Keys and Stop Losing Other Things

You were sure you left the keys right there on the counter, and now they are nowhere to be found. Where could they be? Misplacing objects is an everyday occurrence, but finding them can be like going on a treasure hunt without a map. ... Irene Kan, a professor of psychology at Villanova University who specializes in memory and cognition, said in an email that the key to finding misplaced items is forming a mental image of what you were doing or feeling when you last saw the missing item.

2009 The role of semantic support in new learning: Evidence from memory disorders

2004 Organization and retrieval of conceptual knowledge

The roles of chronological age and time perspective in memory positivity

2017 The observation that older adults show enhanced cognition for emotionally positive information has been labeled the positivity effect (Reed, Chan, & Mikels, 2014). According to the Socioemotional Selectivity Theory (SST, Carstensen, 1991), a prominent lifespan development theory, cognition is strongly influenced by motivational goals, and these goals are impacted by subjective time perspective. Although the positivity effect is most commonly observed in older adults, as age usually co-varies with time perspective, the SST posits that time perspective, not age, is the key explanatory factor of positivity. We examined the effects of these predictors on positivity in an episodic memory task in younger and older adults and found that age, not time perspective, was a key predictor of memory positivity. Our results add to the growing literature that challenge the notion that time perspective is the driving force behind age-related differences in emotional processing and functioning.

To adapt or not to adapt: The question of domain-general cognitive control

2013 What do perceptually bistable figures, sentences vulnerable to misinterpretation and the Stroop task have in common? Although seemingly disparate, they all contain elements of conflict or ambiguity. Consequently, in order to monitor a fluctuating percept, reinterpret sentence meaning, or say “blue” when the word RED is printed in blue ink, individuals must regulate attention and engage cognitive control. According to the Conflict Monitoring Theory (Botvinick, Braver, Barch, Carter, & Cohen, 2001), the detection of conflict automatically triggers cognitive control mechanisms, which can enhance resolution of subsequent conflict, namely, “conflict adaptation.” If adaptation reflects the recruitment of domain-general processes, then conflict detection in one domain should facilitate conflict resolution in an entirely different domain. We report two novel findings: (i) significant conflict adaptation from a syntactic to a non-syntactic domain and (ii) from a perceptual to a verbal domain, providing strong evidence that adaptation is mediated by domain-general cognitive control.

Journal of the International Neuropsychological Society

2010 Several prominent models of confabulation characterize the syndrome as a failure in controlled aspects of memory retrieval, such as pre-retrieval cue specification and post-retrieval monitoring. These models have been generated primarily in the context of studies of autobiographical memory retrieval. Less research has focused on the existence and mechanisms of semantic confabulation. We examined whether confabulation extends to the semantic domain, and if so, whether it could be understood as a monitoring failure. We focus on post-retrieval monitoring by using a verification task that minimizes cue specification demands. We used the semantic illusion paradigm that elicits erroneous endorsement of misleading statements (e.g., "Two animals of each kind were brought onto the Ark by Moses before the great flood") even in controls, despite their knowing the correct answer (e.g., Noah). Monitoring demands were manipulated by varying semantic overlap between target and foils, ranging from high semantic overlap to unrelated. We found that semantic overlap modulated the magnitude of semantic illusion in all groups. Compared to controls, both confabulators and non-confabulators had greater difficulty monitoring semantically related foils; however, elevated endorsement of unrelated foils was unique to confabulators. We interpret our findings in the context of a two-process model of post-retrieval monitoring.