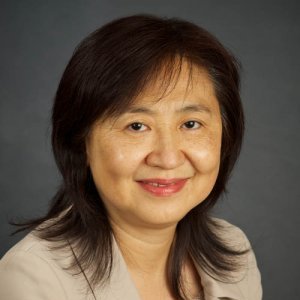 
Expert in elderly health and gerontology, and currently directs the China Program 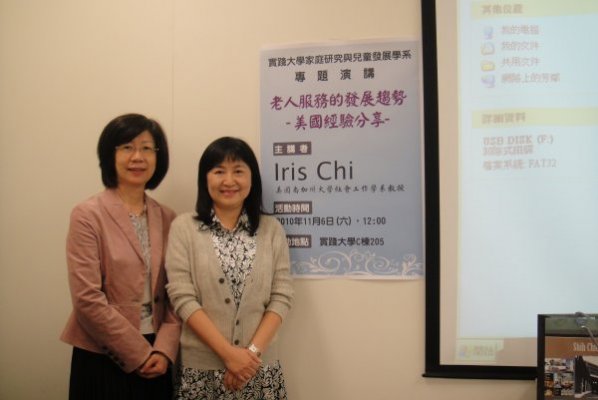 Professor Iris Chi is the Chinese-American Golden Age Association/Frances Wu Chair for the Chinese Elderly at the USC Suzanne Dworak-Peck School of Social Work and a senior scientist at the USC Edward R. Roybal Institute on Aging. Prior to joining USC, she taught at the University of Hong Kong (HKU) and was the founding director of Sau Po Centre on Aging at HKU. An expert in health and gerontology, Dr. Chi has participated in more than 100 studies and published over 300 articles and book chapters. She has been elected as a Fellow of the Gerontological Society of America, the American Academy of Social Welfare and Social Work, interRAI, the Phi Tau Phi Scholastic Honor Society of America, and IAGG (Asian & Oceania region). Dr. Chi is an honorary professor, consultant and senior advisor to more than 30 local and overseas universities and research institutes. She is also the associate editor and an editorial board member for many gerontology and social work journals.

To reference the work of Iris Chi online, we ask that you directly quote their work where possible and attribute it to "Iris Chi, a faculty at the USC Suzanne Dworak-Peck School of Social Work” (LINK: https://dworakpeck.usc.edu)

USC Trustee Daniel M. Tsai and his wife, Irene Chen MA ’83, were concerned about the growing aging society in Taiwan, a country that has faced low fertility rates in recent decades. Tsai and Chen, who both have aging parents, wanted to empower older adults through technology...Wu explored whether tablet computers could be an effective medium among older adults to decrease isolation and improve their general well-being. She collaborated with research assistant professor Hsin Yi-Hsiao, project manager Yi-Chuan Tseng and Iris Chi, holder of the Chinese-American Golden Age Association/Frances Wu Chair.

Battered but not broken in the Philippines

The USC team plans to maintain its relationship with the Philippine government and humanitarian nongovernmental organizations. The Philippines and certain developing countries that are routinely and increasingly battered by violent storms will need to continue to contend with the effects, both physical and mental, that can last for years. Backed by environmental change research by USC School of Social Work scholars Wong, Lawrence Palinkas and Iris Chi, among others, the USC team sees helping other countries as a social obligation.

A $1.5 million donation from a couple with strong ties to USC will enable researchers at the USC School of Social Work to explore how technology can promote health among older adults in Taiwan...“It’s a platform to close the digital divide and give them a tool to do better self-care,” said Wu, a researcher with the school’s Roybal Institute on Aging who will be working with Clinical Assistant Professor Hsin-Yi Hsiao and Professor Iris Chi, holder of the Chinese-American Golden Age Association/Frances Wu Chair for the Chinese Elderly.

Why are endowed chairs important?

“It carries with it some recognition outside of social work,” she said. “People who review grants recognize it. It signals that you are doing something important and unique.” Similar sentiments were shared by her colleague, Iris Chi, who was named the Chinese-American Golden Age Association/Frances Wu Chair for the Chinese Elderly upon joining the school’s faculty in 2004. Although she had been a well-established and recognized researcher in gerontology and issues of aging among Chinese older adults, Chi said she has also noticed a change after receiving the title.

Training needs for dementia care in China from the perspectives of mental health providers: who, what, and how

2017 This paper aims to understand the training needs of dementia care from the perspectives of mental health providers by examining who should be the trainees, what should be the contents of training, and how to deliver the training in China.

2017 Three major themes emerged regarding challenges older Chinese immigrants encountered in aging in the United States: language barriers, loneliness and social isolation, and insufficient use of social services. Four themes were identified regarding resilience protective factors: acceptance and optimism; independence and autonomy; informal social support; and use of the formal social welfare system.

Mediating effect of decline in social activities on urinary incontinence and negative mood: Do sex and marital differences exist?

2017 We tested the mediating effect of decline in social participation on urinary incontinence (UI) and negative mood in older adults by sex and marital status. We carried out secondary analysis of data collected from 5301 Chinese adults aged 60 years or older in Hong Kong who had completed an initial screening instrument for subsidized long-term care services in 2010. Path analysis within structural equation modeling was carried out.

2017 We aimed to investigate the relationship of engagement in social and cognitive activities and social support with the sense of community (SOC) and its components among older Chinese Americans. The Sense of Community Index (SCI) was used to measure SOC and its four component factors: membership, influence, needs fulfillment, and emotional connection.

Worry about not having a caregiver and depressive symptoms among widowed older adults in China: the role of family support

2016 Using the stress-coping framework, this study examined whether worry about not having a caregiver in old age was associated with depressive symptoms among widowed Chinese older adults, including the moderating effects of self-perceived family support.

2015 The present study aims to describe the prevalence of potential elder abuse, and to examine correlates of abuse screening items among Chinese community-dwelling older adults.